HAZLE TOWNSHIP, Pa. —  For decades, a part of Luzerne County has remained untouched after mining shut down in part of Hazle Township. People who live in t... 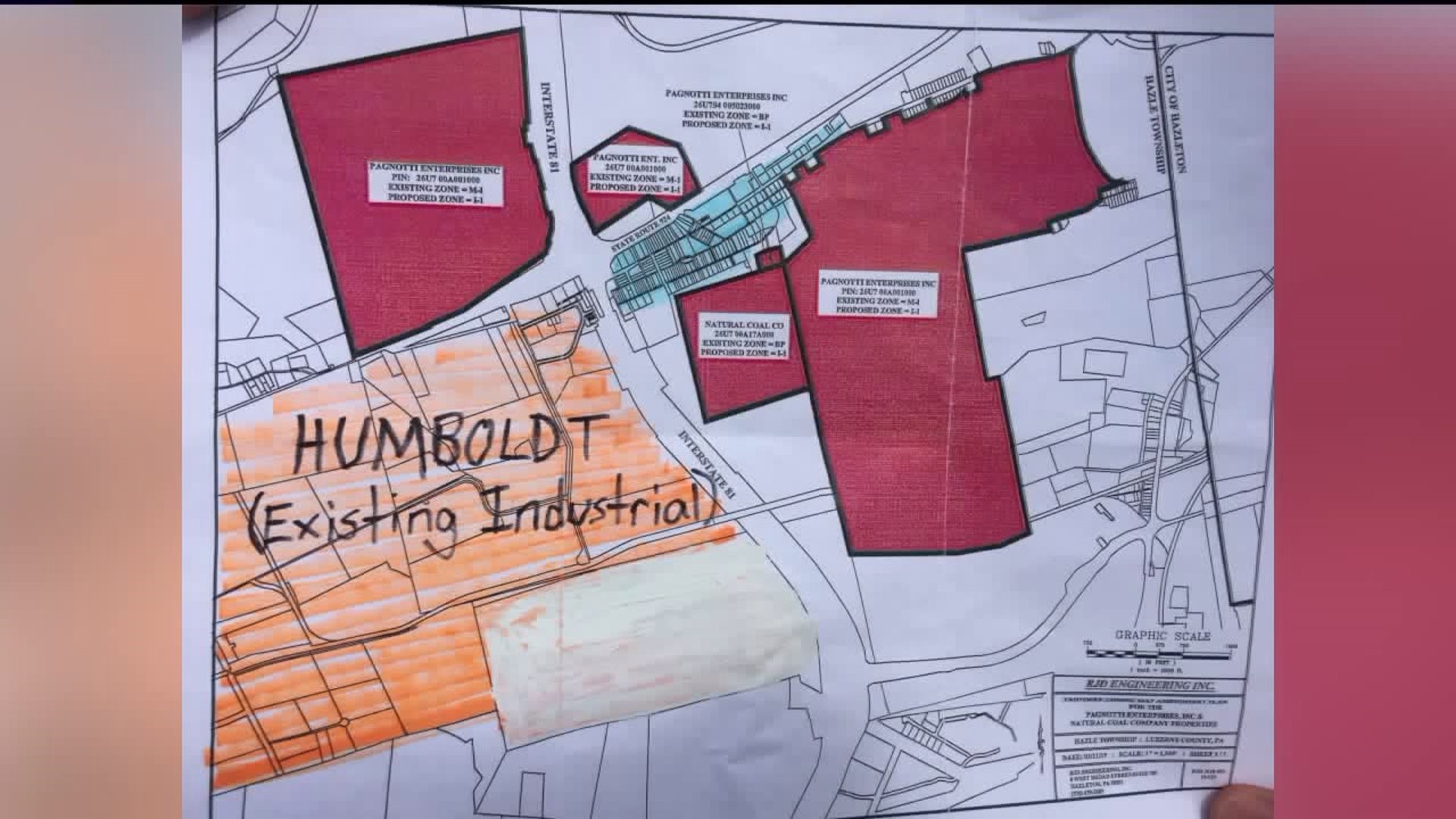 HAZLE TOWNSHIP, Pa. --  For decades, a part of Luzerne County has remained untouched after mining shut down in part of Hazle Township.

People who live in the village of Harwood tell us about a month ago, they found out that nature-filled area around their homes could soon be replaced by construction, big warehouses, and a lot of tractor-trailer traffic.

For decades, the old coal mines that filled this part of Hazle Township have gone untouched and have been reclaimed by nature. It's something the people who live in Harwood enjoy.

Recently, residents found out that could soon change.

"About a month or so ago, we got a letter, find out that they wanted to rezone, literally, all the land around Harwood to industrial and we already have Humboldt Industrial Park on the other side of (Interstate) 81, so we literally would become an island in the middle of an industrial park," said resident Andy Tritt.

"Most of it's covered in trees, you know, and people have used this area for a long time as a recreation area," said resident John Petrill.

Petrill says the proposed new zoning could mean warehouses in his backyard. He and his neighbors don't think the proposed benefits of industrial development here outweigh the possible negative impacts.

Newswatch 16 reached out to the possible developers of this area and stopped by the Hazle Township building to see if those studies are something that's being considered. We had to leave messages with both.

People who live here hope their voice can be heard before a decision that impacts their quality of life is made.

"There's going to be a loss of a lot of freedom and I don't feel that what is going to go there is going to compensate for the loss of it," Petrill said.

"We kind of feel like powers outside of ourselves are putting us in a very helpless position," Tritt added.

There is one more meeting planned for Harwood residents to speak with Hazle Township supervisors about that possible rezoning before a decision is made. The date for that meeting has not been set yet.