Community Hopes Restaurant Will Bounce Back after Fire

BUTLER TOWNSHIP, Pa. —  A charred roof and boarded up windows are now the sight for those driving by Evan’s Roadhouse near Drums. “Kinda smell... 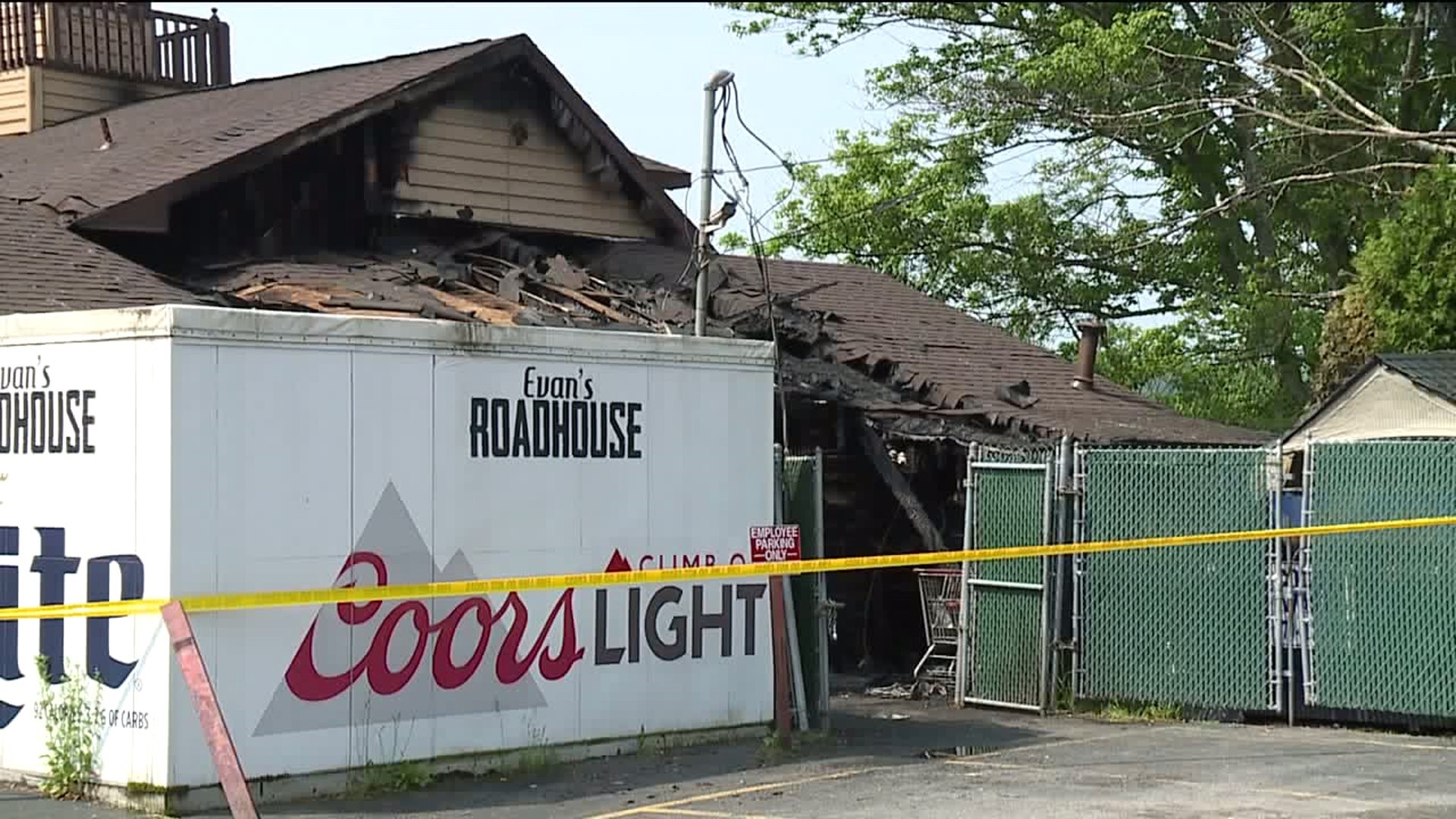 BUTLER TOWNSHIP, Pa. --  A charred roof and boarded up windows are now the sight for those driving by Evan's Roadhouse near Drums.

"Kinda smell it in the air and it's sad," said Barbara Matta.

Fire crews worked to put out the flames that gutted the rear of the restaurant Friday and caused smoke and water damage in the rest of it.

Investigators say the flames started in a shed in the back of the property. Customers were inside the restaurant at the time of the fire but were able to get out of the building safely.

"I was really bummed because I love to come here and hear bands and they have certain night like taco night and burger night and just come and you know everybody and it's definitely a bummer," said Lisa Klein.

Mark Evans tells Newswatch 16 he opened the restaurant back in the '90s. He sold it in 2007 but is sad to see the destruction.

"I was really happy to see it thriving and it's heartbreaking to see it in this condition," said Evans.

Customers tell Newswatch 16 they're sad to see one of their favorite hangouts out of commission.

"People come here it's like a local place. You know you try to keep local businesses in business so we're all pretty bummed," said Klein.

"It's sad to go by and see an abandoned corner almost so hopefully they come back," said Matta.

We couldn't reach the current owner to find out if he plans to reopen.

A state police fire marshal says the cause of the fire does not appear to be suspicious, but it is still under investigation.