Cody Lee: The History of the Case 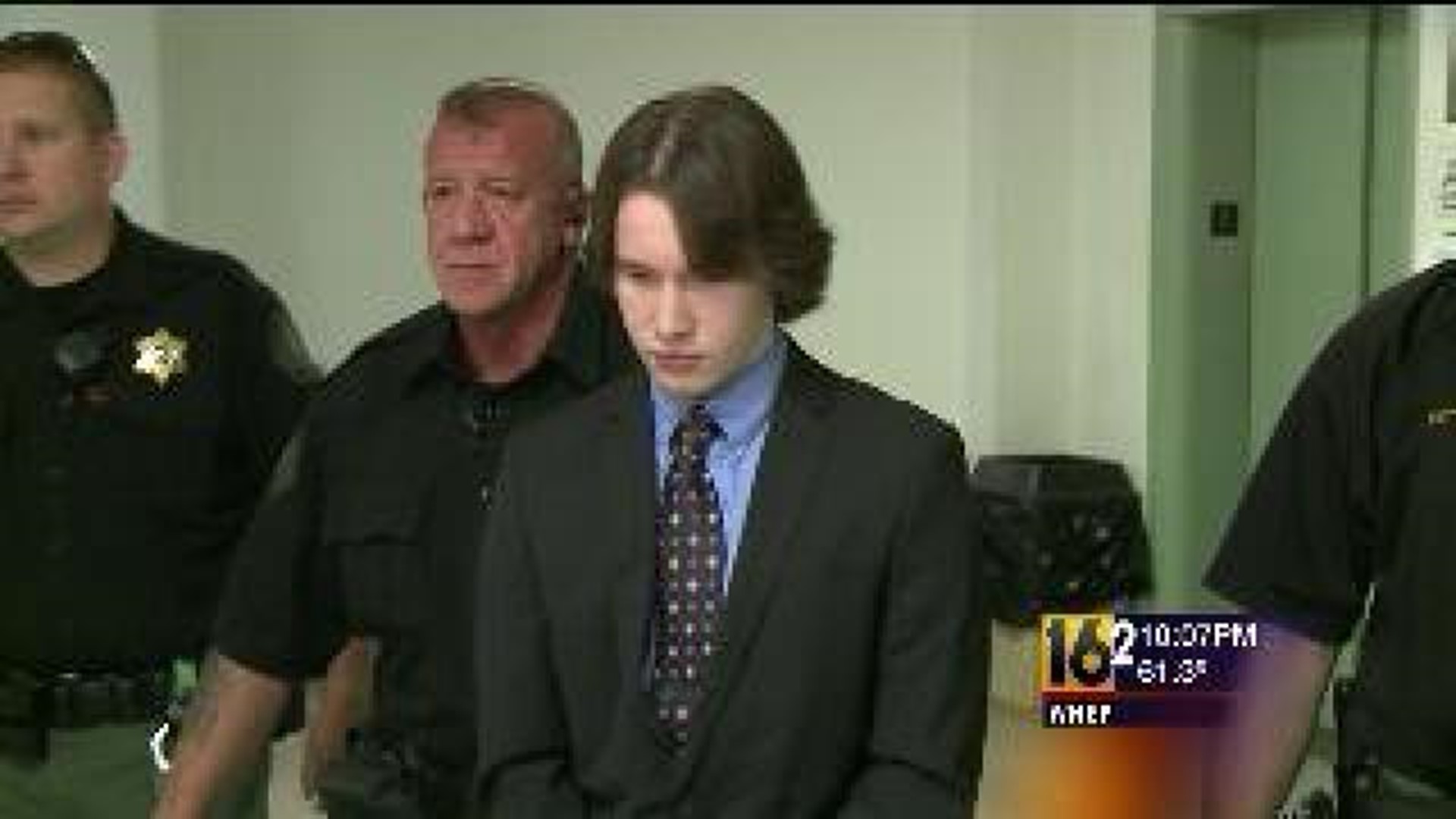 WILKES-BARRE -- Cody Lee, 19, pleaded guilty to third degree murder Wednesday, three-and-a-half years after the teen was arrested and charged with killing his great-grandfather.

The case has had many twists and turns.

Cody Lee was arrested in 2009 when he was 16 and charged with shooting and killing his great-grandfather Herbert Lee.

Lee, 80, was found dead at the home he shared with Cody and Cody's father in Lake Township.

Investigators said Cody Lee planned the killing, going so far as to plot out his plan in a notebook that included a floor plan of his home and a list that included a plan to kill his great-grandfather and father.

Cody Lee's father told police he discovered his dead grandfather and his son with a gun, before his son ran off, with no coat and no shoes on that cold December day.

Investigators said Lee spent hours in the woods before he was found and arrested.

Those investigators questioned Lee and said he confessed to the killing, but that confession was later thrown out.

A judge ruled Lee was hypothermic after hours spent outside and could not have made a clear-headed decision about talking with police.

The story does not end there.

In January of this year, charges against Cody Lee were dismissed by a district magistrate for lack of evidence. Seconds later, Lee was re-arrested and later re-charged.

It was a move that, at the time, his lawyer called "illegal" and "malicious."

"They weren't happy with what happened, and they took it upon themselves to take Mr. Lee into custody and to handcuff him and remove him from the courtroom without any warrant, without any paper and without any new probable cause. Their case had just been dismissed and they weren't happy about it," said Peter Paul Olszewski, Lee's attorney, in January.

A new hearing was scheduled. Cody Lee's own father was called to testify. On the stand, Scott Lee contradicted his original statement to state police.

Investigators said Scott Lee first told troopers he arrived home that day, at one point had a gun aimed at him and then wrestled a gun from his son, Cody Lee's hand, but at the hearing, Scott Lee testified he found Cody with a gun trembling in the bathroom, saying someone was in their house.

"He lost his grandfather, it's very trying to be on the stand and be cross-examined and have to testify against your own son. While we tried to avoid that the first time, it couldn't be avoided," said Assistant District Attorney Sam Sanguedolce after the preliminary hearing in February.

There were negotiations for a plea deal after that, but Cody Lee's own family told Newswatch 16 there were serious problems; some family members wanted Lee in prison for a long time, others did not.

Despite meeting with a judge for several hours earlier this month, there was no agreement.

Wednesday, with a trial date set for September 16, Cody Lee pleaded guilty to third degree murder, admitting his guilt, avoiding a trial, and agreeing to spend at least 14 years behind bars.