Close Call After Car Veers into Crowd at Giants Despair

LAUREL RUN, Pa. — There were some anxious moments at this weekend’s Giants Despair Hillclimb race in Luzerne County. Videos were posted online after... 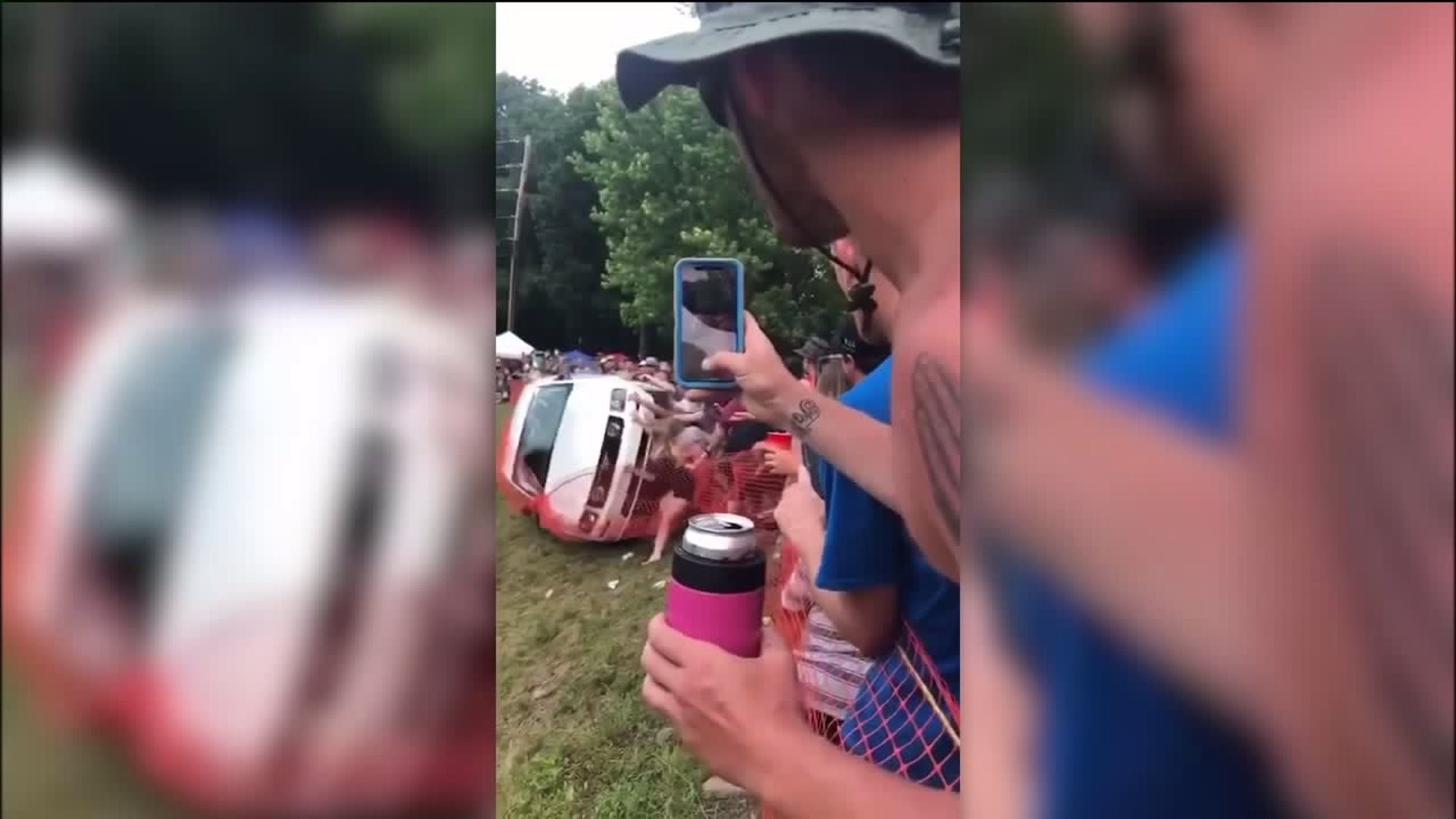 LAUREL RUN, Pa. -- There were some anxious moments at this weekend's Giants Despair Hillclimb race in Luzerne County.

Videos were posted online after a white Ford Mustang drove off the course and into the crowd, protected only by mesh fencing.

When Newswatch 16 arrived at the course Monday, the white Mustang was on a flatbed. The owner did not want to speak on camera and would not confirm if he was driving the vehicle during the Hillclimb.

Tony Thomas was selling concessions just up the hill and saw the crash with his own eyes.

"It was pretty scary. There was a lot of people standing here. When he came up the hill, he hit that bank, and thank God the bank was there to stop him solid," said Thomas.

The turn, known as Devil's Elbow, is one of the most difficult turns in the entire course. It's on that turn where that white Mustang went off the road and into the crowd.

In one video, you can see onlookers run to the car and search under the vehicle for anyone who may be trapped underneath. They then rolled the car back down the embankment with the driver still inside.

"Many accidents, and running off the road, it's what this thing is all about. And they cheer when they skid off the road. A lot of guys cheer and hope everybody's OK, and that's part of the action!" said Thomas.

Joseph Kane has been coming to watch the Hillclimb for 30 years and agrees this isn't something new at races like this.

"I've seen a lot of stuff, but no injuries, no nothing. It was alright," said Kane.

Cars of all different makes and models race up the one-mile course in hopes of being the fastest. While the event is in the spirit of fun, those who have witnessed the event say safety isn't an issue.

According to onlookers, the driver of that white Mustang walked away uninjured as well.

"The driver seemed OK, no ambulance. They didn't take anybody away. The driver was unscathed, shaken up, but he was OK," added Thomas.