Cleaning Up After Snowfall in Luzerne County 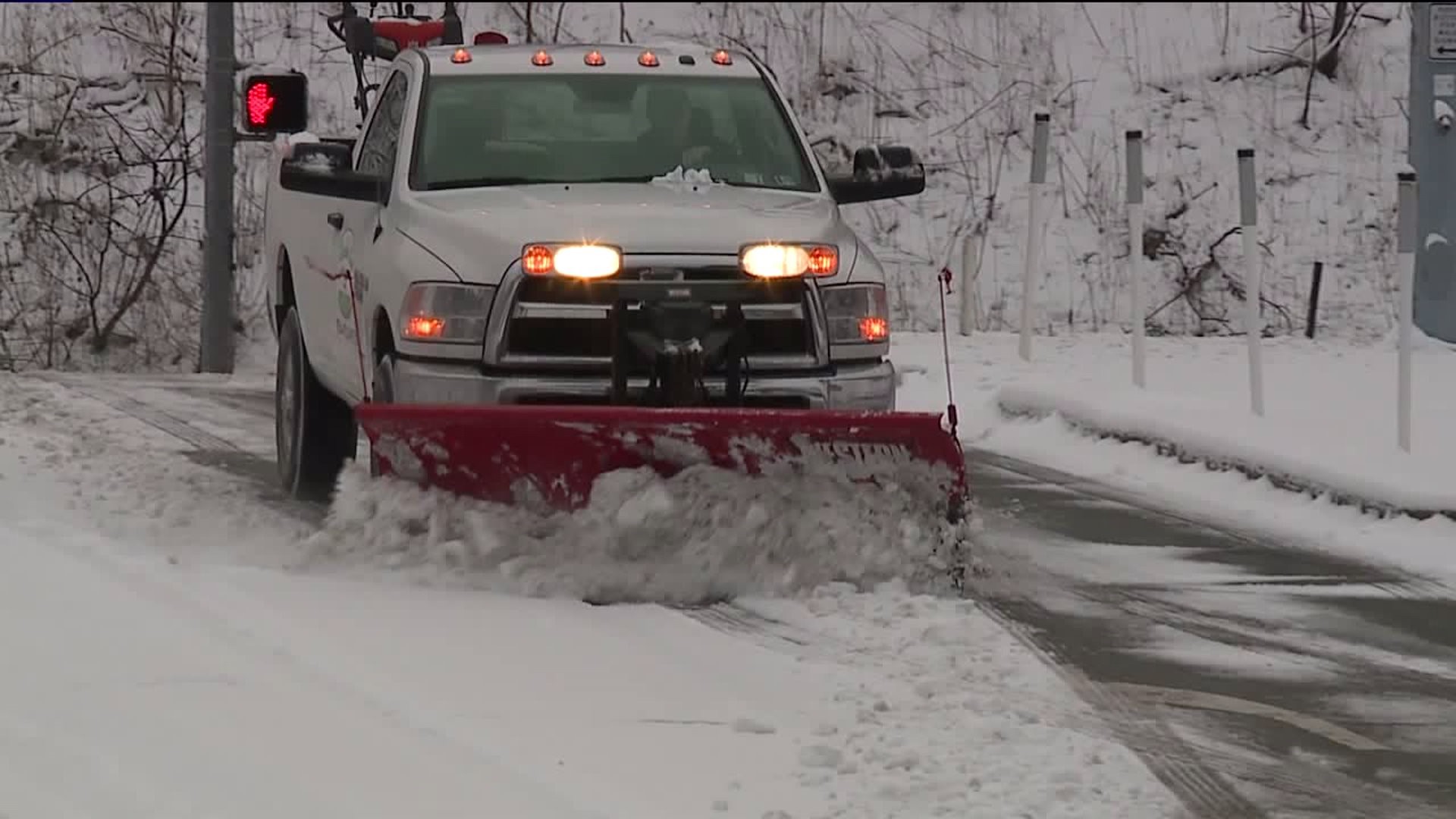 PITTSTON, Pa. -- From parading through the streets one day to shoveling two days later.

Newswatch 16's Andy Palumbo was in downtown Pittston Monday morning with a check on the conditions.

There he found a snow-covered tomato on Main Street.

"It's been a good winter," he said. "Not too big snowstorms, just enough to make some money."

Jason says all this plowing is hard work but the money helps get him through the winter when it's too cold to landscape and the ground is frozen.

"Mixed emotions. Hopefully, it's nothing too crazy, where we are out for a couple of days in a row. These little snowstorms like this isn't too bad."

And even on this little storm, as Jason calls it, he and a coworker will visit about 40 sites, and spend more than 12 hours in the truck.

To the people who plow lots at private businesses like this one, timing is everything. The snow has to go before the customers come in.

Scot Martinelli is plowing the entrance and exit at Mundy Street Car Wash in Wilkes-Barre Township. He also owns the place and says yes, people do get their cars washed on snowy days.

"They do come in and get their cars washed as soon as I finish plowing. I usually have people pulling in, trying to get snow off the car to keep themselves safe, keep everybody else safe, avoid that snow blowing off the roof," Martinelli said.

Martinelli admits he really does like winter, and it's good for business, but it cannot last forever. His next busy season, after the snow melts, is when people show up to wash that springtime pollen off their cars. 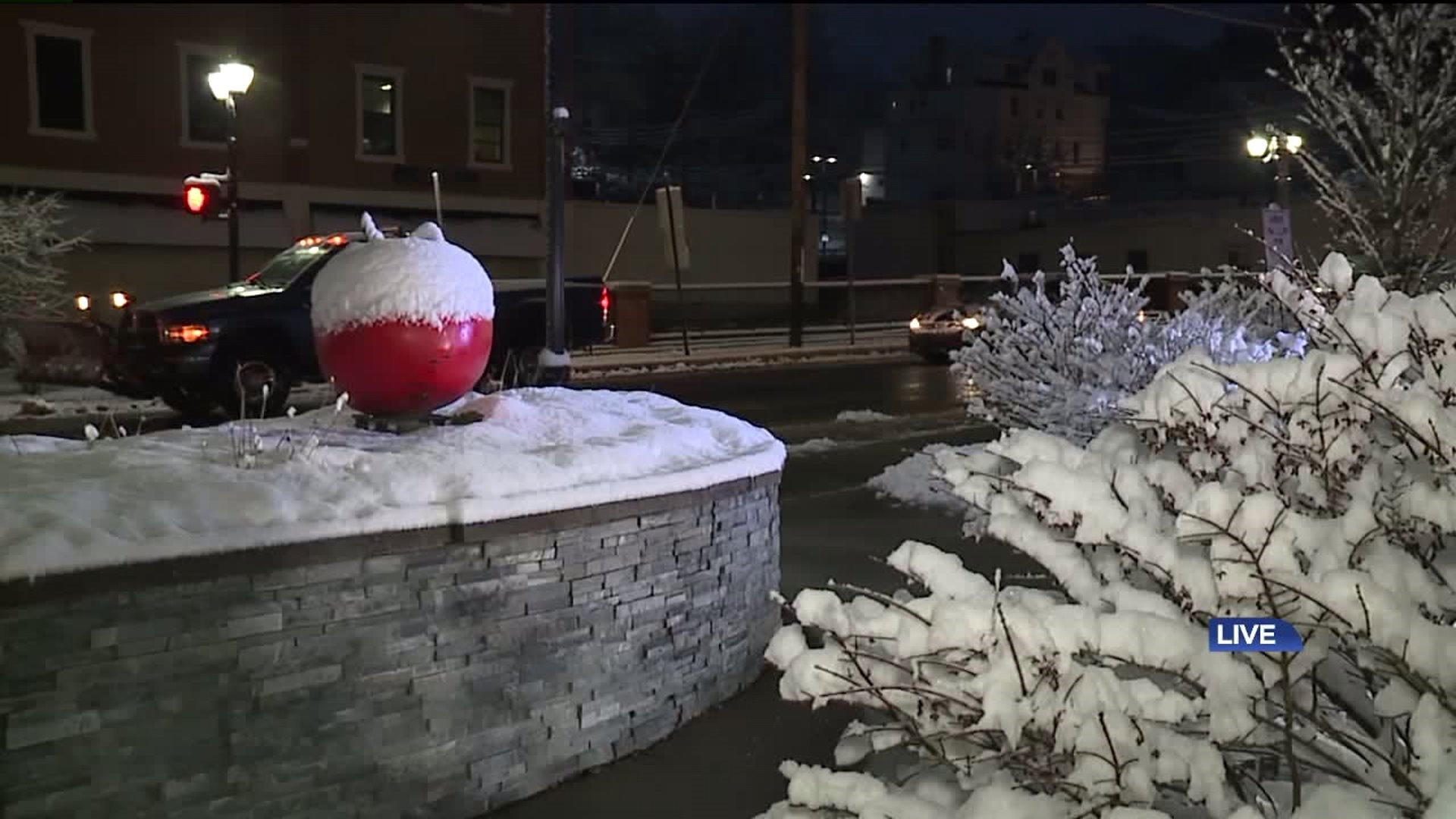 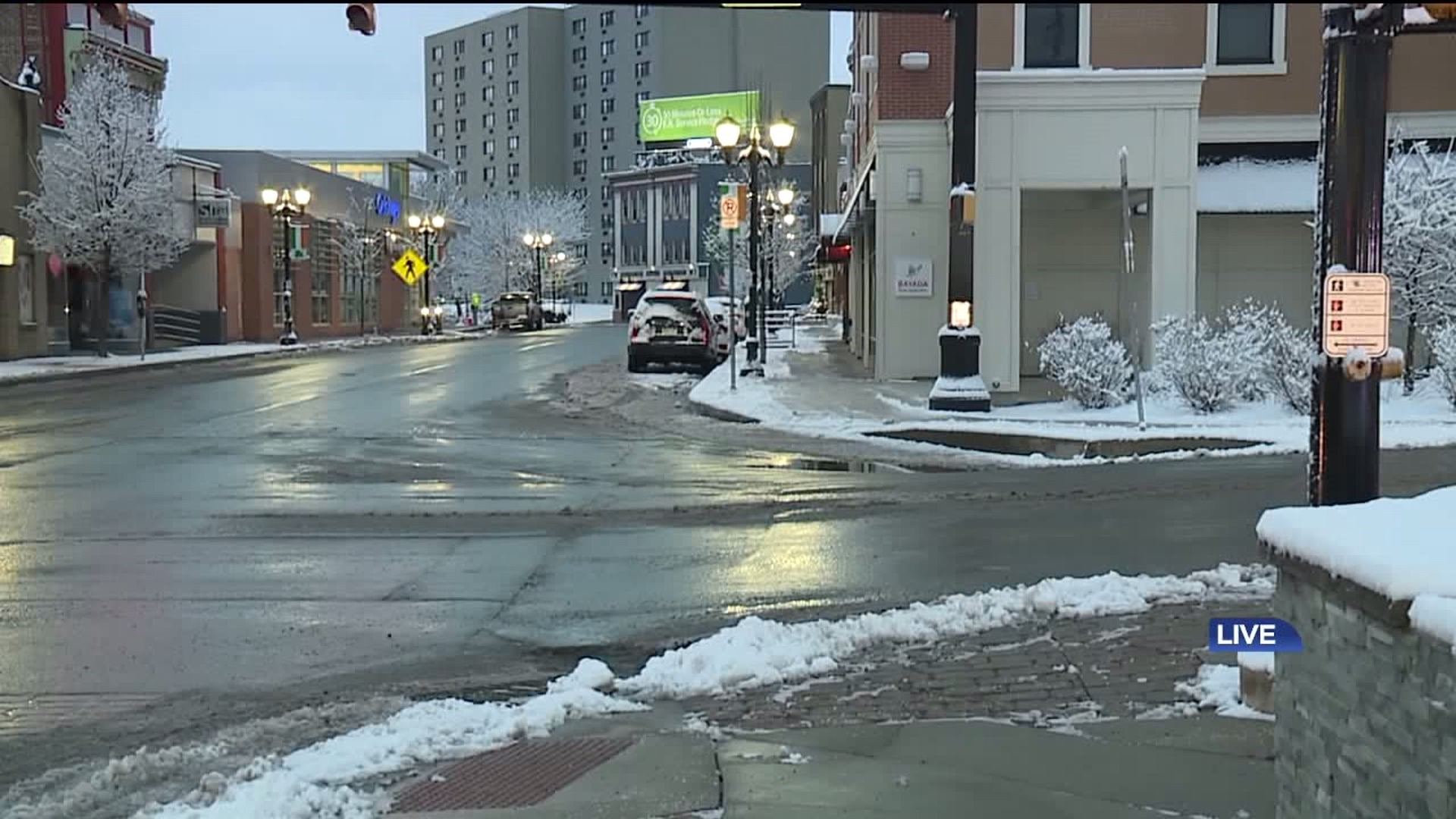