HAZLE TOWNSHIP, Pa. — About two months ago, we introduced you to a young man from Luzerne County with cerebral palsy whose family needed a new wheelchair-... 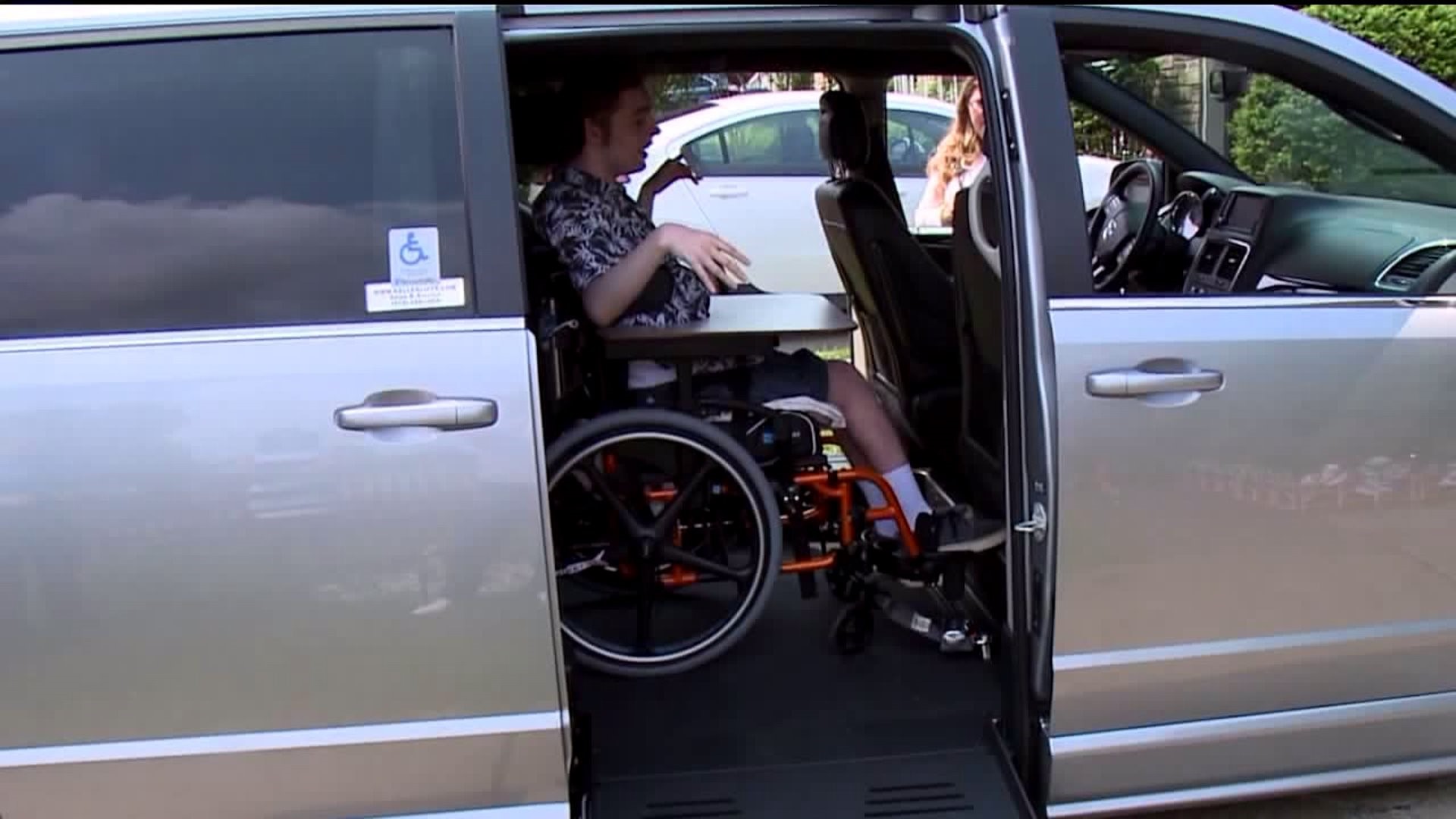 HAZLE TOWNSHIP, Pa. -- About two months ago, we introduced you to a young man from Luzerne County with cerebral palsy whose family needed a new wheelchair-accessible van. After our story about him aired, donations started rolling in and on Friday, he got his new van.

It was a special moment for Christofer Corra and his family. They live near Hazleton and love visiting lots of local places around there. Now that he has this van, he says he can go anywhere.

Christofer Corra and his grandfather Jack often wear matching outfits for special occasions, and this is one of the biggest they've ever gotten dressed up for.

Christofer has cerebral palsy his grandfather is helping him into his brand-new accessible van.

"I was amazed when I first saw it," Christofer said.

The family got the van through thousands of dollars of donations from the community.

Do you remember Christofer Corra of Hazle Township? We interviewed him and his family a little while ago because they needed a new handicap-accessible van. Well, today they got one after several months of fundraising! @WNEP pic.twitter.com/yAQqoMT47J

"I even had people knocking on my door and handing me checks that didn't know how to go through the GoFundMe but they saw it on the news and it just all came together after a while," said Jack Corra.

We first met Christofer a couple months ago. We learned that he loved going to the movies and taking trips to other places around the Hazleton area.

In January, his grandfather said it became too difficult to help Christofer into their old car.

"Between the two of us, we couldn't lift him in. He got so heavy and then we panicked because he was more or less housebound," Jack said.

Two of the largest donors to the family were Ken Pollock Auto and Keller Wheelchair Lifts.

"When we saw it on TV and in the newspaper, we thought we should get involved," said Jim Keller of Keller Wheelchair Lifts.

"We truly are a valley with a heart, coming together and raising on the funds and it was our pleasure to help them make their life easier," said Megan Millo, the director of marketing at Ken Pollock Auto.

The family has a lot of lost time to make up for. They plan to put the van to good use. Christofer is so grateful to his community for all the help.

"It was amazing. I want to thank everyone for changing my life. Thank you, everybody. Love y'all!" Christofer said.