Officials want people to dispose of trash properly and not to park in undesignated parking spots. 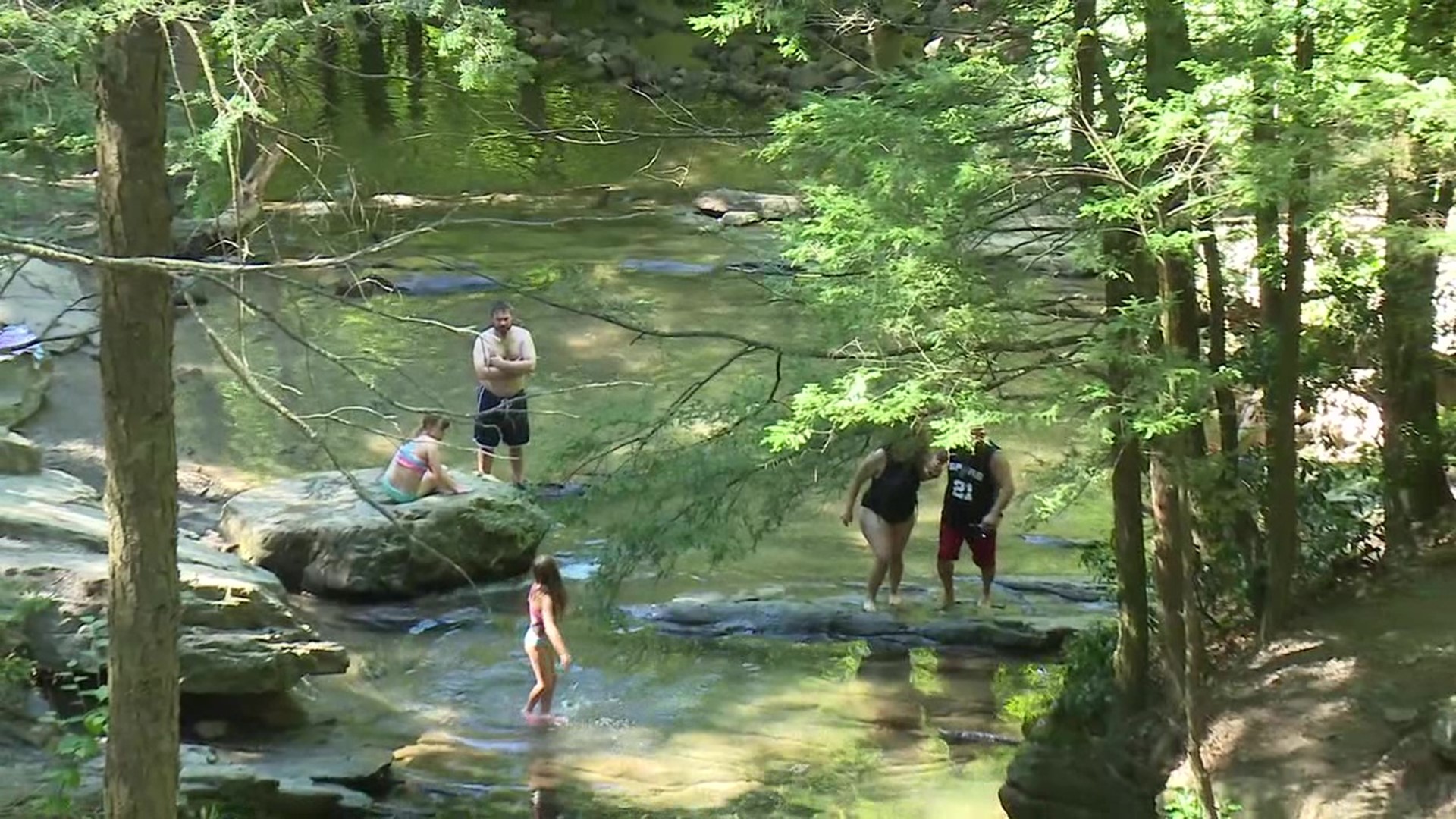 LUZERNE COUNTY, Pa. — There were plenty of people frolicking in the water and the woods at the Seven Tubs Recreational Area in Plains Township.

During the summer, this is a popular place for folks to cool off by taking a dip.

"It's a nice day, something to do; I love nature. I like taking pictures of nature. My one friend told me about this place, so I wanted to check it out, and it's really nice," said Jimmy Pino of Hazleton,

But now the state Department of Conservation and Natural Resources, which oversees Pennsylvania state parks and state forests, says the popularity of Seven Tubs has skyrocketed, and it is seeing a record number of people coming there, especially on hot days and weekends.

DCNR believes the spike is caused by people wanting to get outside during the pandemic.

People say they've noticed the increase in crowding at Seven Tubs, and it's making it tough to social distance.

"I noticed since the beginning of lockdown, everyone wants to go in the woods and enjoy themselves and swim and hang out. Just with the crowd, sometimes you have separate yourself from walking on the path," said David Bronseurg from Wilkes-Barre.

"It seemed like there's a lot of people down by the water. I'd like to think that the people that are together hopefully know each other and they're family and their keeping, you know social distancing in mind," said Dan Mackatche from Conshohocken.

Now DCNR says it's implementing several operational changes at Seven Tubs to combat issues stemming from the large crowds, including bringing staff from other locations to help with crowd management, clean up, and outreach on safety impacts on natural resources.

It is warning visitors about litter, saying people need to dispose of trash properly and not to park in undesignated parking spots.

"There are people that do come in and leave all their litter, and they're ruining it for other people. What you take in, take out. It's that simple," said Cheryl Pollick from Larksville.