PITTSTON, Pa. — Part of Pittston Cemetery looked more like a lake in Thursday’s heavy rain. Tombstones were just peaking out over the flood waters and bub... 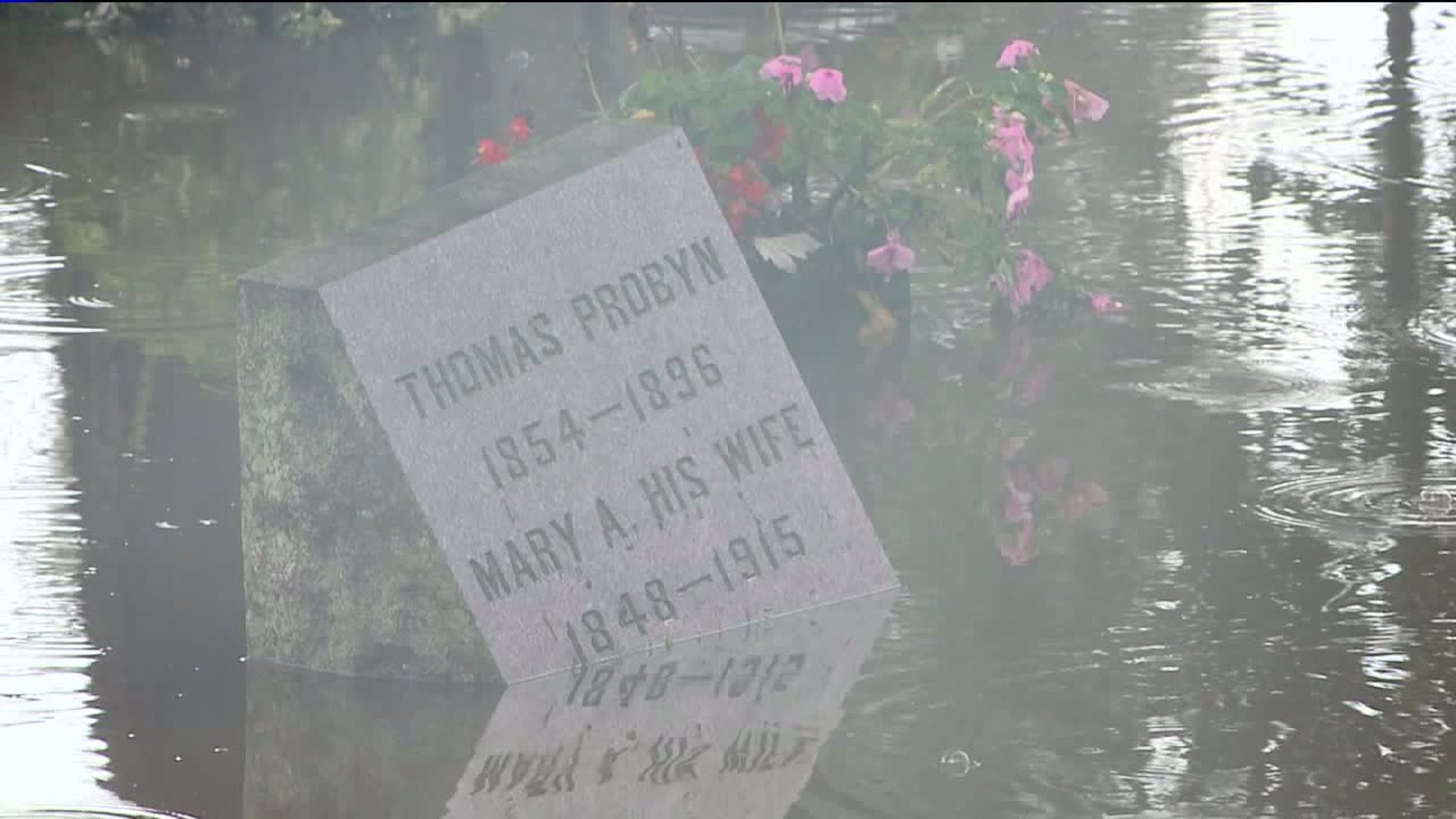 Tombstones were just peaking out over the flood waters and bubbles were coming up from the ground.

People who live nearby said they’ve never seen it flood this bad.

“It's very disturbing and it's actually annoying for the area considering I live right here. I wish it didn't happen,” Jessica Nagurney said.

There are at least 30 graves underwater and those are just the ones we can see. Some people were buried as recently as 15 years ago.

“Makes you feel bad because that should be a sacred area and it's now becoming flooded,” Nagurney said.

This section of the cemetery is the only part that floods because it’s at the bottom of a steep hill.

“This happens every single time it rains. No matter when it is. This is just, what you see is what you get,” Pat Slempa said.

The flood water did go down as the day went on. You could tell from the water lines on the tombstones.

We reached out to the cemetery association to find out plans for cleaning it up. Our call wasn’t returned.

People who live nearby have faith it’ll be taken care of.

“I believe with the cemetery it should be resolved with the flooding,” Nagurney said.