WILKES-BARRE TOWNSHIP, Pa. — A milestone was celebrated at the Mohegan Sun Arena on Wednesday night. The Wilkes-Barre/Scranton Penguins took to the ice fo... 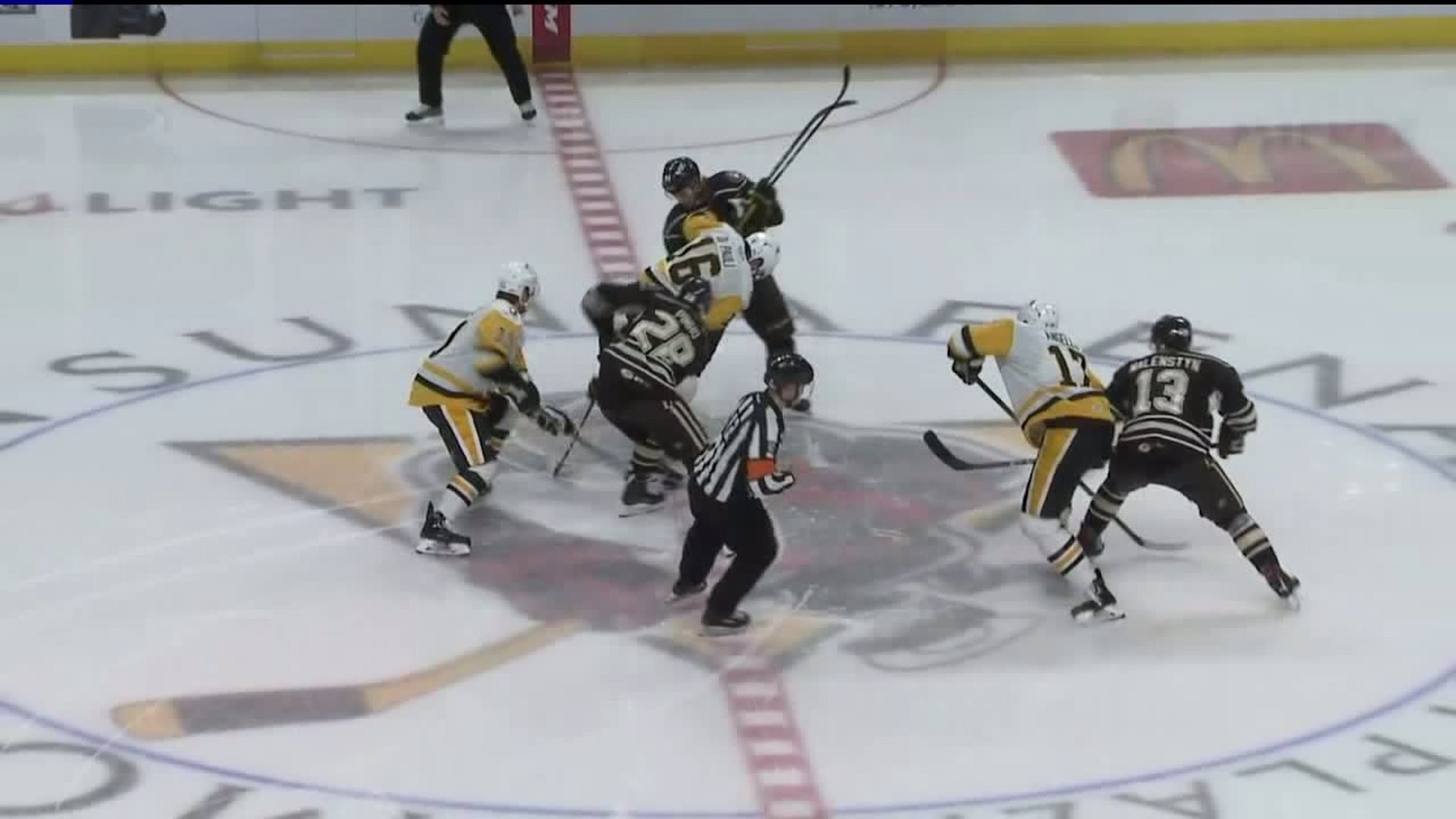 WILKES-BARRE TOWNSHIP, Pa. -- A milestone was celebrated at the Mohegan Sun Arena on Wednesday night.

The Wilkes-Barre/Scranton Penguins took to the ice for the first time in Luzerne County 20 years ago. The team harkened back to that moment at its game against the Hersey Bears.

The Penguins beat the Bears1-0.

Some fans were filled with excitement and nostalgia.

Former Wilkes-Barre/Scranton Penguins Dennis Bonvie and Chris Kelleher, and developer of the arena, Kevin Blaum, had the honor of dropping the puck and starting the 20th anniversary home game.

Fans at the arena in Wilkes-Barre Township were fired up.

Back in 1999, there was a similar excitement leading up to the completion of the arena. A developer put it this way, "This building is analogous to the Colosseum in Rome."

Joe Barna was a part of a group that built support for the arena, called Arena Yes. He's been a season ticket holder ever since 1999.

"I loved it because I was a Pittsburgh Penguins fan, to begin with, and then when Pittsburgh got their farm team here, I was happy as, well, I won't say it," Barna laughed.

"It was a little bit more fan-friendly. We had bigger crowds. I wish we did now, but unfortunately, we don't," Marianne Cogan of Harveys Lake said.

As a way to get these seats filled, the arena has just installed brand new LED lights, making it easier for fans to see the action on the rink and really putting on a show for fans.

"It's about bringing a good product into the building, and I think if you do that more people will come out," Mohegan Sun Arena General Manager Will Beekman said.

"It's a great place to develop. We've sent over 250 players who have played here into the NHL. We have three NHL GMs who began their careers here," CEO of the Penguins Jeff Barret said.

In the coming weeks, the arena will also be installing high-density wifi. That project should be finished in February of next year.