SHAVERTOWN, Pa. — It’s hard not to see CBD products these days, at pharmacies, cafes, health food stores, even gas stations. CBD is one of hundreds ... 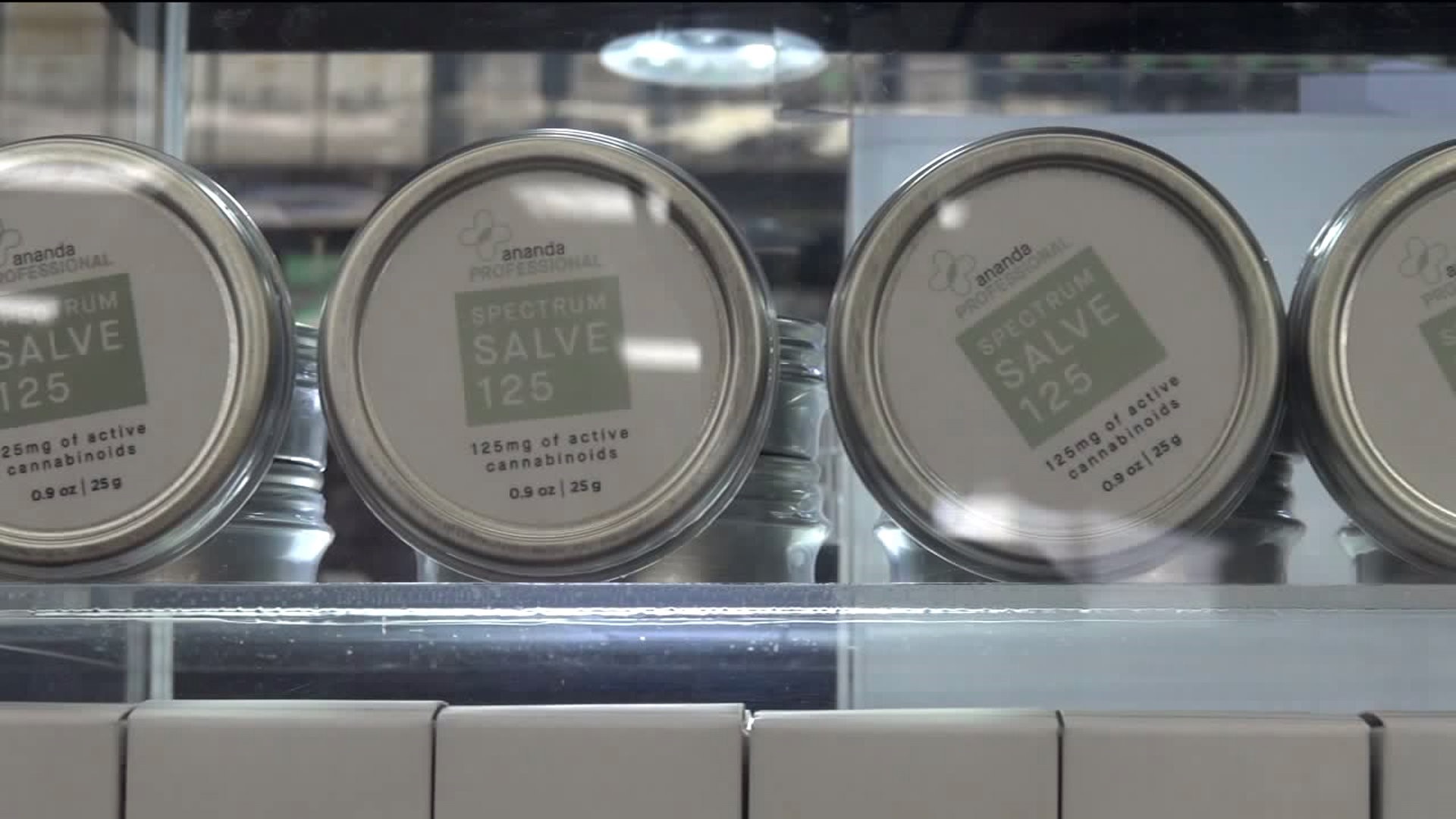 SHAVERTOWN, Pa. -- It's hard not to see CBD products these days, at pharmacies, cafes, health food stores, even gas stations.

CBD is one of hundreds of compounds found in the cannabis plant species, and plenty of users are touting its health benefits.

Three letters are everywhere these days: CBD, or cannabidiol.

It's infused into whiskey. It's featured in beer. It's even made into treats for our four-legged friends.

"I enjoy it. It calms me down," Kyle Stein said.

"It does take a bit of the edge off," Bianca Regalado added.

At Cook's Pharmacy in Shavertown, pharmacist and owner Frank Lombardo says CBD products, such as oil, capsules, and salves are selling quickly.

"It really exploded the last eight to ten months."

Lombardo says his customers use CBD to help anxiety, insomnia, chronic pain, and depression, among other issues.

"The effects are an analgesic effect, a pain-relieving and calming effect," Lombardo said.

Not a high effect, which is caused by CBD's psychoactive relative THC.

Lombardo says he worked hard to find the company he thought would be the right CBD supplier.

"Organically grown, processed in a pharmaceutical grade facility, and only sold in pharmacies."

It's an exploding business, for sure.

But at this point, according to Dr. Brian Piper, Geisinger School of Medicine, it's buyer beware because there's a lot we don't know about CBD, hemp, and marijuana products.

"We're interested in the risks and benefits of the substances. Medical marijuana, in my mind, shouldn't be viewed within the culture wars lens. It's a drug like any other. It binds to receptors, it has risks and it has benefits," Dr. Piper said.

Dr. Piper is an associate professor of neuroscience and controlled substances researcher at Geisinger Commonwealth School of Medicine in Scranton. He says evidence from controlled trials for CBD products is "remarkably thin," in other words, nobody knows what long-term side effects could come from CBD use, and there's no way to know exactly what you're getting when you buy it.

"In the world of FDA approved drugs, you get the safety, you get the efficacy, then it goes to market. Here we've put it to market but we've neglected a lot of the safety and efficacy studies."

But as sales skyrocket at Cook's and at other sellers all around the area, it looks as though the conversation about CBD products that's been started isn't going away anytime soon.

So far, there is one FDA-approved CBD drug.

It's called Epidiolex, and it's meant for patients with rare and severe forms epilepsy. The medication is used to control seizures.