WEST WYOMING, Pa. — A woman is locked up in Luzerne County after she smashed her way into the West Wyoming Borough Building. Police say she had been haras... 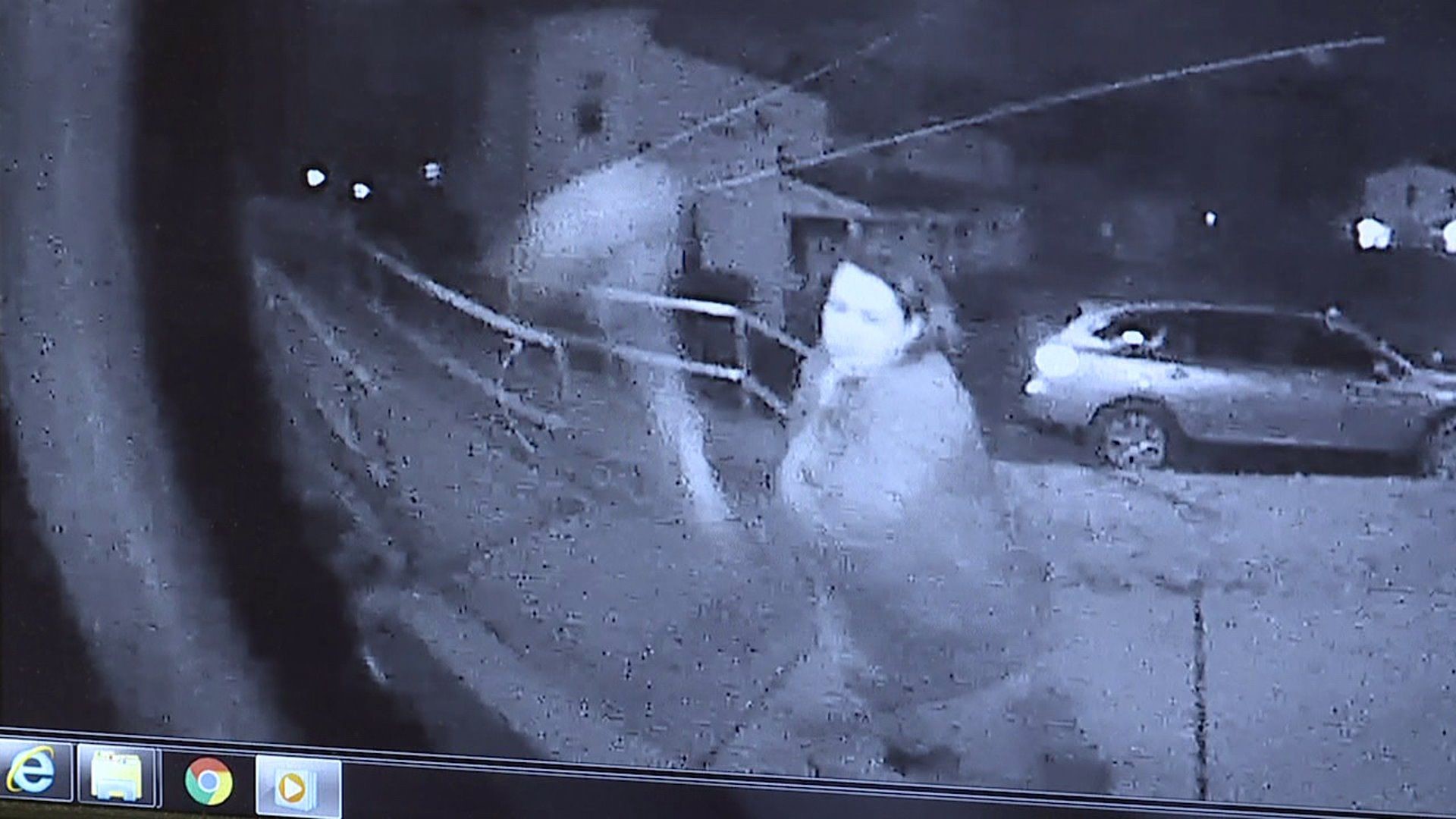 WEST WYOMING, Pa. -- A woman is locked up in Luzerne County after she smashed her way into the West Wyoming Borough Building. Police say she had been harassing a police officer.

Police say Ashley Keister of Nanticoke was arrested by the officer she allegedly began harassing in May of 2018. But this past week, police say she started sending that officer drawings and calling 911 because she wanted to talk to him.

Surveillance video from outside the West Wyoming Police Department shows Keister knocking on the door very early on Monday. When that didn't work, she smashed her way in using a cigarette butt holder to break the window.

Police say Keister was there to see a specific officer she had been harassing through social media. Authorities say she was bothering that officer with sexual advances so often that the police chief had to tell her to stop.

"I made her sign a piece of paper saying that she wouldn't contact a specific officer like she's been, sending him upwards of 20 plus messages a day," said West Wyoming Police Chief Curt Nocera.

But just hours after signing that paper, Keister called 911 and told dispatchers she was coming to the West Wyoming Borough Building looking for that specific officer.

"She then entered the building, rummaged through the filing cabinets out in the borough building, tried to gain entry again by trying to kick the door in from the borough side into the police department," Nocera said.

Police say when officers tried to arrest her, she swung at them. It took two officers to take her into custody.

"We definitely have to beef up security. Look around at all our municipal buildings, fire, EMS, and police to make sure that people like this can't break in and get to first responders," Nocera added.

Keister faces charges of aggravated assault, harassment, and criminal mischief among others. She is locked up in Luzerne County jail on $50,000 bail.