WILKES-BARRE — One lucky cat is counting its nine lives after a wild adventure. The recently rescued cat had to get its head removed from a mayo jar at Pi... 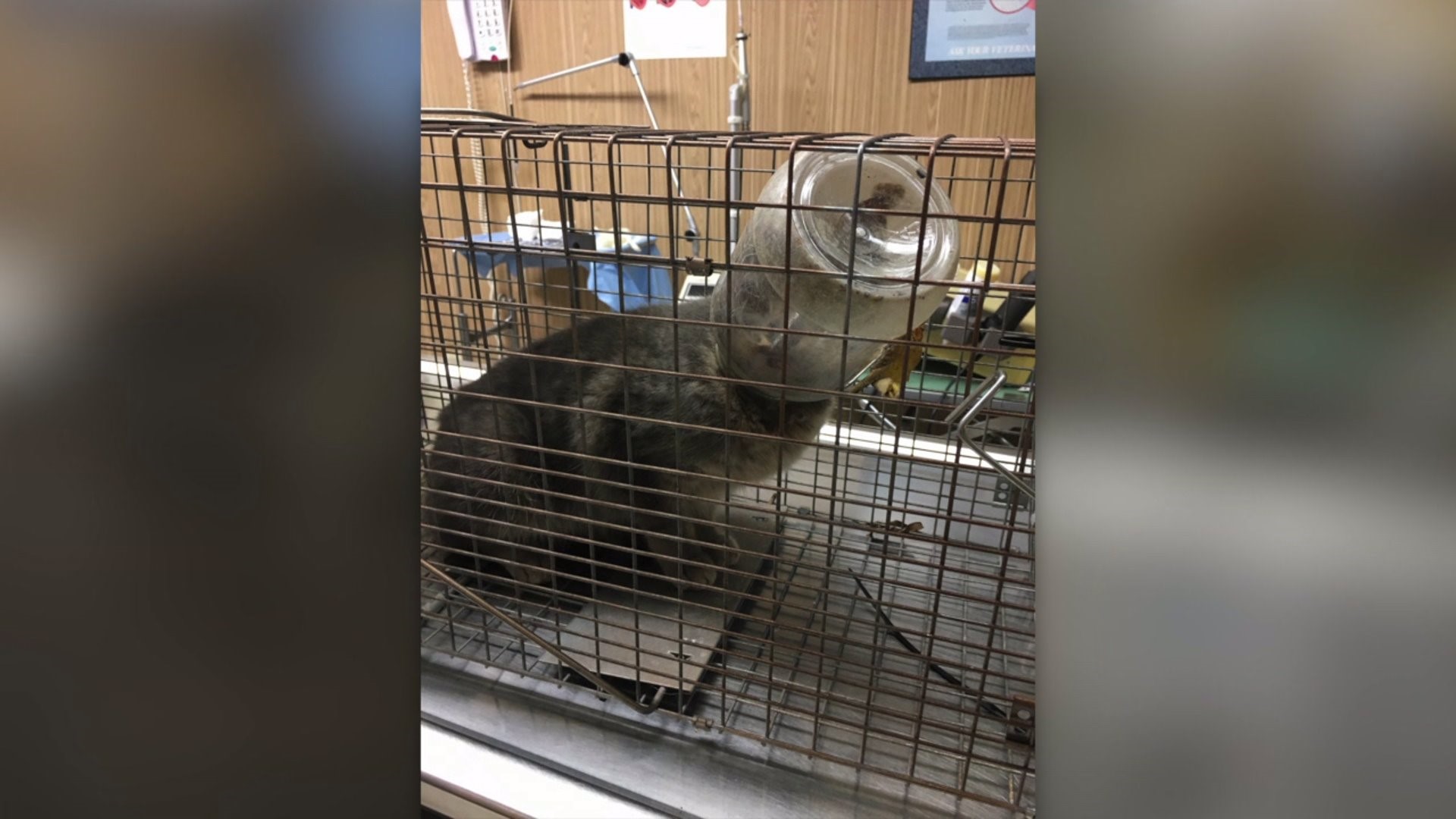 WILKES-BARRE -- One lucky cat is counting its nine lives after a wild adventure.

The recently rescued cat had to get its head removed from a mayo jar at Pittston Animal Hospital.

The stray cat, now named Miracle, had been running around the area of Chestnut Street in Wilkes-Barre.

Ruggere tries to take care of cats on her street, but this worried her. Besides cars driving by, there were plenty of other threats for the short hair cat to avoid.

“So often do I see cats dead on the road, just driving down the road, and it's horrible for any cat lover,” said Ruggere.

The volunteers at Whisker's World brought Miracle to the Pittston Animal Hospital.

Dr. Inayat Kathio was able to remove the jar with a pair of scissors

Born in Pakistan, Dr. Kathio now uses his job to help those who can't help themselves.

“I was inspired by America. When I was a little kid, America came to school gave us food and vaccinations and America has been doing great things for other countries,” said Kathio.

The cat was later released back into the wild by Whisker’s World, a nonprofit organization that tends to cats before releasing them into the wild.