Cashing In on President Trump’s Visit 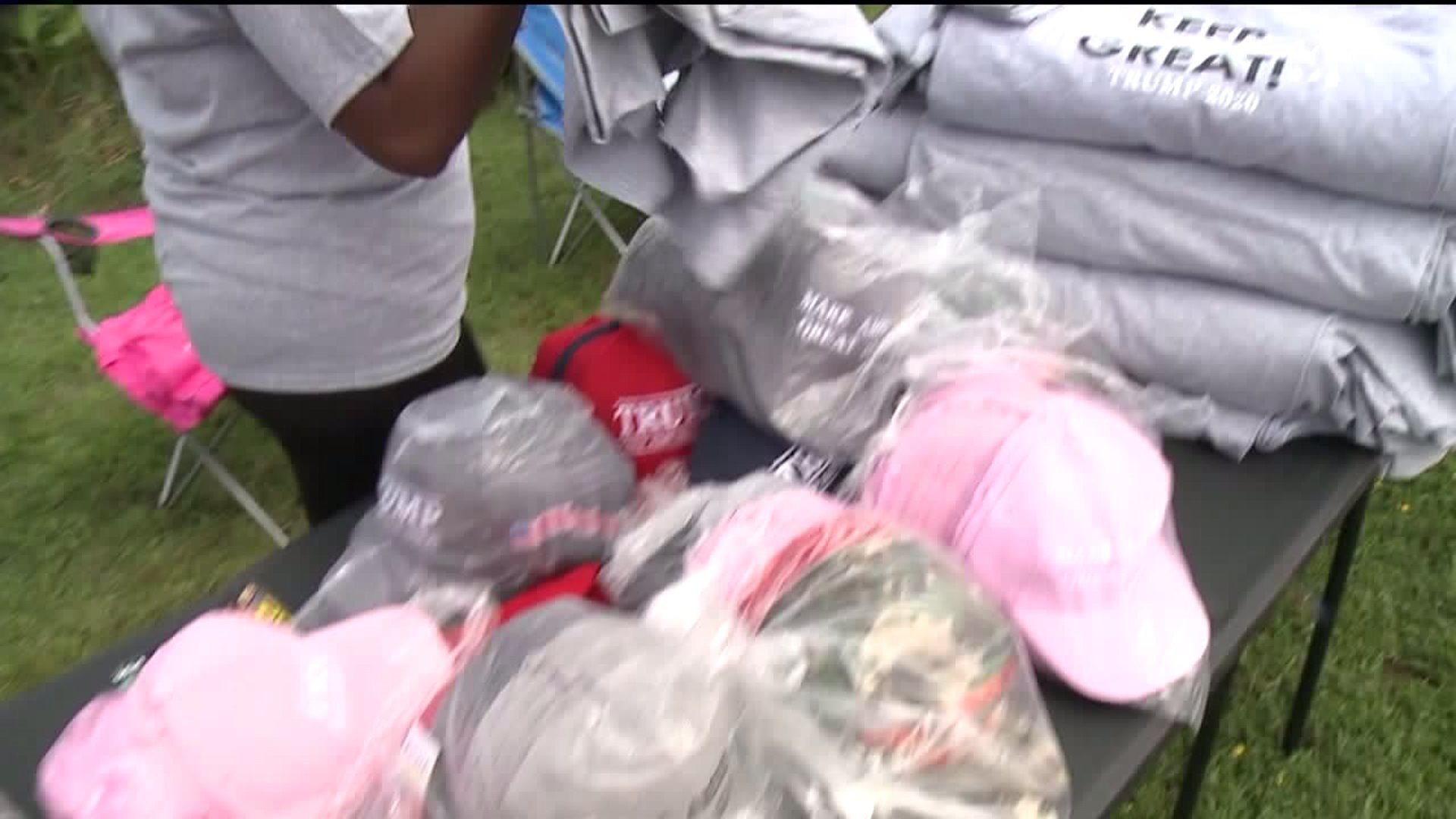 Lots of vendors are selling Trump t-shirts near the arena @WNEP pic.twitter.com/wjhUTYwUUa

WILKES-BARRE TOWNSHIP, Pa. -- As law enforcement prepares for President Donald Trump's visit to the Mohegan Sun Arena, businesses outside the arena are also gearing up, including t-shirt vendors.

"Basically, when the president puts up a rally, we have a few days and we know just what everybody else knows. We jump in the car and we go. We come to where he is, yes," said Antwon Williams, owner of Trump Gear 2020.

"I love the guy. He's creating jobs for me and my family, so, hey, I stand behind the president. A lot of people don't like it, but hey, to each his own. And that's why we're in America."

Newswatch 16 checked in on some restaurants near the arena to see if they expect to be busy after the rally.

"We know it's going to probably be pretty busy with President Trump at the arena. So, later on this evening, we have some extra staff coming in, doubled up on some of our managers and just waiting to see what happens," said Nicole Fortune, manager of Lucky's Sporthouse

Inside Lucky's Sporthouse we found people enjoying lunch before they head to the rally.

"I've been a supporter of him since he started and it's fun to see the president," said Dave Wilmarth of Dunmore.

Business owners along Highland Park Boulevard say the last time Trump was in the area, they saw a boost in business once his appearance was over.