WILKES-BARRE — A car slammed into a building in Luzerne County Tuesday afternoon. The crash happened just after 1:00 p.m. on Public Square in downtown Wil... 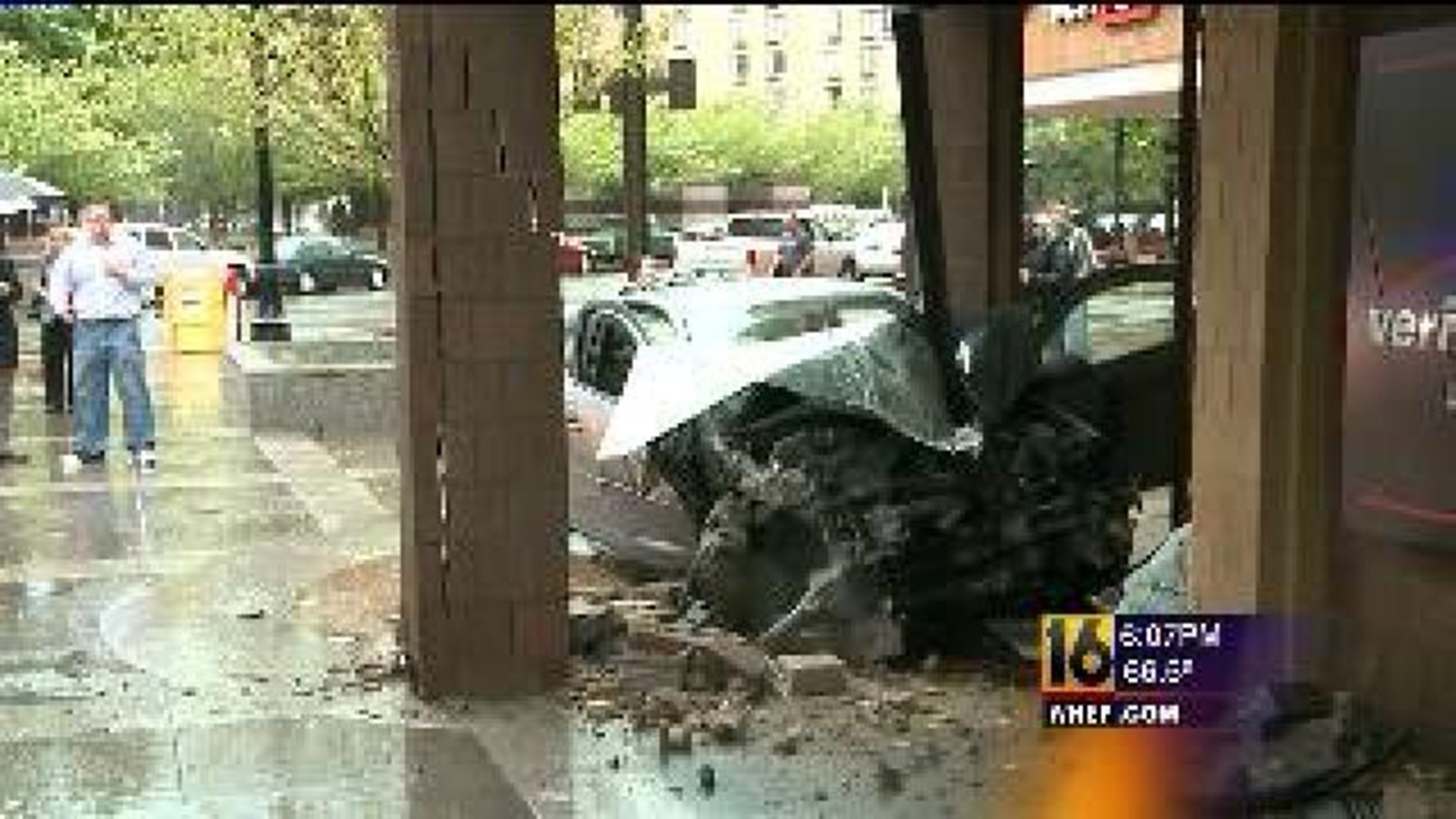 WILKES-BARRE -- A car slammed into a building in Luzerne County Tuesday afternoon.

The crash happened just after 1:00 p.m. on Public Square in downtown Wilkes-Barre, at a time when many people are usually walking around the area.

The car came within inches of smashing into this ATM and the person using it, who was Bob Kalinowski, a writer for the Citizens Voice newspaper.

"In the process of me completing my transaction I don`t even think I did, I see a car coming directly at me at the ATM and I had to get out of the wall, the glass wall, and hop out of the way and somehow it missed me by a matter of feet," said Kalinowski.

The 20-year old driver of the car told Newswatch 16 off camera she slid on the wet roads and over corrected and hit the curb.  James smith was crossing the street near the Kirby Center and saw what happened.

The driver suffered a bump on her head.  A passenger in the vehicle ran away from the scene. The driver told Newswatch 16 her friend that took off is wanted by police for an outstanding fine.

"For some reason thank God and I was able to jump out of the way because it was not turning and not stopping it just came straight at the ATM," said Kalinowski.