KINGSTON TOWNSHIP, Pa. — Inside the calf barn at The Lands at Hillside Farms is a newborn calf named Harper. She was born in the early morning hours on Ja... 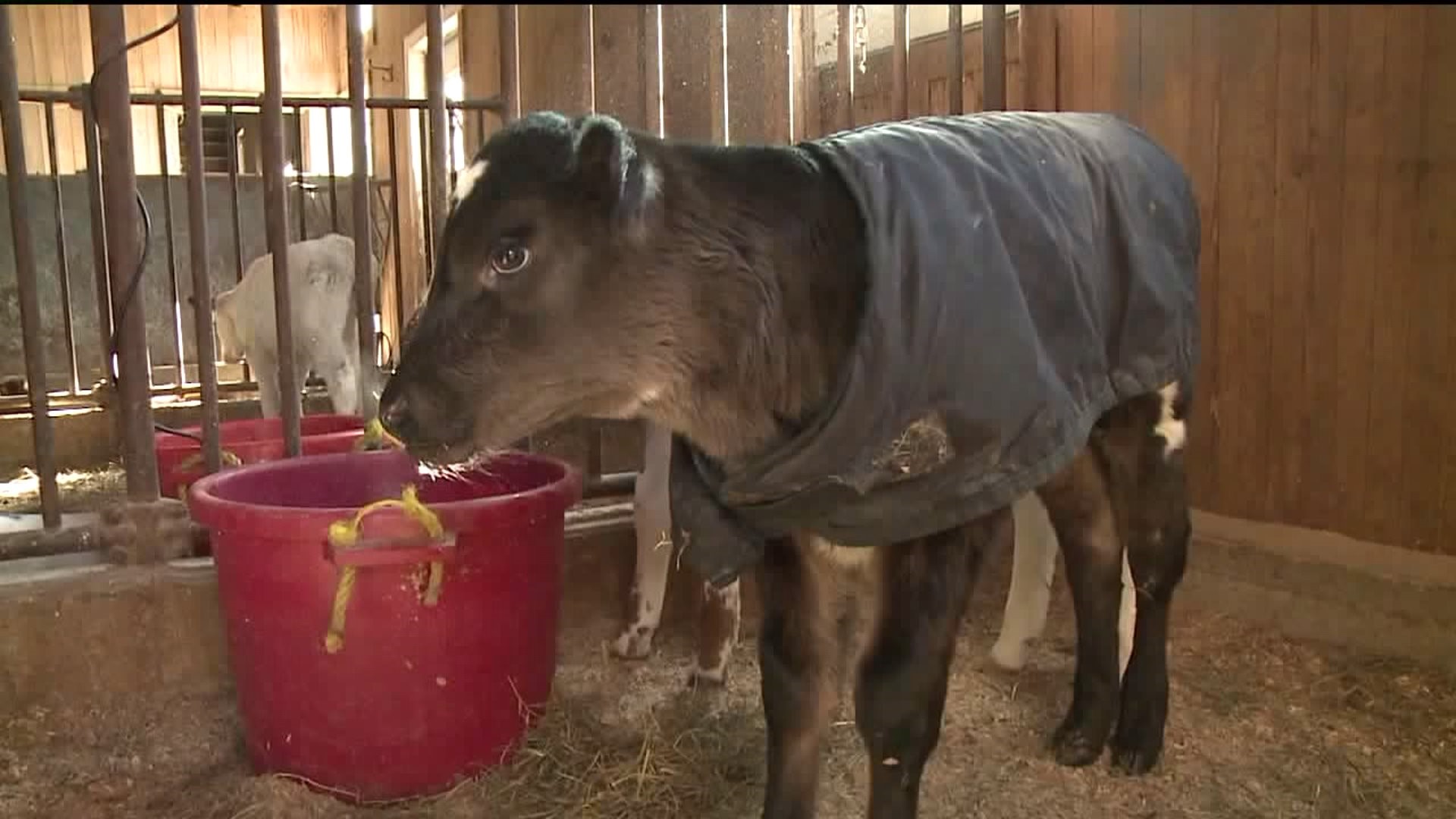 KINGSTON TOWNSHIP, Pa. -- Inside the calf barn at The Lands at Hillside Farms is a newborn calf named Harper. She was born in the early morning hours on January 20.

"It was around -3 degrees approximately a week ago and when she was born. She was born from a first-time mother," Hillside Farms Executive Director Chet Mozloom said. "She had a difficult delivery, and it was very cold, and her body temperature was very low."

Harper was born during a snowstorm. Workers at the farm did everything they could to keep her warm.

"Wrapped her up and used hot water bottles and a hairdryer, I believe, to start getting her body temp up," Mozloom said.

It took about four days to get her warm. She's doing just fine now.

After the terrible ordeal surrounding her birth, they named her after the storm that hit when she born.

"We figured naming her Harper during Winter Storm Harper was appropriate. We'll never forget when she arrived into this world," Hillside Farms employee Julie Schneggenburger said.

Schneggenburger is one of the workers on the farm who helped keep Harper warm.

"I fell in love with her immediately," Schneggenburger said. "She's such a sweet animal, and she definitely needed a little extra TLC, so I'm glad to have been able to help."

The workers at Hillside Farms said most any farmer would go to this length to save one of their animals.

"It's really a blessing to be able to work so closely with the animals and to work with a team of people here that would do anything to help the animals," Schneggenburger said.