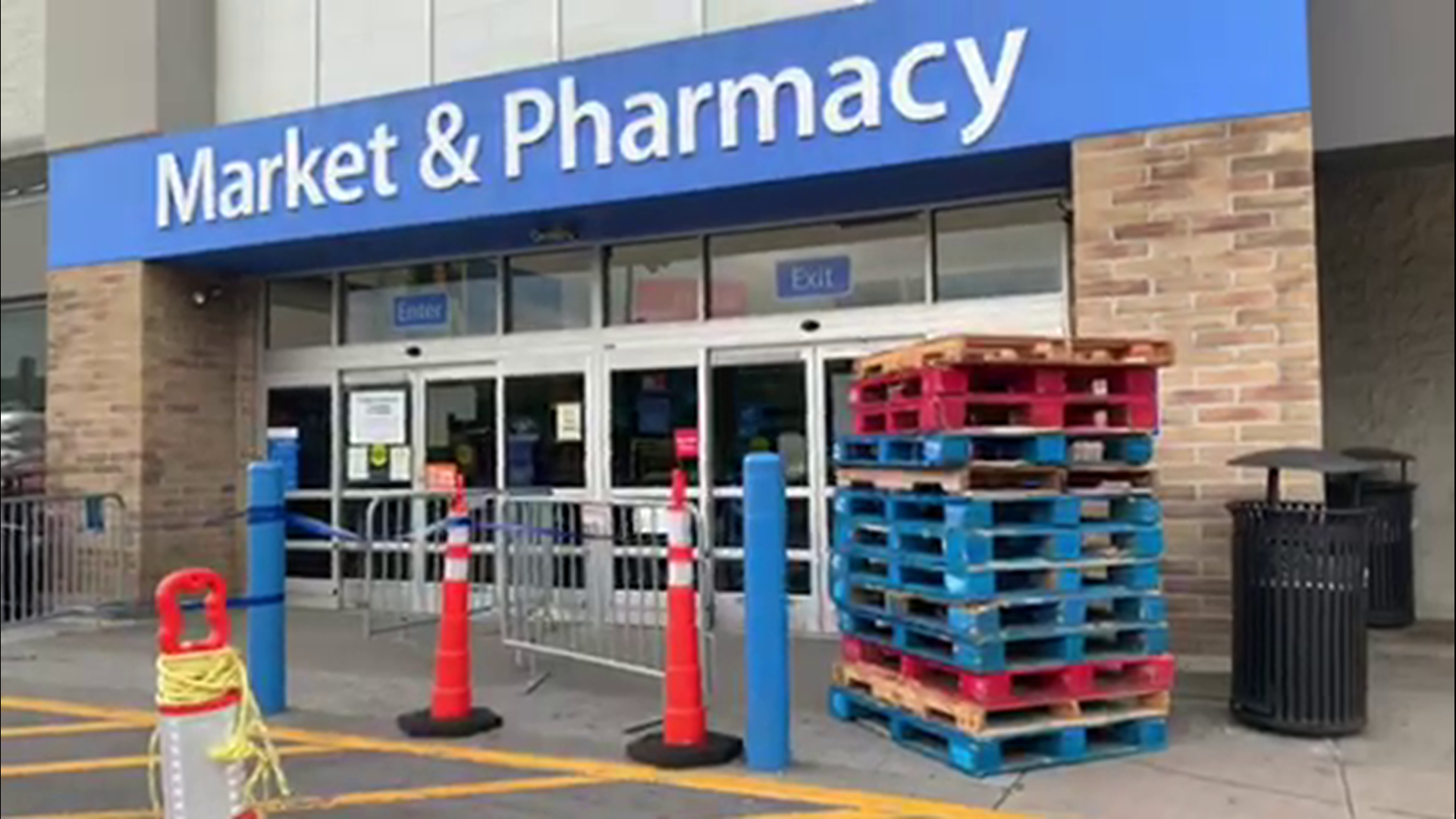 WILKES-BARRE TOWNSHIP, Pa. — Dozens of businesses closed early in Wilkes-Barre Township on Tuesday night in response to a Facebook police that mentioned the possibility of looting Walmart.

The looting did not happen. Even still, many businesses in the township chose to close early.

The parking lot at Walmart in Wilkes-Barre Township was pretty much empty, with only police cars patrolling the area. Walmart barricaded its doors with metal fences, and pallets of water blocked the entrance.

Many other businesses also boarded up and closed early.

Wegman's, Price Chopper, and many other stores in the township locked their doors early.

"The post that was put on Facebook just shows you the outrage and the actions of one person what they can cause. Everything in the area is closed down. People's shopping is affected. People's food is affected," Jay Fernandez of Wilkes-Barre said.

Businesses, including Target at the nearby Wilkes-Barre Township Commons, also closed early because of this Facebook post.

Roberta Bonccewski wanted to see what it looked like for herself.

"It's just empty! It's like they said that there's a tornado or something, so everybody thought we better go out and go home," Bonccewski said.

Police are trying to track down the person who made that Facebook post and find out what their intent was.