Hanover Township Police are investigating where the shots came from. 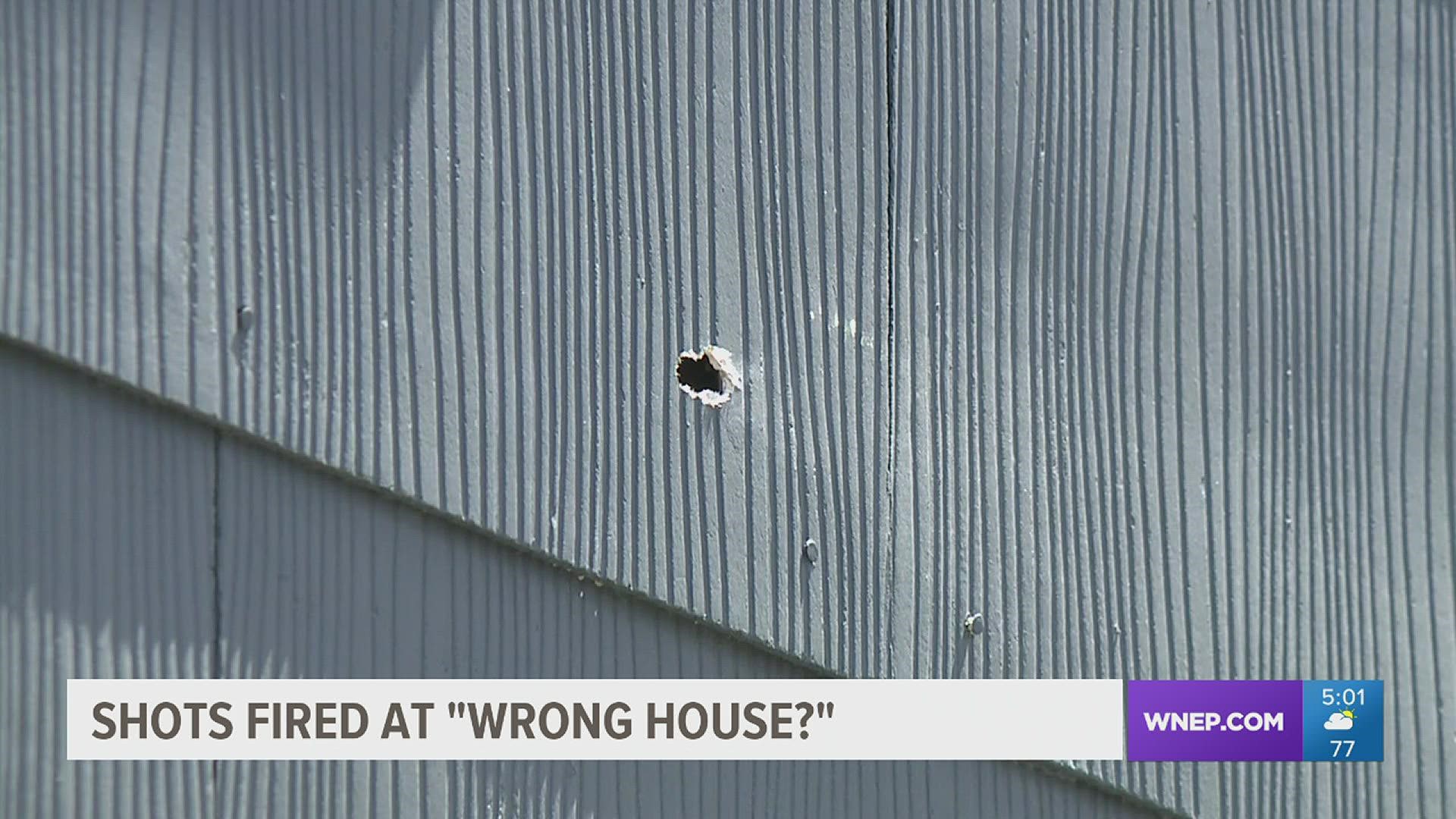 HANOVER TOWNSHIP, Pa. — Bullet holes in windows, siding, vehicles, and even inner walls. This is what Michelle Kalinowski and her tenants are dealing with after police say someone fired several shots into this home on Diamond Street in Hanover Township Sunday night.

"10:15 last night we were woken by what we thought was fireworks until came out into the living room here and noticed bullet holes and windows smashed and just been a nightmare," said tenant James Delaney.

"When we came outside, there was 16 casings on the ground lined up. It was far worse there was at least 16 shots into the house," said homeowner Michelle Kalinowski.

Delaney and his family moved into this apartment over the weekend, and Kalinowski bought the building in February.

"I'm in a great neighborhood. I thought I was going to be very safe. I picked a one-way street," Kalinowski said. "I got to know my neighbors, and clearly, I'm not safe. No one's safe, and I don't like having to say that about my town I grew up here, want to stay here, and unfortunately, I'm not seeing that being what I want to do at this point if things don't get cleaned up."

"As far as I know, they thought somebody else was here. It was a different house, wasn't directed at us or the other lady who lives here, said we're all fairly new. I just think it was a mistaken house. You know that's where we're at right now," added Delaney.

If you have any information about what happened Sunday night on Diamond Street in Hanover Township, or if you have doorbell or surveillance cameras in the area, you are asked to contact police at 570-825-1254.