Nine law enforcement agencies from Luzerne and Columbia Counties spoke with children, allowing them to feel more comfortable around police. 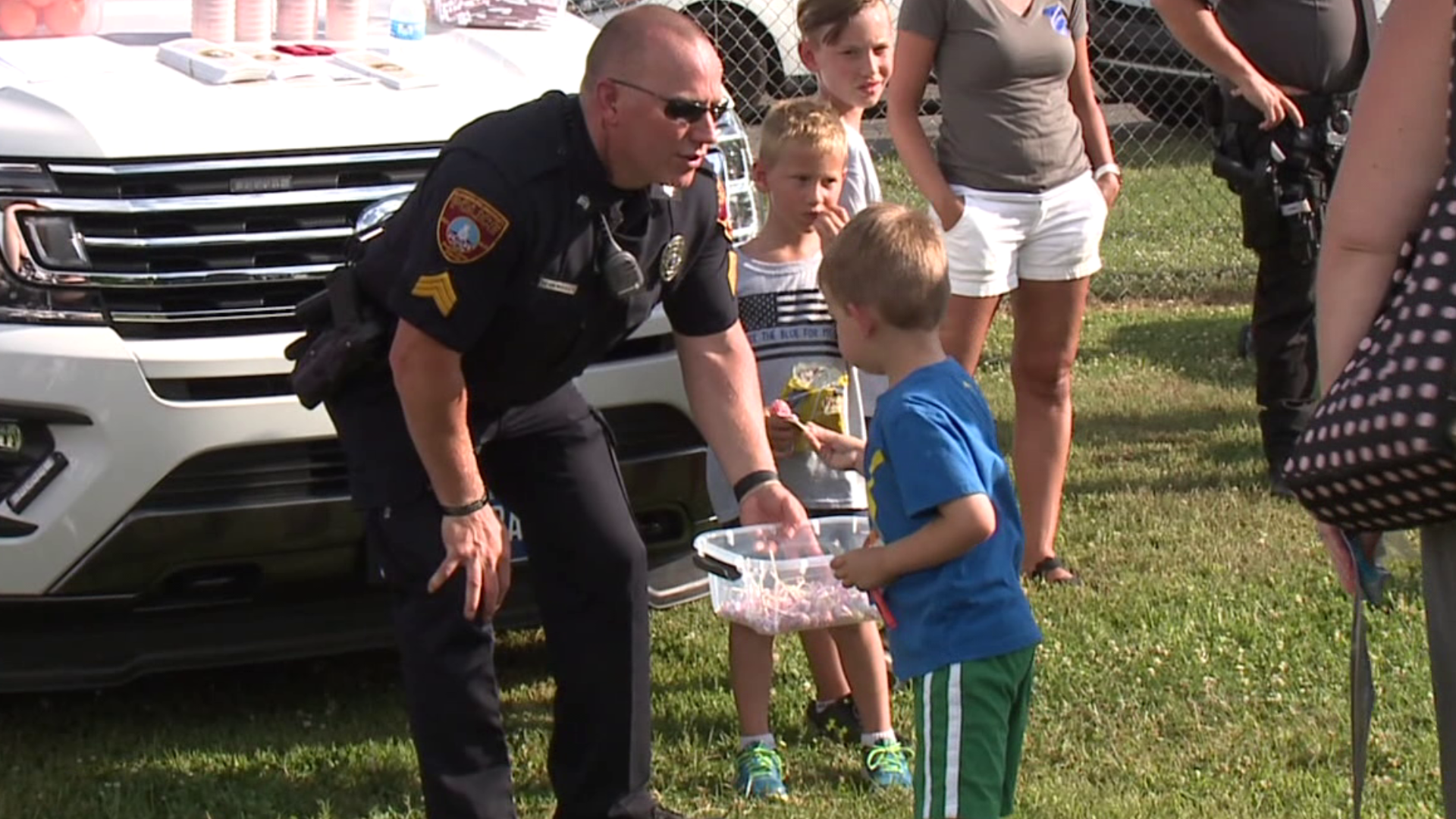 NESCOPECK, Pa. — Officers from Luzerne and Columbia Counties met with children on Tuesday evening for an event called Buddies with Badges.

The goal was to show kids they can be comfortable around police.

All of this comes at a time when protests are erupting around the country, resulting in face-offs between police and demonstrators.

Police in Nescopeck, as well as other law enforcement agencies from Luzerne and Columbia Counties, were giving out popsicles to children and letting them know that cops are their friends.

Salem Township officers said this is an especially important time to be a part of something like this.

"With everything going on in the world today, we just want to show kids that we're here for them and anything that they need; they can come to us, and we'll be willing to lend a hand to them," Sgt. Thomas Hegland of the Salem Township Police Department said.

Kids took pictures next to the Berwick Police Department's K-9 unit and hopped into patrol cars.

This was 8-year-old Bryson Loncynski's takeaway, "if you're nice to them, they'll be nice back."

Jasmine Jones came up with the idea to host Buddies with Badges. She is married to a state constable and wants all children to know they can trust the police.

"You never know when you're going to need help, and I want them to build these relationships before there is an emergency," Jones said.

The Nescopeck Volunteer Fire Company was there, along with nine different law enforcement agencies from across Luzerne and Columbia Counties.

"I wanted to make sure Columbia and Luzerne Counties were both represented because the Berwick community straddles both counties," Jones said.

About 150 people came to meet with the police, some from as far away as Hazleton and Bloomsburg.

Jimmie Legrand and his family live in Nescopeck.

"There should be no fear; we should always know that these guys are out here serving and protecting. They put their lives on the line for us. Not everyone can do it," Legrand said.

Police officers said meeting with so many new people and being able to show them what an officer's day-to-day job is like, was encouraging.