Bridging the gap between kids and police

An annual event that aims to create positive relationships between at-risk kids and police officers was held on Sunday. 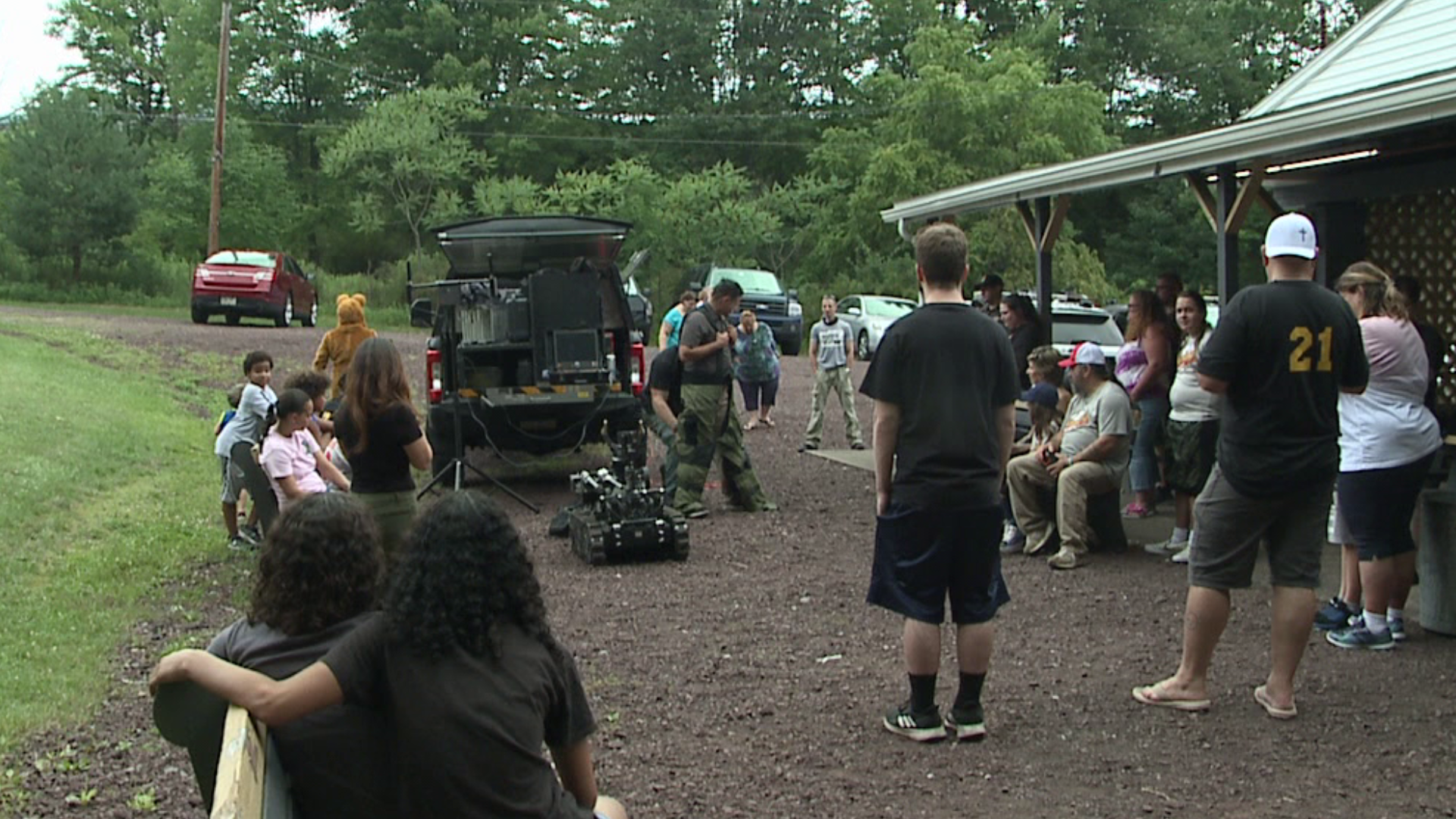 DRUMS, Pa. — Two groups that you might think would make unlikely friends gathered on Sunday in Luzerne County.

It's a tradition that aims to create positive relationships between at-risk kids and police officers.

This is like an RC car on steroids driving over a divide.

"It's important to bridge that gap, especially in the times that we're in right now, and have an environment where there is no tension. It's about fun. It's about learning. It's about interacting in a way that you're not used to," said Damarys Arcelay of Hazleton.

The kids here are not used to having fun with police officers. Many of them are being cared for or were adopted out of Luzerne County's foster care system.

Brandon's Forever Home organized this get-together between its foster care clients and the Pennsylvania State Police members at Maxie Cameron Grove in Butler Township, near Drums.

"We started this program in 2015 to bring together the children and law enforcement and just have a good day, a good experience, a good positive outlook between them and us," said Tpr. David Peters, community services officer.

The troopers rolled out their bomb detection unit and showed off some other crime-fighting tools - make no mistake, this is just as much fun for them.

"Communicate with people, let them see that you're human and that you care about what's happening to them. Because in most situations, you don't get that opportunity at an incident to really express how you care for them," said Tpr. Peters.

Brandon's Forever Home and the State Police took the year off in 2020, so organizers say this interaction was as needed as ever. And the adults get just as much from it as the kids.

"The dog, the equipment, even for us to get the information regarding what it takes for them to do their job. It's something that opens up a conversation for me and my son if that's something that he wants to do. So, I think it's been something that's been educational as well as fun," said Arcelay.