Breaking Down The Huber Breaker

ASHLEY — There’s not much left of a building that stood as a symbol of the mining heritage in the Wilkes-Barre area. On Thursday, demolition crews b... 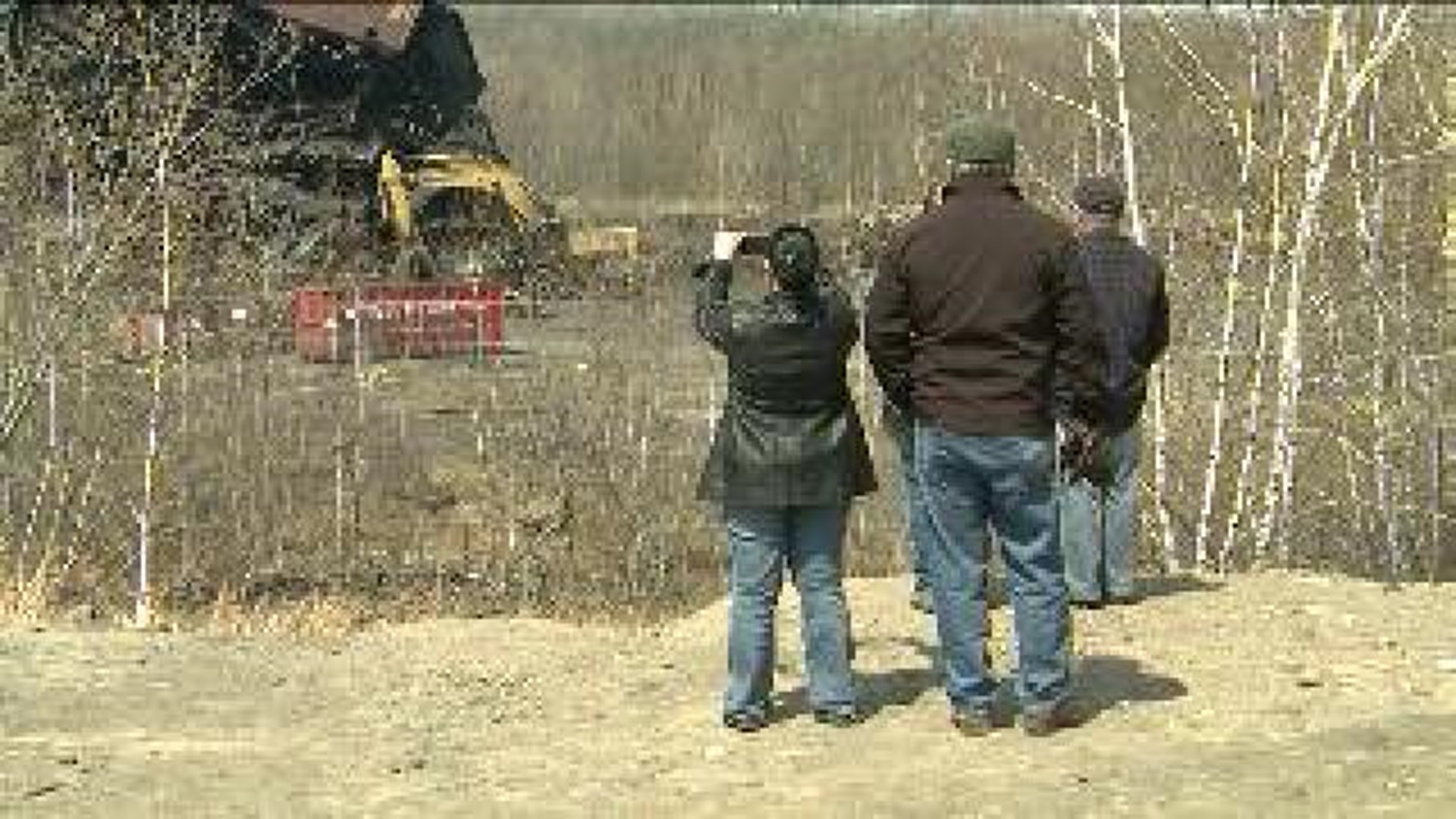 ASHLEY -- There's not much left of a building that stood as a symbol of the mining heritage in the Wilkes-Barre area.

On Thursday, demolition crews brought down the Huber Breaker in Ashley.

Newswatch 16 found people showing up to say good-bye to the piece of history.

Cell phone video shows it only took a matter of seconds to bring down what stood for decades as a symbol of the mining heritage in the Wyoming Valley.

The Huber Breaker in Ashley is now only a heap of scrap metal.

"It's breaking my heart, it's sad, it's almost like going to a cemetery," said Calvin Bell of Ashley.

It did seem a bit like a wake for the old breaker on this day after the demolition. Many people stopped by, some getting emotional.

This is all that's left of the Huber Breaker after demolition crews brought it down yesterday. pic.twitter.com/XvVIKpzaNO

Calvin Bell worked there in the 1960s.

"It's hard to talk about. The whole breaker, I've been all over it, from the top to the bottom."

"I wanted my grandson to see a part of history," said Effie Patts of Sugar Notch. "Being from this area, it's been a big part of the scenery here and the way of life."

Patts and her grandson took some old chunks of coal as mementos.

A group led a fight to save the place, but a company from Philadelphia bought the facility that was visible for miles and brought it down.

"It's very sad. I remember when it was in running order and a lot of the men were employed," Patts recalled.

There's a memorial that stands for all those who worked in the mines. The memorial stands for a lot more now, for the breaker itself.

"It just buckled and came straight down. It was just gone in seconds, just a matter of seconds," said Mark Kane of Ashley.

Kane watched the breaker crumble. He took cell phone video that quickly went viral online. He witnessed the end of a building where his grandfather and great-grandfather worked and he and many other kids in the area explored.

"It was real interesting because I've been there so many times. It was almost like a playground for me when I was a kid. Now it's going to the junkyard in shambles."