Pilots and crews are at the airport on Friday preparing for the Great Pocono Raceway Airshow planned for this weekend. 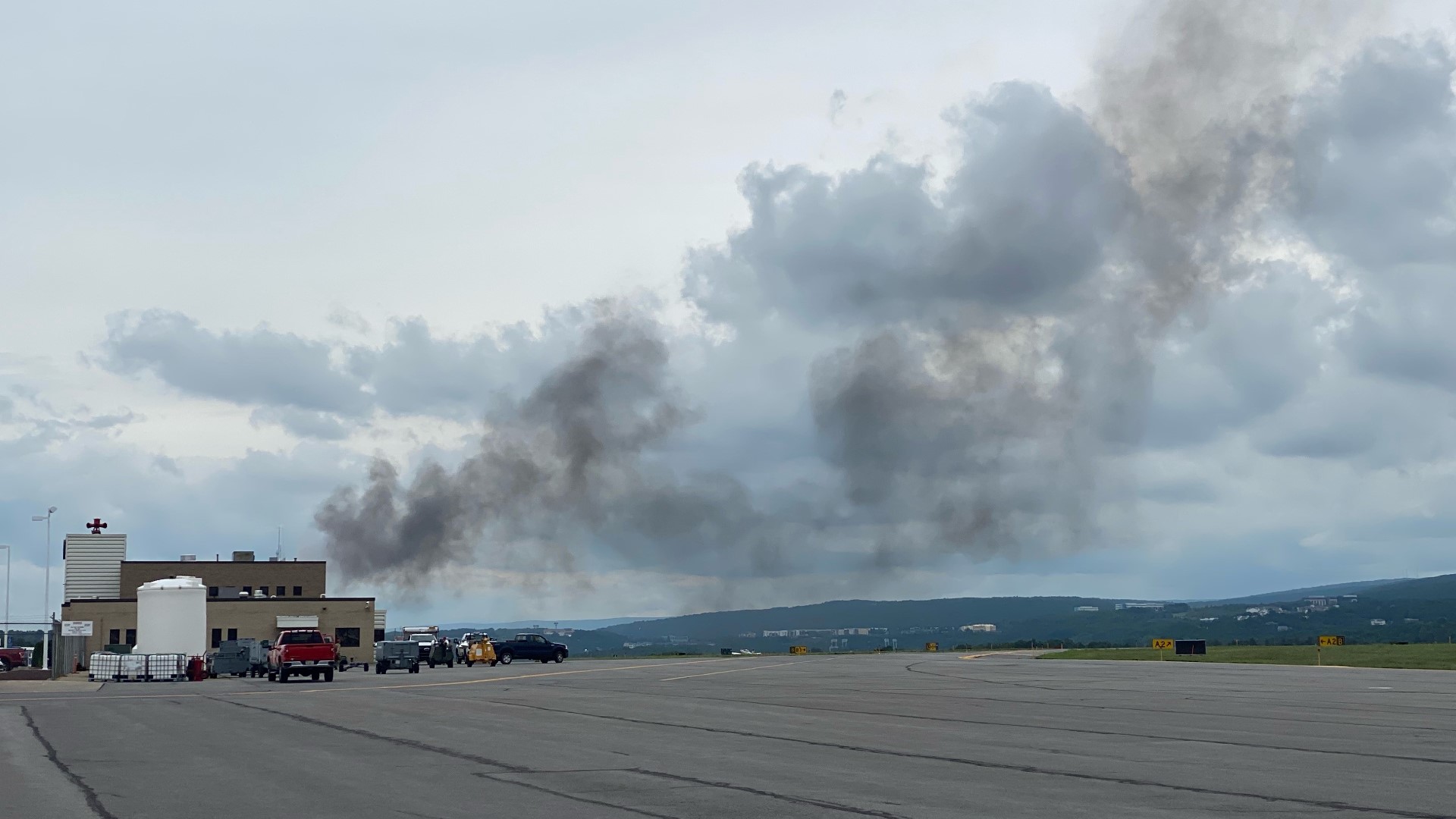 LUZERNE COUNTY, Pa. — Crews are responding to the Wilkes-Barre/Scranton Airport after reports of an aircraft down.

Pilots and crews are at the airport on Friday preparing for the Great Pocono Raceway Airshow planned for this weekend.

Witnesses say a plane involved with the air show crashed on take-off around 12:35 p.m.

Authorities confirm that the pilot died in the crash. The Luzerne County coroner was called to the airport.

What was supposed to be a day of practice for the Great Pocono Raceway airshow performers changed in seconds around 12:35 p.m.

The sound of sirens and plumes of smoke filled the air at Wilkes-Barre/Scranton International Airport. Investigators confirmed plane number 3 with the Geico Skytypers had somehow crashed seconds after leaving the runway.

The victim was identified as Andy Travnicek, 50, from New Hampshire. Geico team members said Travnicek was a graduate of the U.S. Air Force Academy, served in the U.S. Armed Forces, and was also a commercial airline pilot.

"He just started banking to the left and came straight down and crashed," recalled witness Joe Stahurski. "I couldn't believe it."

Carol Paupst of West Wyoming was another witness who saw the World War II-era plane crash. She was watching from the airport's gates with another family. And just as she was trying to get the attention of their two young boys to show them the sights, the unthinkable happened.

"I said, 'Here they go, here they go.' And I'm sorry they had to see that. It's something you don't forget. it's very emotional," Paupst said. "I was standing right there, and the building was blocking my way and we saw the flames shoot up to heaven."

Earlier in the day, Newswatch 16 had a chance to talk with Geico Skytypers flight team leader Larry Arken.

"Most of the pilots flying with the team are former fighter pilots. They're veterans. Most of us are also airline pilots and airline captains and copilots on the team," Arken said.

They are a team of professionals who fly these planes at air shows all over the country. Even after hours of briefings and engine checks early on, the unimaginable still played out during a weekend so many were looking forward to.

FAA officials are at the scene beginning the investigation. NTSB investigators are expected sometime this weekend. Results of the probe into the crash could take months.