Students Have Breakfast with Veterans

PITTSTON — There was only one rule at Pittston’s Martin L. Mattei Middle School’s annual Veteran’s Day Breakfast: students had to sit wi... 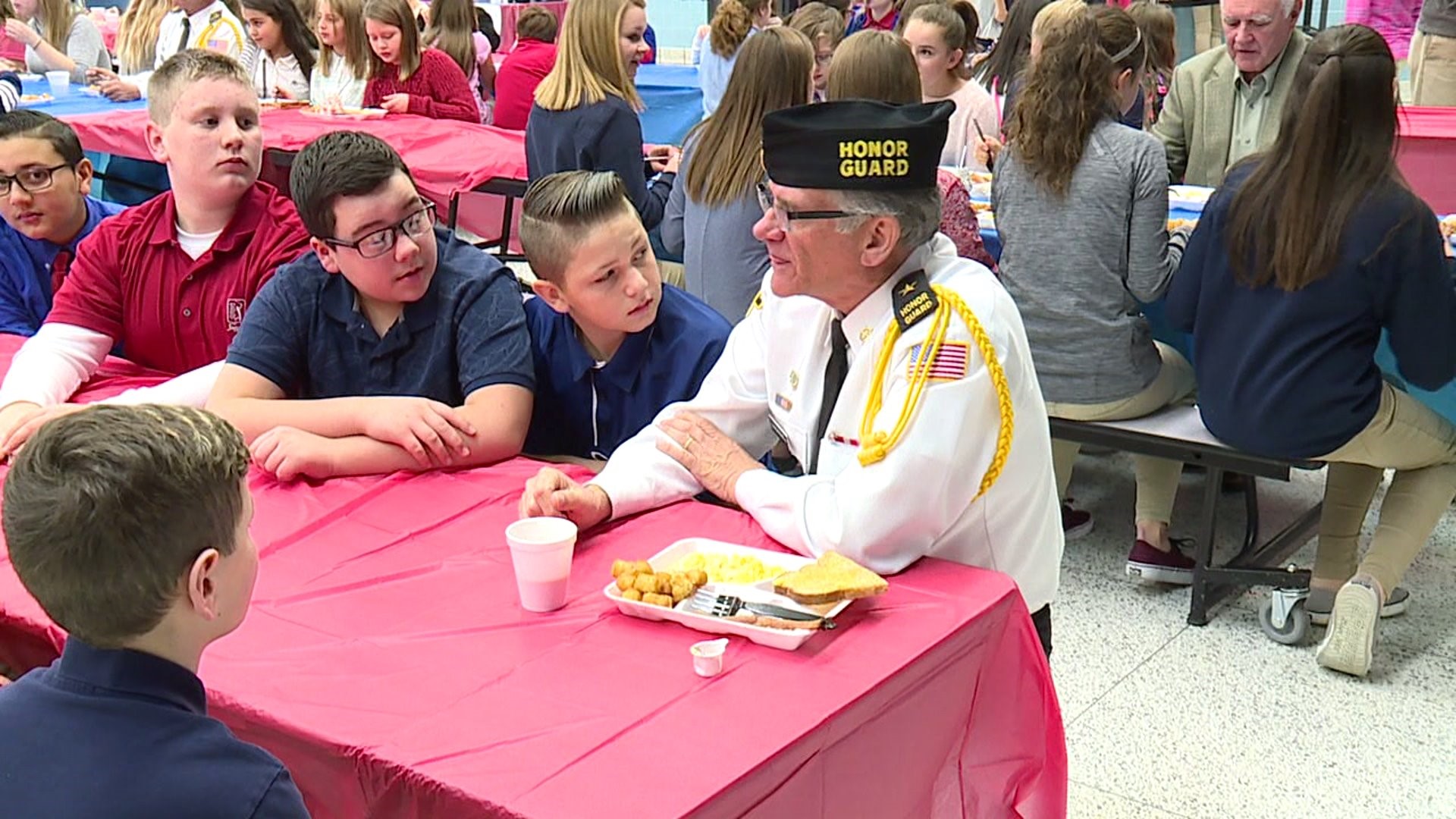 "It's something different, it threw us off guard a little bit. But having the kids asking us questions instead of us giving them something that might be boring to them," said U.S. Army Veteran Bernie McDonald.

Fifth and seventh grade student council members at the Pittston Area Middle School hosted the breakfast to honor the veterans, but in a non-traditional way. The students and vets sat down together to share the most important meal of the day.

"This is a nice approach, where we can answer the kids' questions and spend time with them," McDonald said.

"I personally enjoy talking to all the veterans that come. It's a very nice event," said seventh grader Jack Long.

Sitting together like classmates and friends, the students did a lot of listening, but they also got to ask questions. Of course, they also wanted to know what everything meant on the vets' uniforms.

"I think it's kind of cool to hear all the stories from when they served, what group they were in. The Air Force, Army," Long said.

Breakfast only lasted about an hour, but for the students and the veterans, they will remember it for a lot longer.

"It's actually kind of an honor," Long said talking about the fact that the veterans come every year.

"Being around the kids, it gives us a sense of purpose. Hopefully, the kids can understand that we care about them and we care about our community. And to see the kids care about us at veterans, it's just a win-win for everybody," McDonald said.