The scout is a just some paperwork and a review board meeting away from earning the highest honor in the organization. 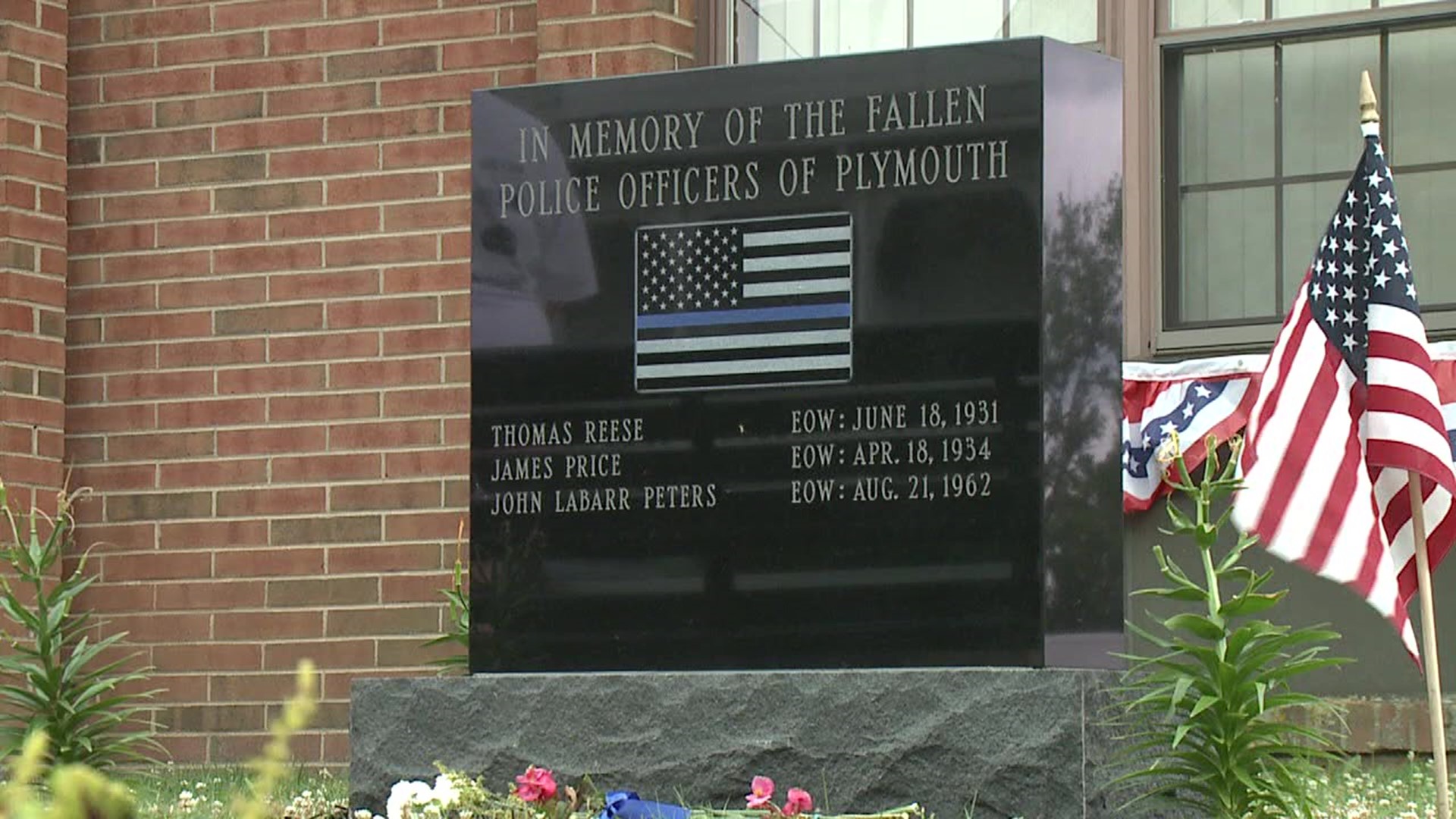 PLYMOUTH, Pa. — Nathaniel Wren of Plymouth has earned more than a few merit badges since entering the Boy Scout program at the age of six.

"I was in the Cub Scouts all through that and then I switched over to the Boy Scouts and now I'm here and my Boy Scout troop's in Lehman, Troop 241," he said.

Now he's setting his sights on his Eagle Scout rank and he thought a project would help get him there.

"I was at one of the town meetings and it was brought up to do something to honor fallen officers of the Plymouth Police Department and then I just thought maybe a monument would be a good idea at their police station and then it just kind of went from there," Wren said.

"I was kind of honored because he was talking about recognizing our police who had fallen in the line of duty. I thought that was a real honor, I thought that was exceptional for a person, like 16, thinking of something like that, I thought it was a pleasure," said William Dixon, the borough council's vice president.

"I wasn't really sure about how many or who were the fallen police officers of the Plymouth Police Department, so I definitely had to do some research to find out who they were and their stories," Wren explained.

Plymouth has lost three officers, two to crashes, and one to gunfire.

Until now, they were only recognized on a website for fallen police officers.

Some paperwork and meeting with a review board are what Wren has to do before he can officially earn his Eagle Scout rank.

If you would like to pay your respects, you can find the monument outside the borough building in Plymouth.