WILKES-BARRE, Pa. — A jury in Luzerne County has found Preston Bonnett guilty of murder in the second and third degree and arson in the deaths of three bo... 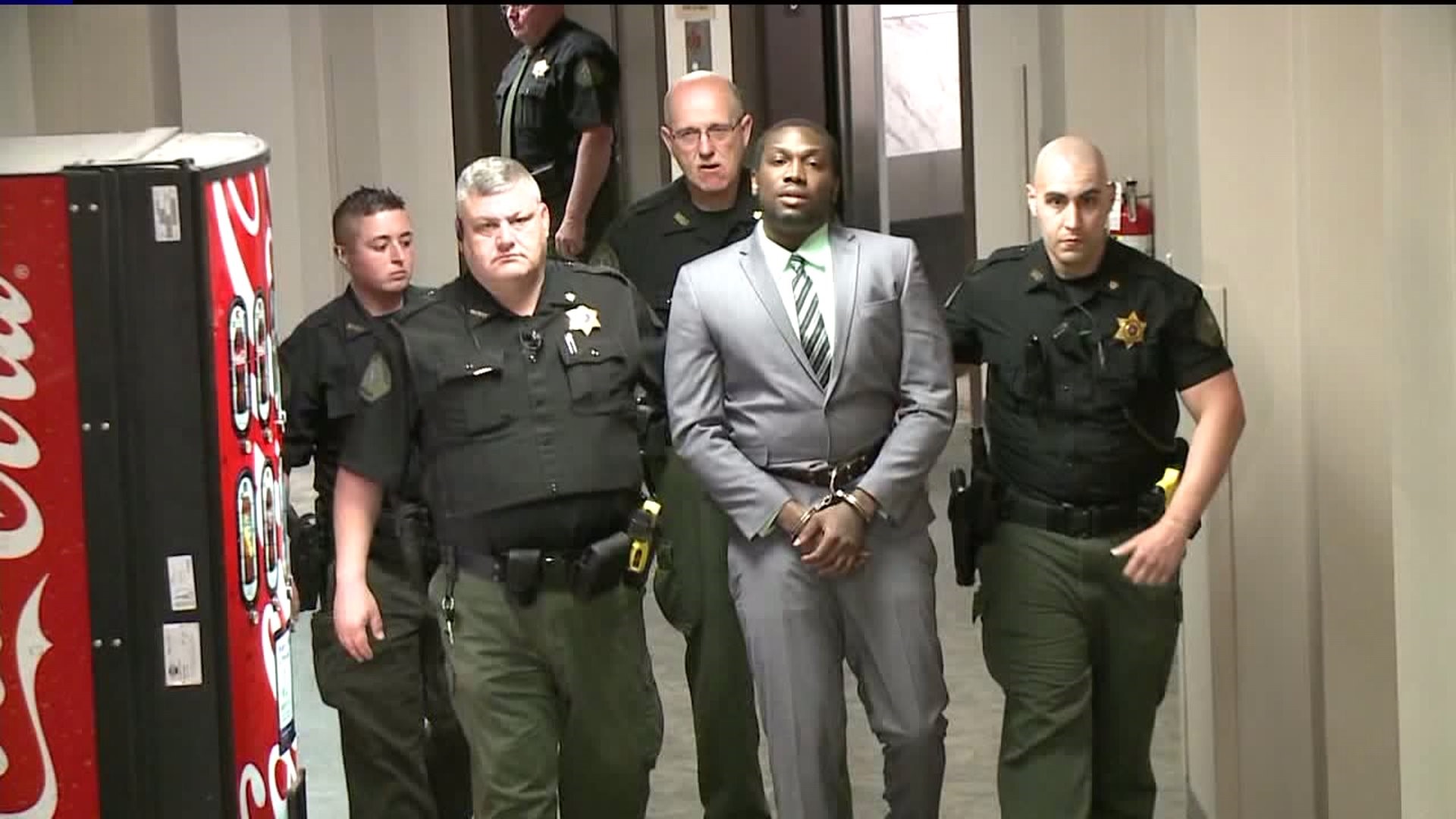 WILKES-BARRE, Pa. -- A jury in Luzerne County has found Preston Bonnett guilty of murder in the second and third degree and arson in the deaths of three boys in a house fire in Laflin.

The jury deliberated for about four hours after closing arguments. Around 2:30 p.m., they declared Bonnett guilty of arson as well as second and third degree murder.

Bonnett was escorted out of the courthouse and was yelling about the burn patterns the defense tried to use to prove the fire started accidentally, despite his presence near the fire's place of origin.

Sue Major, the mother of the boys whose murders he's been charged with would not speak with us about the verdict and left the courthouse weeping.

Bonnett is the ex-boyfriend of the children's mother and briefly stayed at the family's home in Laflin until he was thrown out. Investigators say he was angry, returning to the home to throw a bottle through a window.

The family put up surveillance cameras and on the night of the fire, Erik Dupree called 911. State police say he told a dispatcher that Bonnett was outside the home. Dupree said he and his two younger brothers were in an upstairs bedroom. Their mother wasn't home.

Prosecutors say the mother's testimony was vital in the trial.

"To have testified and have told her story about the boys was a major factor in this victory. Secondly, the defendant's former girlfriend who was a key piece of evidence on the witness stand who testified that despite being in love with him, she knew the evidence was what it was and had to do the right thing for those children," said Sam Sanguedolce, Luzerne County First Assistant District Attorney.

Defense attorneys argued that Bonnett had nothing to do with the fire and the boys' deaths.

There is no word on a sentencing date for Bonnett, but prosecutors tell us he is facing three life sentences for just the second-degree murder charges.