PITTSTON TOWNSHIP, Pa. — A controversial Scranton businessman is getting out of the trucking business with a big sale on Friday. Trucking company owner an... 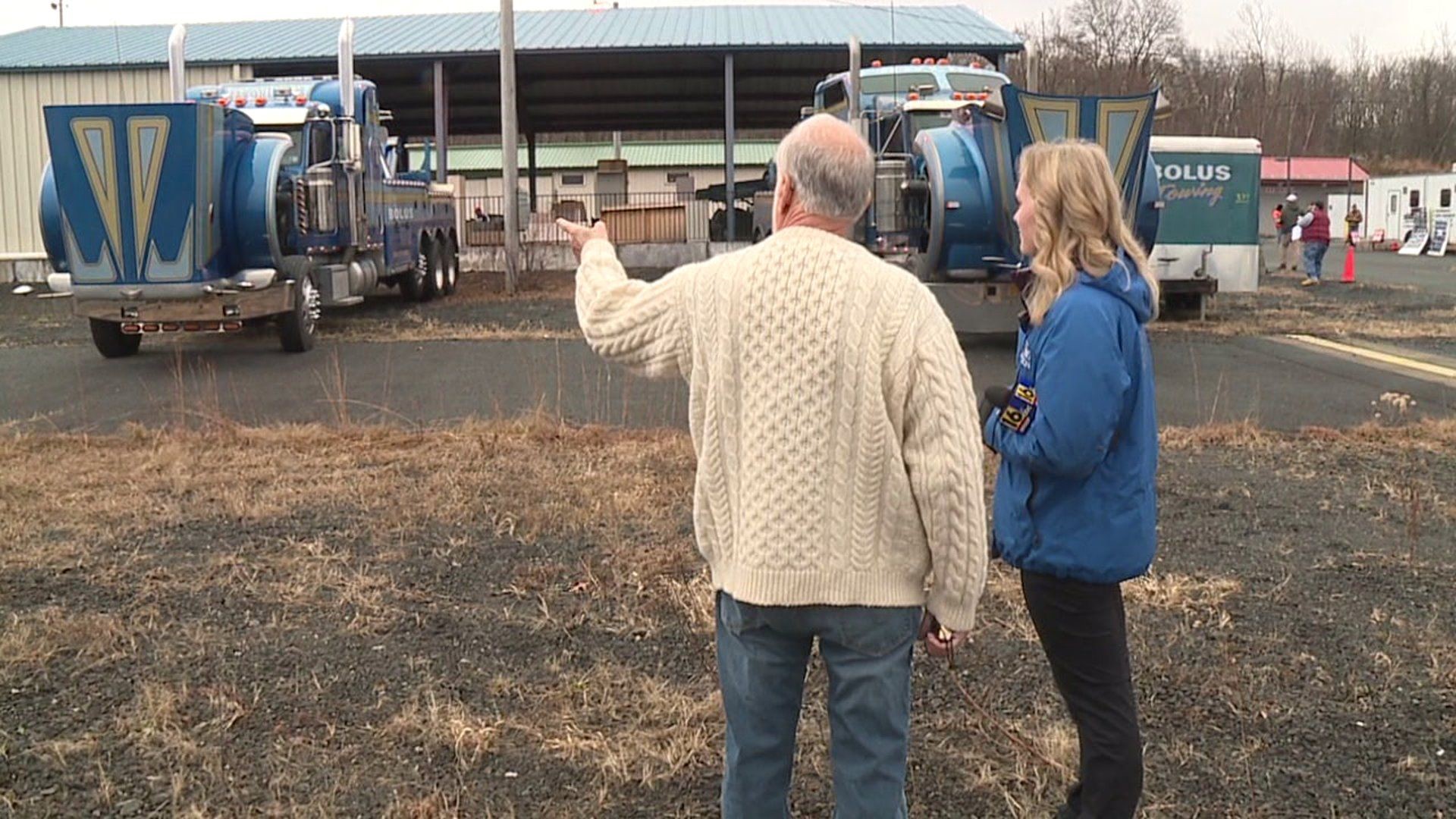 PITTSTON TOWNSHIP, Pa. -- A controversial Scranton businessman is getting out of the trucking business with a big sale on Friday.

In the market for a tow truck or trailer? Hundreds of items are up for grabs at @realBobBolus's retirement auction in Pittston Township today beginning at 9:30am pic.twitter.com/hOHWGFyKro

In 2012, Bolus was sentenced to a minimum of six months in jail for filing a false insurance claim for his business.

The assets of that business are what's up for grabs Friday morning include more than a dozen trucks, more than 100 van trailers, and hundreds of truck parts and accessories.

The auction taking place in Pittston Township is Bob Bolus's retirement auction. He's selling items from his trucking and towing company in Throop, but for Bolus it isn't a celebration. He says he's being forced to file bankruptcy because of tax issues.

"It's a hard thing to do, you know, to finally say, you know, I'm going to end this, but not for the reasons I wanted to end it," Bolus said.

Bolus says the items on this lot represent 57 years of his life here in northeastern Pennsylvania.

"It's hard to put into words. Literally, I mean, look at the equipment we have and it's a lifetime of work," he said.

While Bolus is calling it quits for his trucking business, he says two other things he's known for around town are not going anywhere -- his pro-Trump and anti-Democrat tractor-trailers that started popping up during the 2016 presidential campaign and his annual Christmas dinner he hosts in Scranton.

"I wouldn't want to be anywhere, I don't care what part of the world I'm in, I will be here on Christmas Day and I will be slicing turkeys and I will be having my dinner. That's never going to change," Bolus said.

Bolus is also known for his annual Christmas dinner. He will be hosting the dinner this year. It's scheduled for Christmas Day from noon to 6 p.m. at St. Patrick's Church in Scranton. It's free and open to the public.