The march and rally were organized by two teens from Luzerne County. 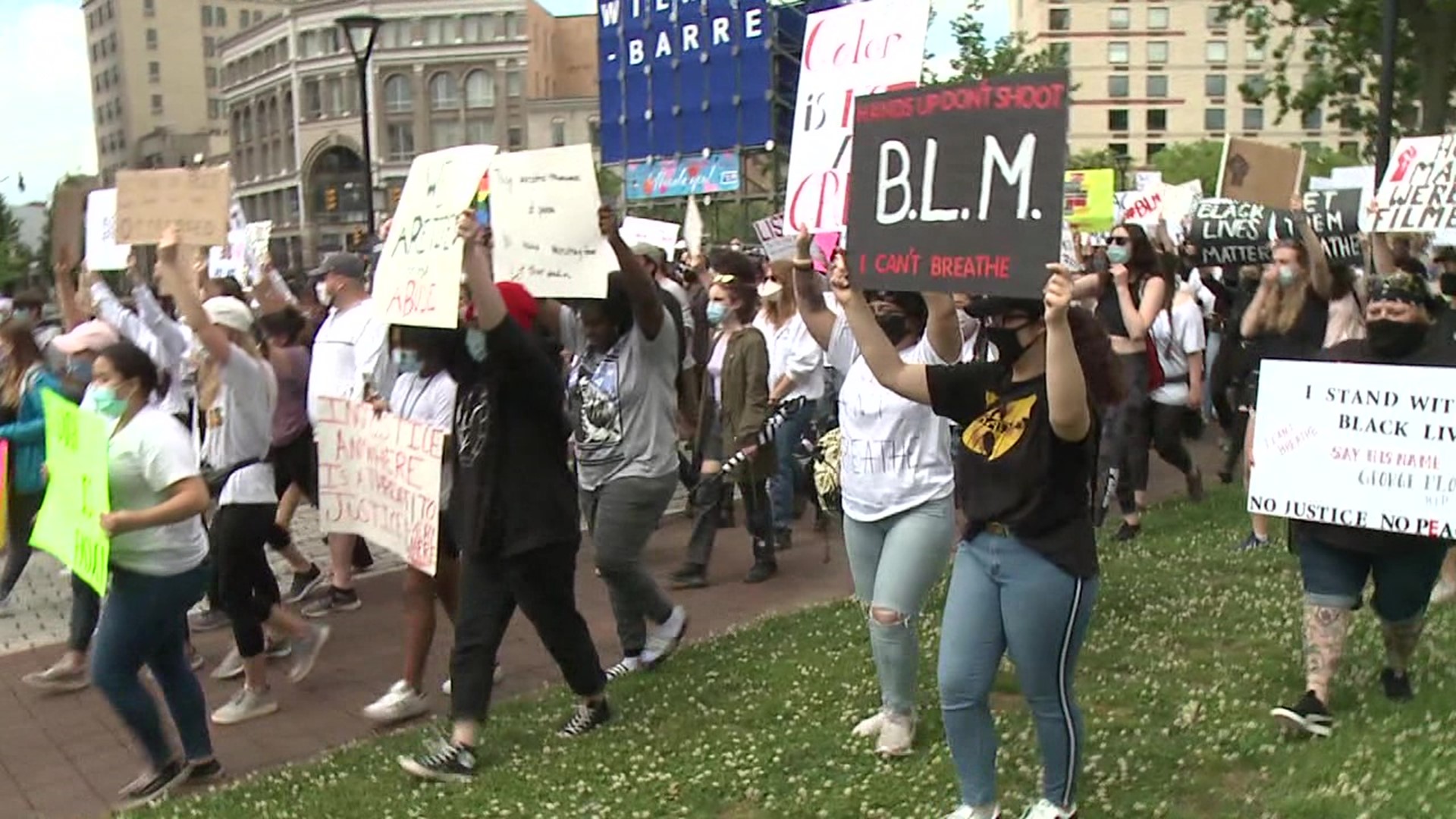 WILKES-BARRE, Pa. — Hundreds of people marched around Public Square in Wilkes-Barre, calling for change after the death of George Floyd in Minnesota.

The protest was organized by two high school girls from Plymouth. A Facebook post drew hundreds to public square for a peaceful, powerful protest.

Hundreds circled around the center of Public Square in Wilkes-Barre for a Black Lives Matter protest, organized by Kaylee McNeil and Winter Jenkins from Plymouth.

"It doesn't matter what you look like, how you talk, where you're from, whether you're a boy, girl, what you identify as, I think we all believe in equal rights and opportunities, and we're all, you know, we're all right to justice. We're in America; we're built on freedom. Everyone should have that," said Scranton resident Savannah Drummond.

The protest circled Public Square and spread demands for justice, peace, and equality.

Organizers tell Newswatch 16 this message needs to be heard, and it wouldn't be if a demonstration like this led to violence.

These young women say this crowd was intimidating, especially since their call to action started as a Facebook post, but they feel like it adds more power to their message.

"I would have been pleased if it was three people as long as somebody's supporting, as long as we're being heard," Jenkins said.

"It just needed to be done," McNeil added. "No more silence."

The crowd full of young people worried for their future are hopeful that demonstrations like this spark change.

"I'm terrified for my children and what the world is going to be like when they grow up if they're going to get killed just because of their skin. The police are not going to get charged because they're white, and it is not fair at all," said Lakina Hughes.

"If we grow together, if we stop the ignorance in our generation right now, then we can make a difference in the future," said Mahmud Dabsheh.