The protest was organized by a group of friends who recently graduated from high school. 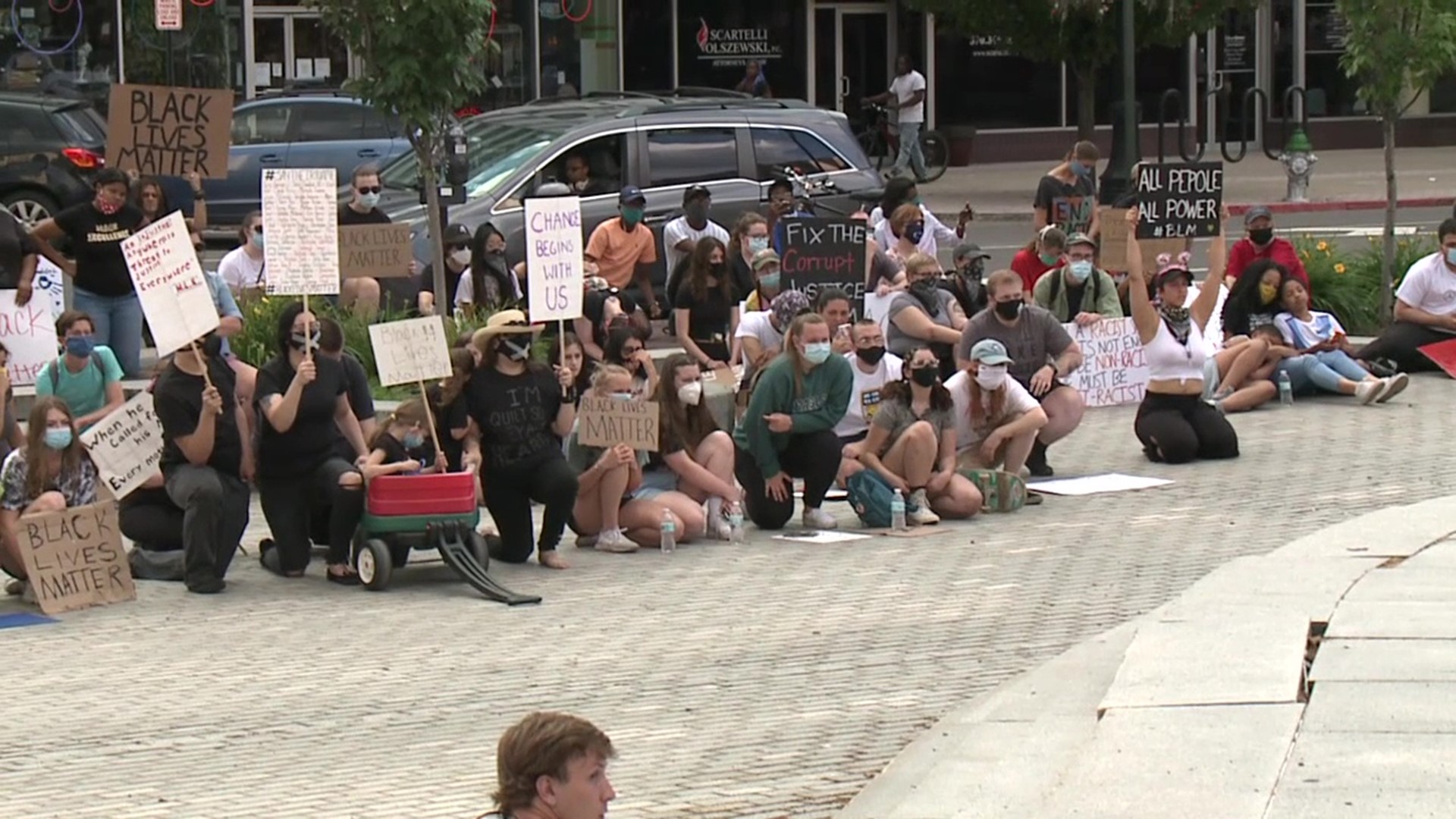 All of this was organized by a group of high school friends who graduated from GAR High School two weeks ago.

"I made a Facebook post at like 12 o'clock at night, then there was 20 people on there, and then I woke up and there was like 200 and then it just kept growing, and growing," protest organizer Honesty Lopez said.

That's how long a police officer in Minneapolis kneeled on the neck of George Floyd last month.

Floyd's death has been ruled a homicide; four officers were charged.

"We're getting killed out here. I'm black, this is very personal to me. I mean, I feel like I should come out and support. I mean, my people are dying," Christianson Daniels of Hanover Township said.

This wasn't the first Black Lives Matter protest on Public Square since George Floyd's death, but it appeared to be the biggest with people of all different races and ages coming together.

"It's beautiful. It's moving. This is my fourth protest since George Floyd's death and the numbers just keep growing," Candice Harris of Edwardsville said.

There was a tent with organizers registering people to vote.

"What we try to do at every protest is encourage people to vote so that we can get the policy changes and get the people in office that represent us," Protest organizer Sharee Clark said.

"By having people vote and register to vote they can vote for the changes that we need to see and people we need to advocate for those changes," Savannah Drummond of Scranton said.

The group who organized this protest does not have any other demonstrations planned just yet, but they said they plan to organize others in the future.