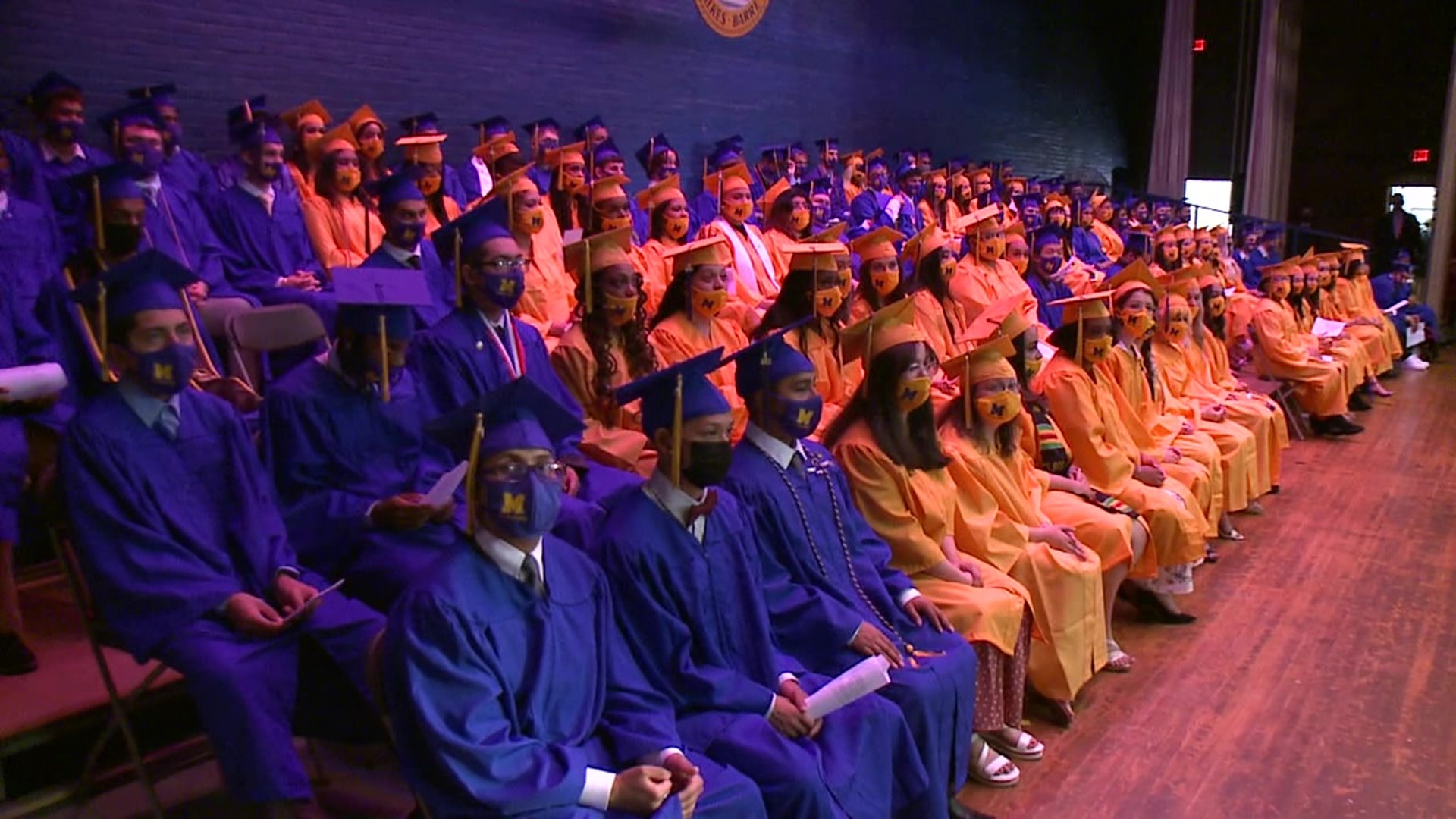 LUZERNE COUNTY, Pa. — For the final time, a procession of graduating high school seniors walked through the auditorium and onto the stage at EL Meyers High School in Wilkes-Barre.

Before the ceremony began, Newswatch 16 asked the students what was going through their minds as their final day marked the final day for the school, too.

"All my family been here before and my mom," explained Brandon Kufro. "Her sister, all her kids, so it's a real honor being the last one."

Speeches at the event had the same bittersweet tone, and it was the same that was felt at the other high schools in the Wilkes-Barre Area School District, including GAR, where graduating seniors were met with a crowd of alumni for the final sendoff.

"I actually went since seventh grade, and I cried on my way here. I cried last night; it's really upsetting. I mean, I don't want GAR to be over with. I mean, it's really sad, but I'm excited, really excited. Just get out of here," said Joryn Catina.

Finally, the graduation of the students from Coughlin High School took place at the Mohegan Sun Arena in Wilkes-Barre Township, but it wasn't without tradition or a mixture of emotions.

"It's good to be the last class. It's a good school. It's going to be missed," said senior Nicholas Sipple.

"Coughlin, definitely very sentimental, my brother, my sister, I have a lot of family members that graduated from there. So it's definitely heartwarming that I could be the last graduating class," added Lylah Lopez.

The sentiment throughout the city was very much the same, no matter which graduation you attended.  Many are excited for the lower classmen to go to the new Wilkes-Barre Area High School in Plains Township this fall.