Bishop’s Name to be Removed from King’s College Building

WILKES-BARRE, Pa. — Officials at King’s College in Wilkes-Barre say they will be changing the name of a building named for a bishop in the grand jur... 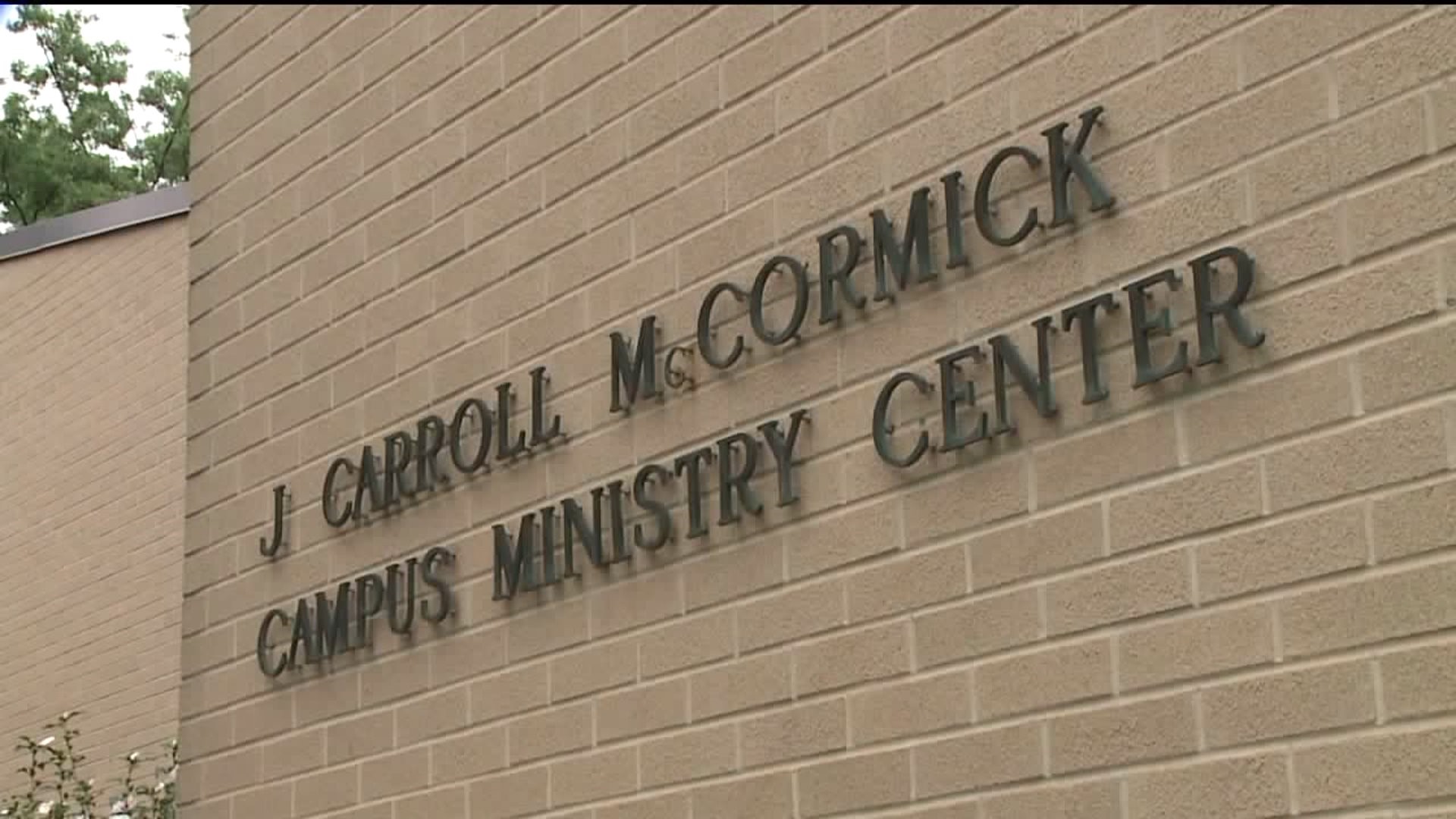 WILKES-BARRE, Pa. -- Officials at King's College in Wilkes-Barre say they will be changing the name of a building named for a bishop in the grand jury report released last week.

The University of Scranton announced on Monday it would be doing the same thing to several of its buildings.

On this Catholic college's campus, the building that's home to the school's chapel and campus ministry is named for a bishop named in the grand jury report.

Now, King's College in Wilkes-Barre will be removing Bishop J. Carroll McCormick's name from its campus ministry center. This comes just a day after the University of Scranton announced it would be removing the names of bishops from some of its buildings.

"The priests that were involved, none of their names should be on anything. I definitely agree with that," said John Kawalig of Hazleton.

King's College says it will not only remove his name from the building but also rescind an honorary degree for Bishop James Timlin, who is also named in the report.

"I mean, personally, I believe it's so horrific what happened and absolutely no reason to carry on the legacy of someone who was involved in what happened in our diocese and all of them across the state," said junior Rachel Jones.

Jones is Catholic and attended Holy Redeemer High School in Wilkes-Barre. She believes removing the names is the right thing to do.

"I think it would be beneficial and show some respect to the victims if their names were removed."

King's College officials say they are still in the process of making these changes. They do not have an exact date as to when they will happen.