KINGSTON, Pa. — There is some controversy in Luzerne County over the closing of a bike shop in Kingston. Main Bike World in Kingston abruptly closed this ... 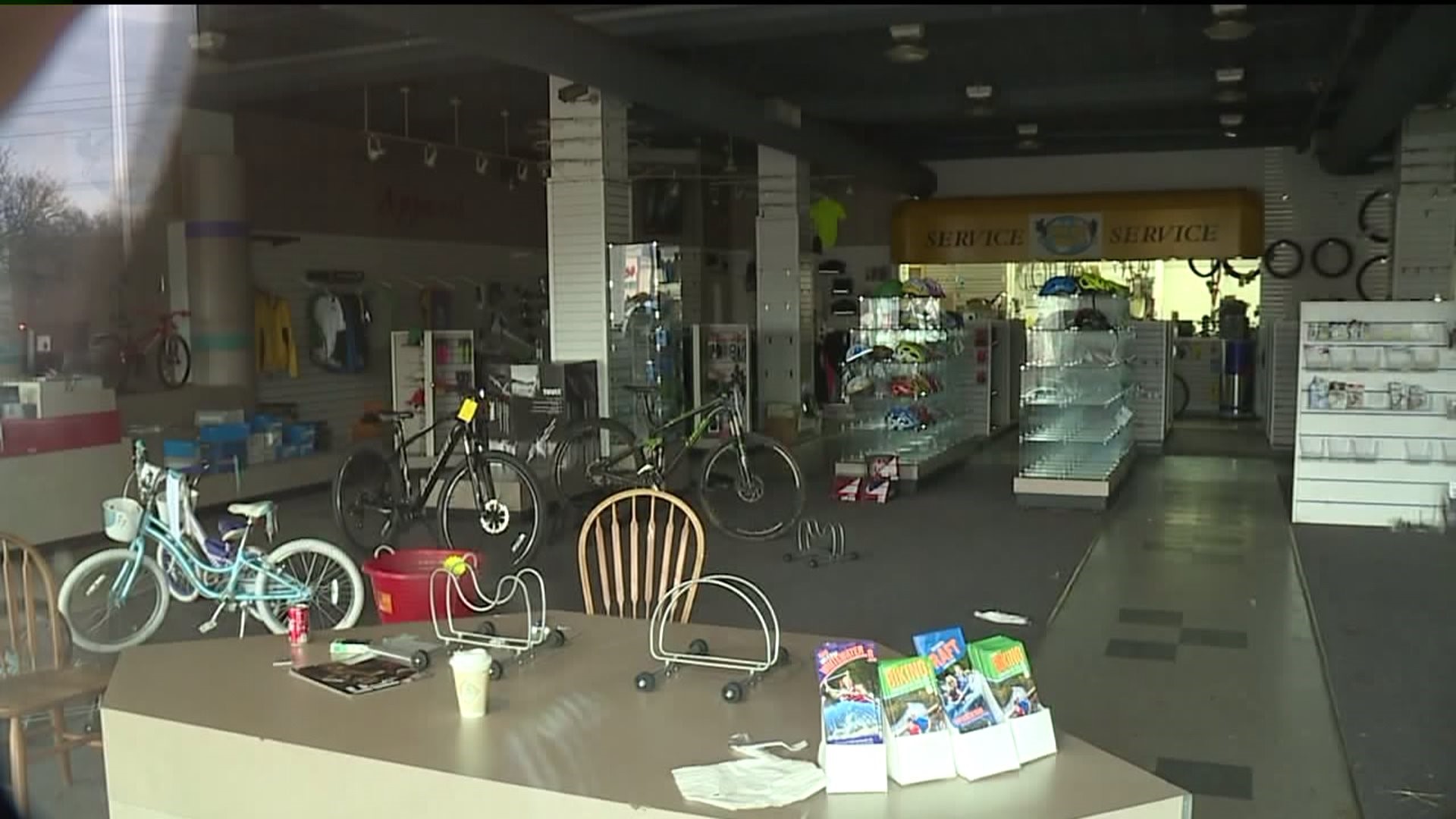 KINGSTON, Pa. -- There is some controversy in Luzerne County over the closing of a bike shop in Kingston.

Main Bike World in Kingston abruptly closed this month after being in business for two decades leaving some customers wondering what will happen to their bikes.

“The rear trailer was bent on that and the chain was broken and I needed tires,” said Gus Panagakos of Dallas.

It had some broken parts so Panagakos took it to Main Bike World in Kingston on March 13 to get fixed.

“I took it to Main Bike World to get it fixed because I had my other bike fixed there and he fixed it in a day,” said Panagakos.

But after, Panagakos said he couldn't reach the store by phone. When he went to the store repeatedly each time it was closed. Now, he realizes the day he dropped off the bike was the last day Main Bike World was in business. Panagakos wonders why the owner didn't tell him that.

“I asked him, ‘boy, are you closing?’ Because there was so little bikes there and he said,' no, just waiting for some stock to get in,'” said Panagakos.

Panagakos says he hasn't been able to get his bike back.

Through Facebook, Main Bike World told us that customers should contact the landlord and arrange to get their bikes.

We did speak with the landlord who says only bikes left in the shop are the ones dropped off for repairs and will be returned to their owners as soon as possible.  The landlord says the store owner has tagged each bike with the owner's name and phone number. The owners will need to show ID to get them back.

Rick Bedmarcz says he does maintenance work at the building and has seen people getting their bikes.

“They just come down and get what they have to get, the owner is giving them permission to come get their stuff,” said Bedmarcz.