2020 saw the highest number of highway deaths in more than a decade, and troopers think speeding is a factor. 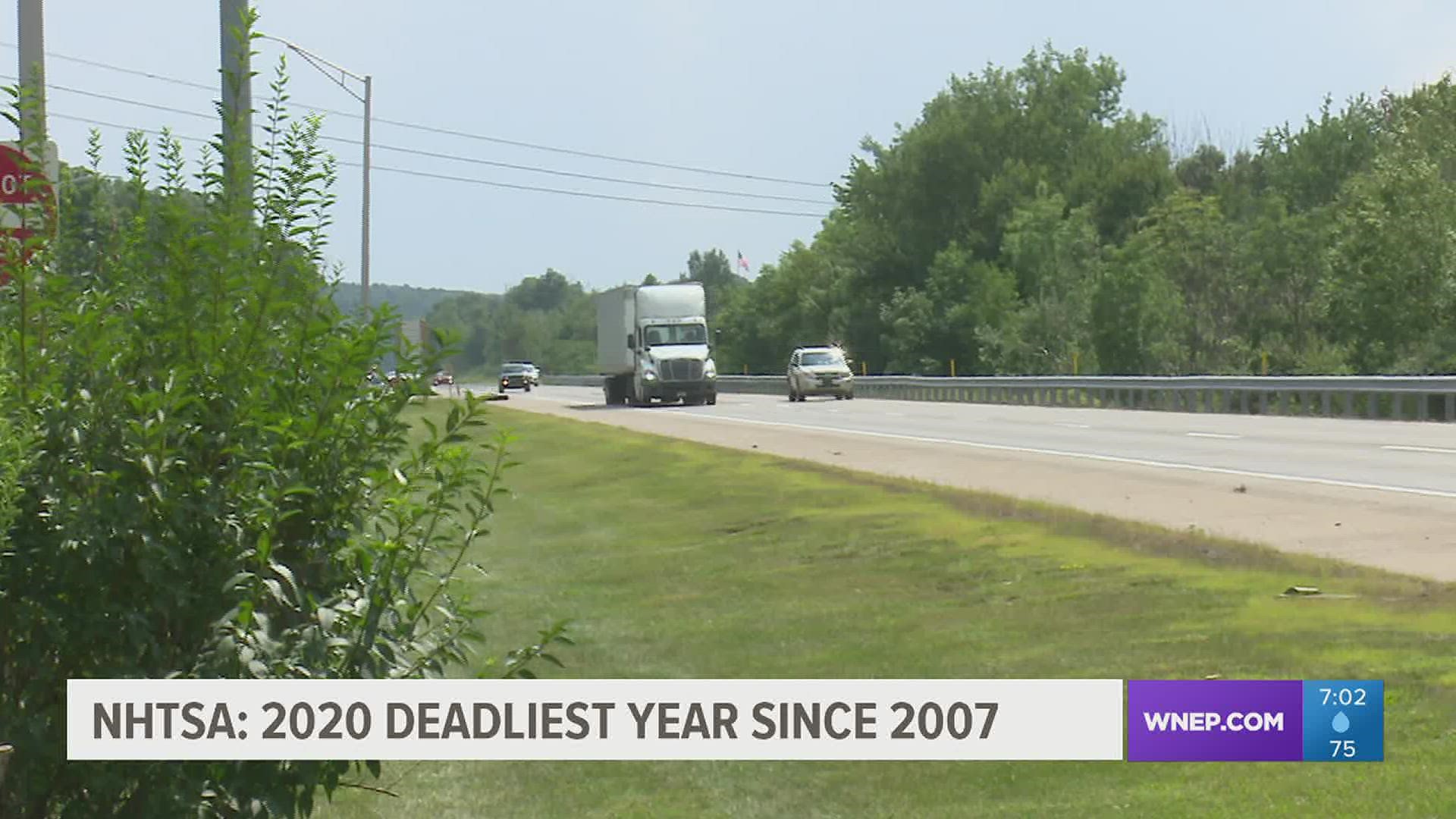 LUZERNE COUNTY, Pa. — There seems to be a need for speed on highways across the country, and drivers passing through Luzerne County have definitely taken notice.

"A lot of speeding, a lot of cutting off," said Donna Faulkner.

"Especially cutting off," added Walter Faulkner. "People trying to squeeze in between two cars when there's only room for one."

According to the National Highway Traffic Safety Administration, the number of fatal crashes in the U.S. in 2020 was the highest since 2007.

Data from Pennsylvania State Police Troop N, which covers parts of Interstates 80 and 81 in our area, shows an increase from 18 deadly crashes in 2019 to 27 in 2020.

And this year, the number is already up to 15.

"It seems a little high. Hopefully, it stays around that. We don't want any fatal crashes," said Trooper Anthony Petroski from the Pennsylvania State Police.

The government report cites speeding as one of the reasons for the recent increase in deadly crashes around the country.

Trooper Petroski says with fewer cars on the road last year during the height of the pandemic, people may have felt freer to step on the gas.

"It could have been, you know, wide-open road, they might think they can get away with it. But we never shut down, we were still working during the pandemic being as safe as we could, so if we caught them, they would get the proper citation," Trooper Petroski said.

The rest stop along Interstate 81 near Dorrance was really busy Monday afternoon, and drivers we talked to said, in general, there's been a lot of cars on the roads recently.

"People are trying to get out and enjoy whatever they can before, God forbid, we get more," Donna Faulkner said.

"Especially now, last month of summer, you get a lot of people going on those last-minute vacations, traveling through to go see family before the fall and the winter start. So there's definitely been more cars on the road, and with that, we kick up our enforcement," said Trooper Petroski, adding that you can expect to see more state police on the highways over the next few weeks.