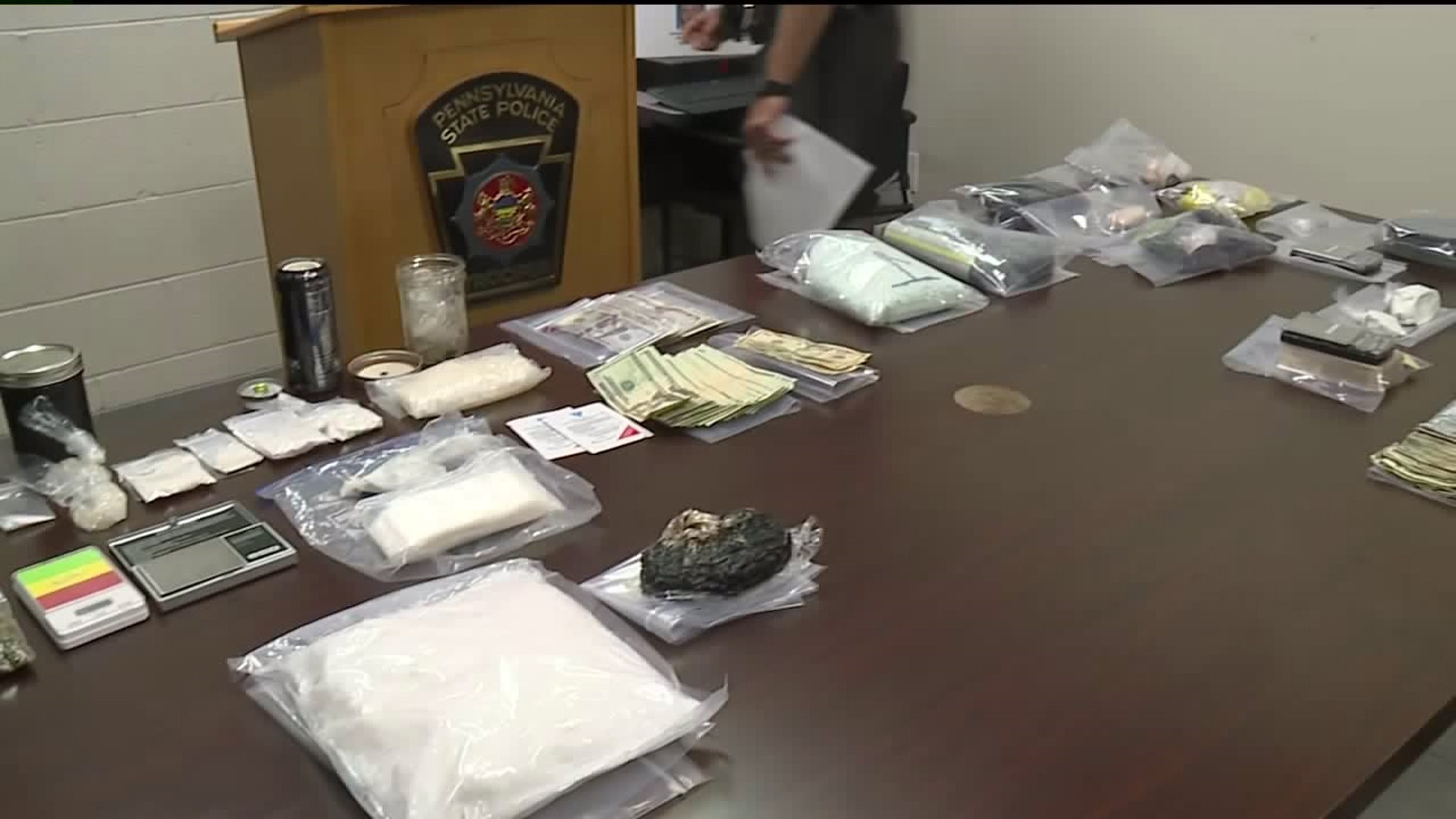 SCHUYLKILL COUNTY, Pa. -- Police in Schuylkill County say they've made the largest drug bust in that county's history and took a dozen drug dealers off the streets in the process.

Police call it Operation Strike Three. They say they struck gold by the amount of fentanyl, heroin, and methamphetamine they took off the streets.

"It's a bad day to be a drug dealer," said Schuylkill County District Attorney Michael O'Pake.

Police say the drug ring was based in Hazleton, and 14 accused dealers were rounded up in Luzerne and Schuylkill counties.

In the last 30 days, authorities seized an estimated $700,000 of fentanyl, two large packs of meth, and a package of dark heroin.

The D.A. said the drug ring was run by Miguel "Domi" Apolinaris out of his home in Hazleton.

Police say alleged accomplice Yensi Mateo of Hazleton is wanted by the FBI in Georgia for another crime.

Authorities even tied the dealers to a home in Beech Mountain Estates in Drums, a gated community where homeowners tell Newswatch 16 they saw SWAT teams come in Tuesday morning to arrest Manuel Blidjen.

Many of those arrested in Schuylkill County were from rural communities.

"Any socioeconomic status is touched by the drug problem, and I think that's apparent to everyone," O'Pake said.

Police are still looking for two other individuals, but authorities say their most wanted are off the streets and in county jails in Schuylkill and Luzerne counties.