WEST WYOMING — We are learning more about the plant the Pennsylvania Game Commission blames for the death of four bears in Luzerne County. The plant is an... 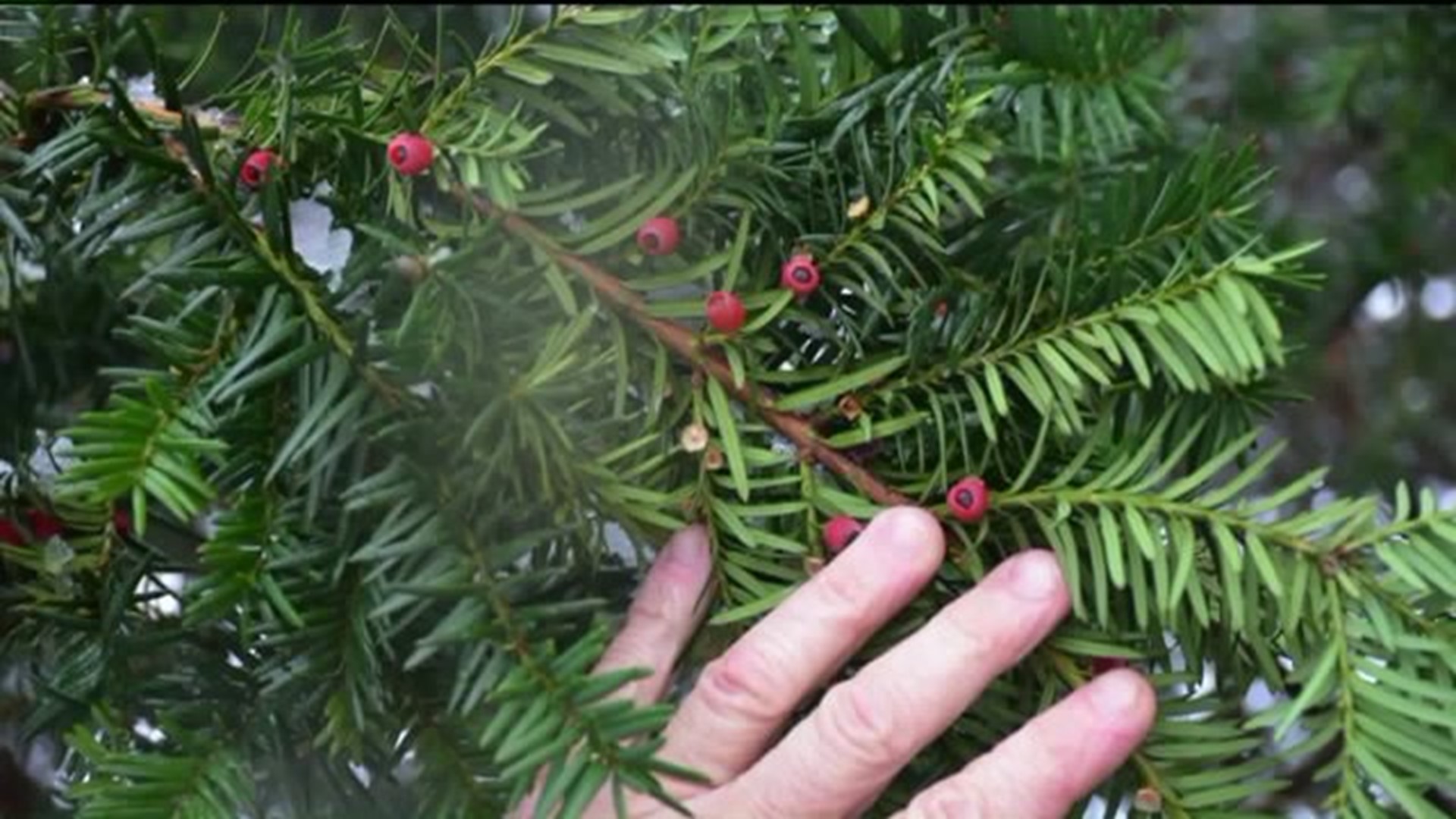 WEST WYOMING -- We are learning more about the plant the Pennsylvania Game Commission blames for the death of four bears in Luzerne County.

The plant is an English yew known by many botanists to be highly poisonous if it is ingested by some animals and humans.

The plant blamed for the death of the bears was found in a church's parking lot, but it's also a popular plant found on the lawn of many homes.

It was earlier this month that the game commission found a mother or sow bear and her three cubs dead near the back parking lot of St. Monica's Church in West Wyoming.

At first, it was a mystery how all four bears died, in the same spot at the same time. Their deaths were ruled suspicious and the game commission believed they could've been poisoned.

Williams says, unfortunately, bears have been poisoned by humans before, often people upset with the animals intruding on their property.

But after a series of tests, the game commission discovered these bears were killed by a plant -- an English yew, growing in the church's backyard.

"The English yew is not native to the area, it's actually an ornamental landscaping plant that is imported from Europe. Because it wasn't a part of the bear's natural habitat, the bears wouldn't have known it was poisonous. On top of that, this plant is the most poisonous around the wintertime," said Williams. "This is probably a perfect storm of conditions that happened there. The sow and the three cubs were out at a time when we expect them to be going into hibernation. And they are feeding very heavily at this period of time."

The bears are believed to have died almost instantly with how much English yew they consumed. That may sounds scary because this plant is popular, and highly poisonous if it ingested by a bear or a human.

However, the game commission has never heard of something like this happening before.

"We have never heard of black bears being killed by ingesting yew plants in any of the literature," said Williams. "This is kind of new for us. It's kind of a precedent."

Some parents may be concerned by this story if they have English yews in their backyard or on the lawn. Something to note -- the part of the plant that might appeal to a small child is the berry.

According to the game commission, even if the child happens to bite the berry, unless they swallow the seed, it is unlikely they will be poisoned. The seed is what carries the toxin.