WILKES-BARRE — An unusual and unexpected visitor caused quite the commotion in one neighborhood throughout the morning and into the afternoon on Wednesday... 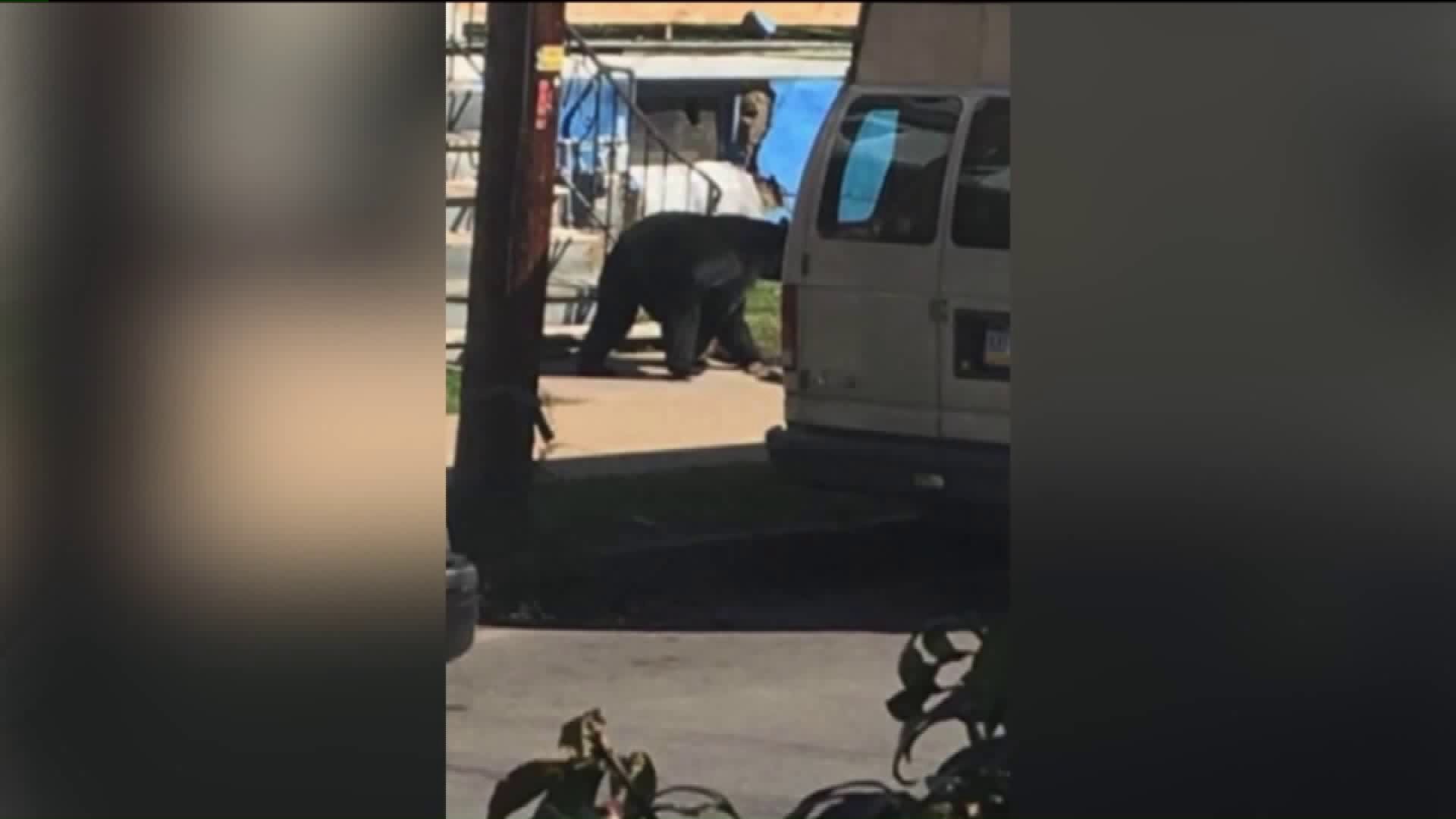 WILKES-BARRE -- An unusual and unexpected visitor caused quite the commotion in one neighborhood throughout the morning and into the afternoon on Wednesday in Wilkes-Barre.

A bear had to be tranquilized after running through some streets in an area near the Susquehanna River.

A 170-pound adult male bear lay motionless on the ground after it was hit with a tranquilizer by conservation officers from the state Game Commission this afternoon in Wilkes-Barre.

The Game Commission found the bear, believed to be about two and half years old, in a backyard on Mallery Place after people reported seeing the bear running around on nearby streets throughout the morning, including Riverside Drive along the Susquehanna River.

“I was pretty surprised and pretty amazed. I got pretty good video of him, so,” said Jatanna Hewitt.

Jeanette Garber was doing her dishes when she saw the bear her backyard then conservation officers followed to tranquilize it.

“There were quite a lot, maybe half a dozen men by the time they got the cage and took it out,” said Garber. The Game Commission says because of the upcoming bear hunting season and because the bear now had tranquilizer in its system, when it tagged the bear's ear, it included the warning of “Do not eat”.

Neighbors who missed the excitement were pretty let down.

“We just moved from the mountains of Virginia and all the years we lived there, I've near seen a bear,” said Claribell Kenney.

The Game Commission says the bear was taken to state game lands near Ricketts Glen.