MISERICORDIA UNIVERSITY, Pa. — A special ceremony was held at Misericordia University in Luzerne County on Wednesday, marking a milestone in the construct... 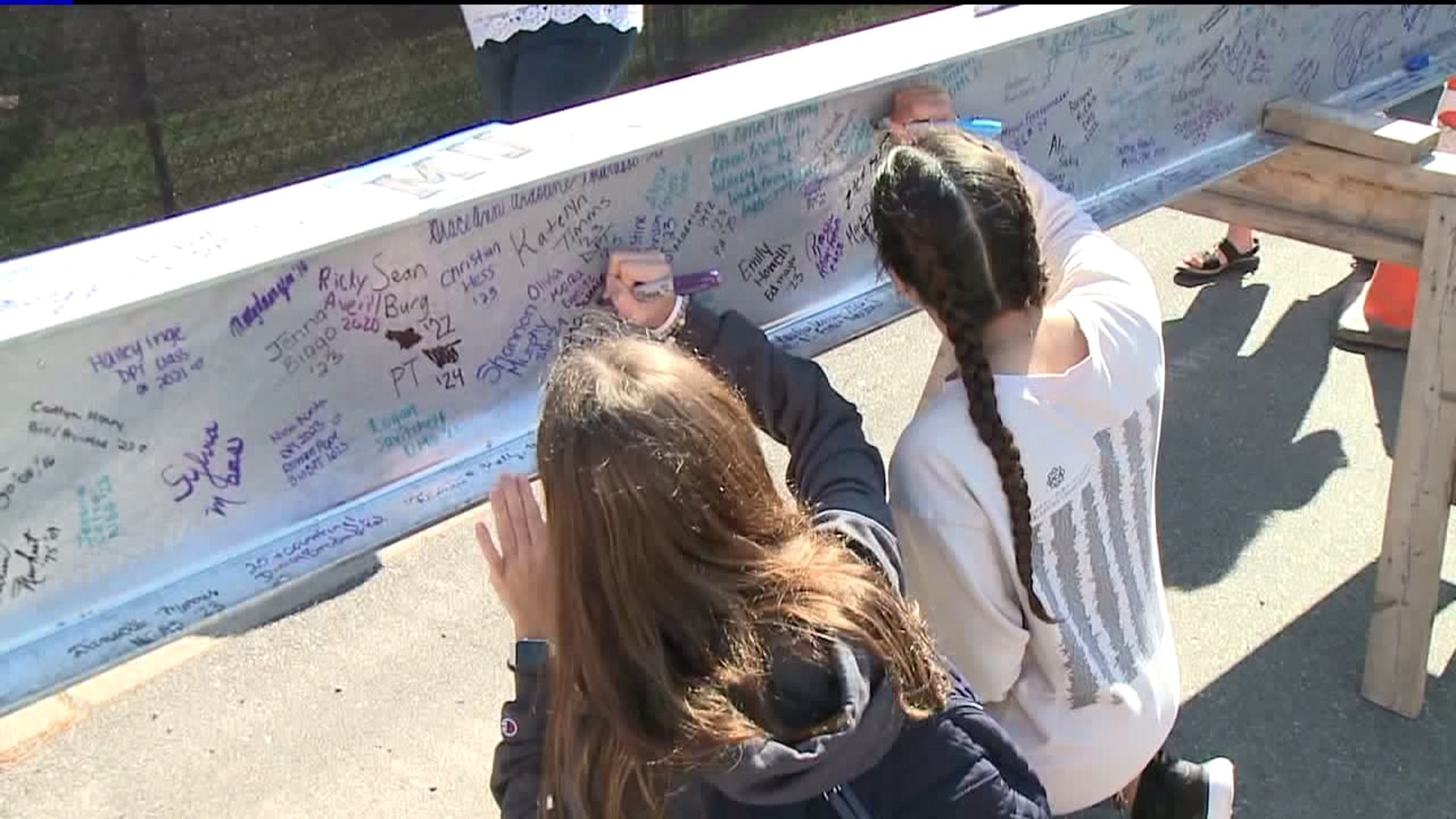 MISERICORDIA UNIVERSITY, Pa. -- A special ceremony was held at Misericordia University in Luzerne County on Wednesday, marking a milestone in the construction of a new science building on campus.

Students, staff, and supporters gathered around to sign a steel beam at Misericordia University. This beam is the last piece that will be put in place to complete the frame of the new Henry Science Center on campus.

"At first, I didn't even know this was going on. I was walking to class and my friends were like, 'Oh, go sign the beam,' and I'm like, 'Cool,' so I've been here for four years. I've been through the changes in four years, and they're putting up a new building, so I was like, 'Alright, I could sign it.' At least then I'm in the building when I'm not here," said senior Kenneth Grady.

The new part of the science center is scheduled to be completed by next fall. Then, renovations will begin on the older part of the building.

"As technology changes, science changes. It will keep everything up to date, so I think that's important," Gagliardi said.

"It's exciting to see how the campus has grown and the programs and the academics. I mean, this school is really becoming well known throughout our region. We're very lucky," said trustee Marjorie Marquart.

Students think additions to campus like this will help Misercordia stay competitive.

"I think it's good," Grady said. "I think it'll bring more kids in here, make Misericordia a little bit bigger, get more people here, so I think it's a good thing."

The entire project is scheduled to be completed for the 2021 semester. When complete, the Henry Science Center will be the largest building on campus.