WILKES-BARRE TOWNSHIP, Pa. — Seven months after a tornado ripped through a shopping center in Luzerne County, Barnes & Noble is finally back. The book... 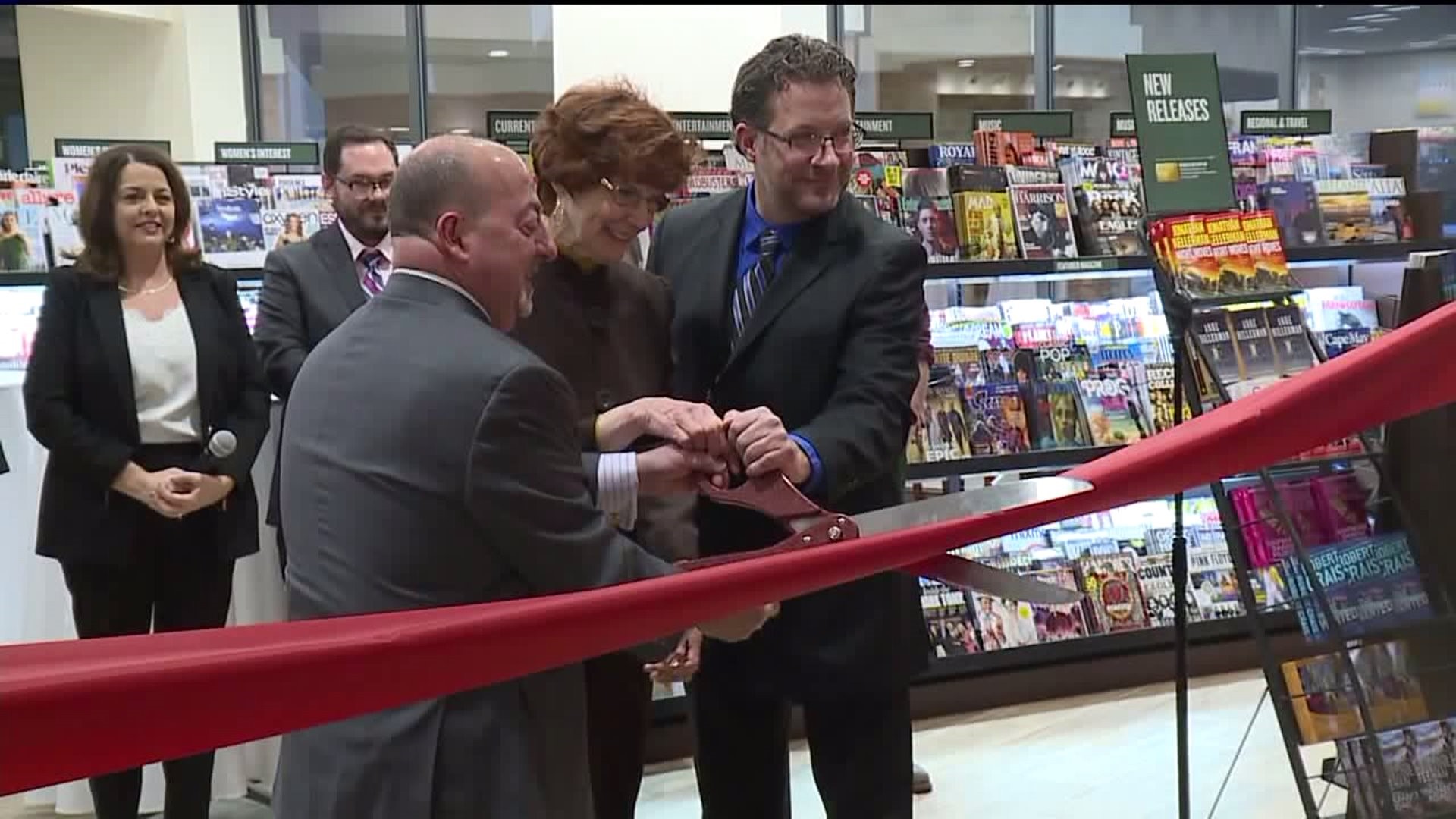 WILKES-BARRE TOWNSHIP, Pa. -- Seven months after a tornado ripped through a shopping center in Luzerne County, Barnes & Noble is finally back.

The bookstore was one of the most badly damaged businesses at the Arena Hub Plaza. The storefront was shattered during last summer's tornado.

Seven months and a lot of work later, the store reopened Tuesday--in a snowstorm.

"We started with bad weather, now we're ending with bad weather. That's OK. It's a good sign. We're putting this behind us and we're ready," said Joe Stager, Barnes & Noble.

Stager was there the night of the storm. He potentially saved two coworkers lives by laying on top of them as the storm whipped around 130 mile per hour winds.

"My only concern at the time was the ceiling coming down because the ceiling tiles were already starting to drop, and within a few moments, it was over," Stager said.

"It was terrifying. I started to move to the cafe because I thought I'd get under one of the tables over there, and thought, 'Oh, what if I never get to see my kids again?'" Abdalla said.

But he did get to see his kids again, and all of the employees made it out safely. Workers and customers were happy to put the twister in the past and cut straight through to a new chapter.

"It's pretty incredible with all the work they put in. It's definitely incredible," said Peter Shay of Nanticoke.

Employees say they worked around the clock for months making sure the store could reopen in the exact same spot in Wilkes-Barre Township.

"I'm amazed that we're open that quickly. That night I was sure they were going to have to tear down the building and just start from scratch, but they did a really good job," Abdalla said.

"Everybody worked a lot of overtime just to get ready. It was a great team effort, and we finally got it done, and we're ready to open," said Stager.

The store had its soft open Tuesday night with some of their most loyal customers.

Its first full day of business will be Wednesday starting at 9 a.m.