FAIRVIEW TOWNSHIP, Pa. — Police are looking for a man who they say robbed a bank in Luzerne County. Investigators say it happened around 9 a.m. Tuesday at... 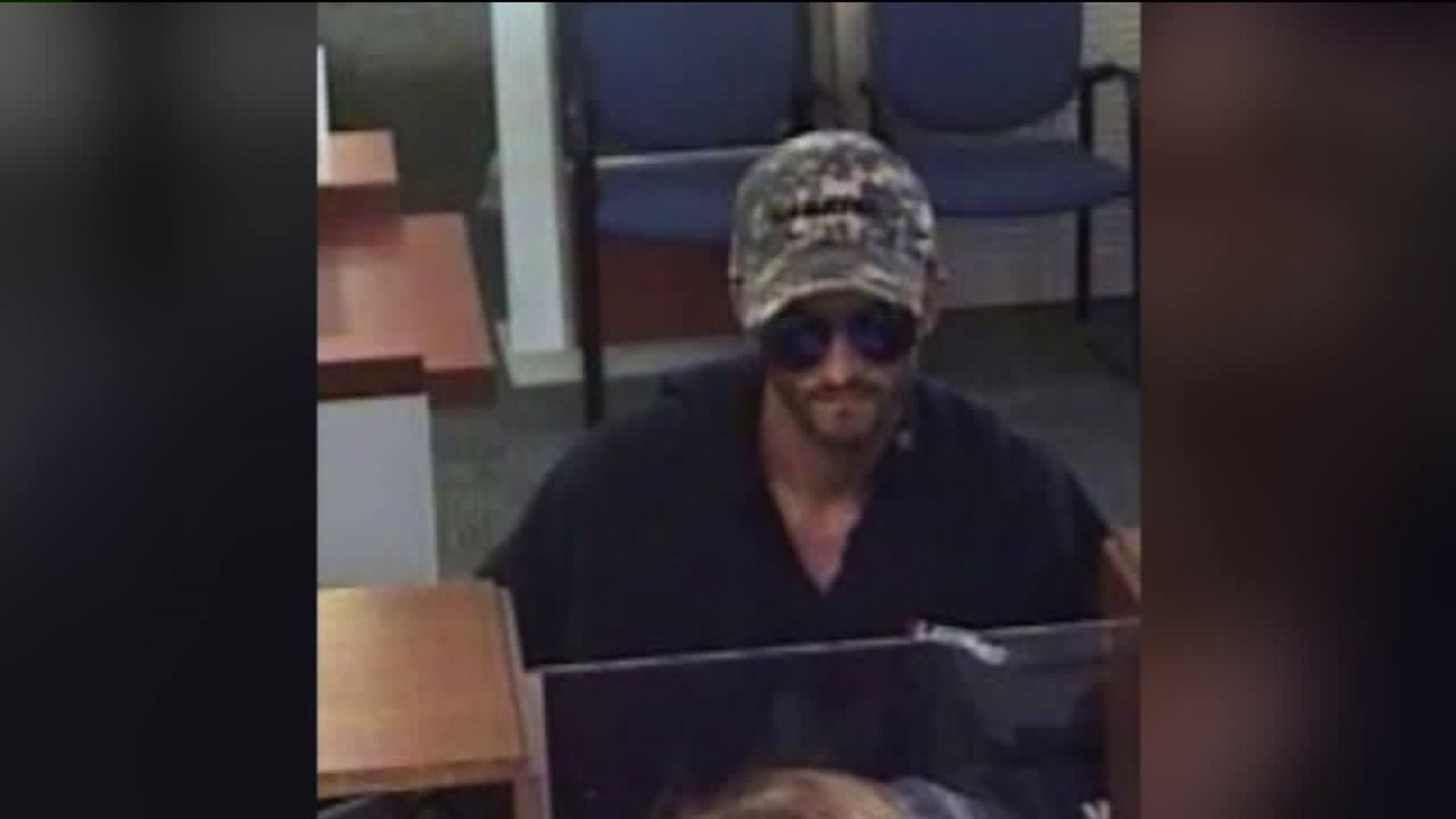 FAIRVIEW TOWNSHIP, Pa. -- Police are looking for a man who they say robbed a bank in Luzerne County.

Investigators say it happened around 9 a.m. Tuesday at the PNC Bank branch on Route 309 in Mountain Top.

Police say a man wearing sunglasses and a baseball cap came into the bank, showed workers a knife, demanded cash, then drove away in a blue sedan.

People arriving shortly after the robbery in Fairview Township were surprised to see the commotion at the bank. They say the atmosphere wasn't something they were familiar with.

"I pulled in and I saw the news people and the police, and I was kind of shocked. I didn't know what was happening," Helena Gardine said.

"I came here, and the bank was closed and police were standing there and then I saw the sign on the door," Frieda Teslicko said.

Police are still trying to locate the man they say is responsible.

Newswatch 16 spoke with people who came to try and do their banking but were turned away. They tell us they are very surprised to hear what happened.

"I just hear about all that stuff like on crime shows. You think about robbing banks and stuff and just to hear something like that around here, it's the last thing that would happen," Trey Zabroski said.

"I'm surprised because it's usually a really safe area. I mean, we have very little crime up here. I'm really surprised," Teslicko added.

Police say if you have any information about what happened or recognize the man or car, you are asked to call police in Fairview Township at 570-474-9683.

ROBBERY SUSPECT - Police in Fairview Township say this is the man who robbed PNC Bank near Mountain Top. If you recognize him please call investigators at 570-474-9683 @WNEP pic.twitter.com/OZuozhDAhc