WILKES-BARRE — A suspect in a deadly hit and run in Wilkes-Barre was back in court on Thursday. That man is charged with the hit and run that killed a Kin... 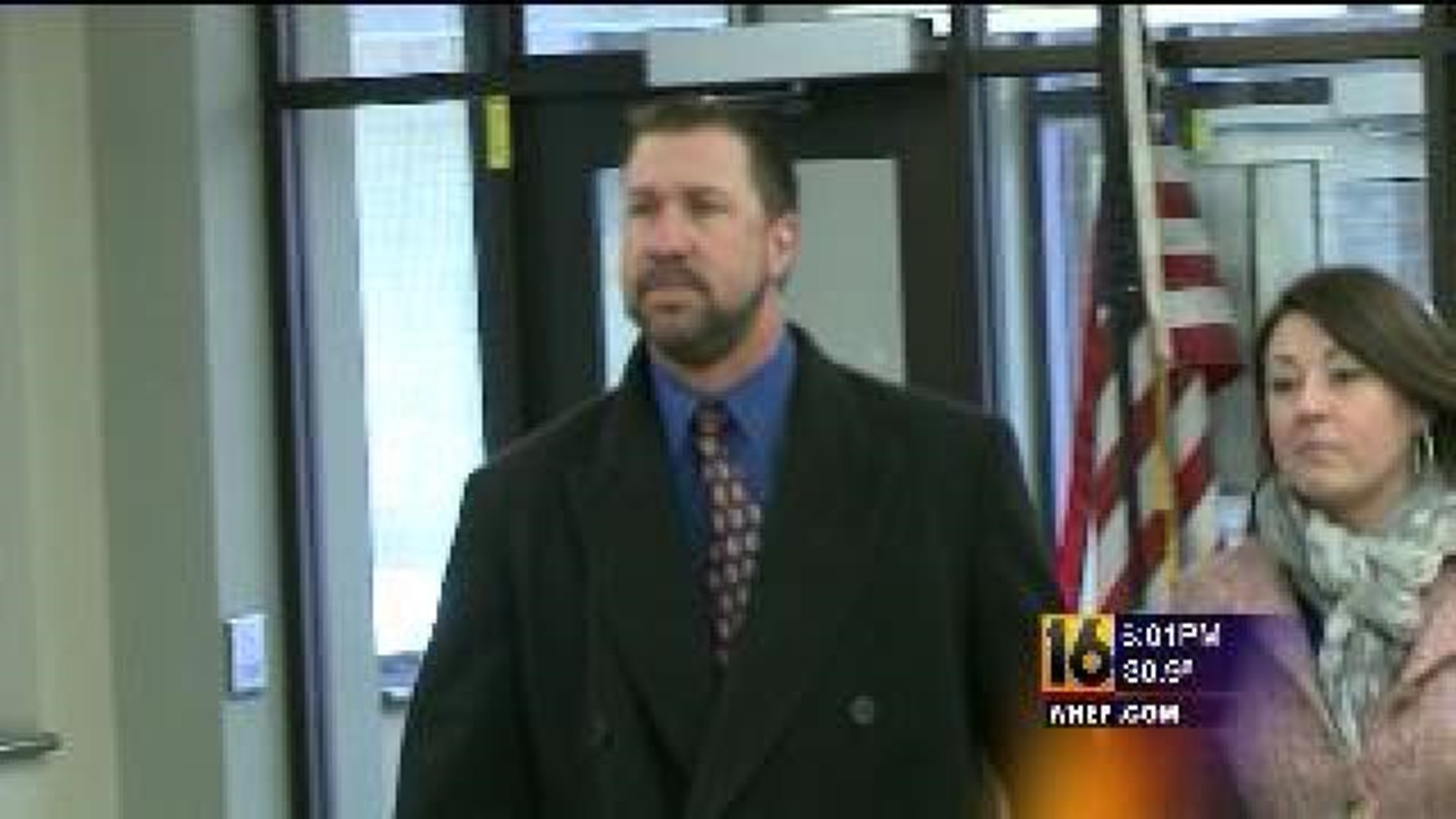 WILKES-BARRE -- A suspect in a deadly hit and run in Wilkes-Barre was back in court on Thursday. That man is charged with the hit and run that killed a King's College student last summer.

Police said Daniel Loughnane contacted his ex-girlfriend, who is the mother of his 7-year-old son, and talked about the hit and run case with her.

Not only is Jessica Spencer the ex-girlfriend of Daniel Loughnane, she's also a witness for the prosecution. Previously a judge ruled the two could not talk about the hit and run investigation. A judge ruled Thursday that Loughnane violated that order.

Daniel Loughnane entered the judge's office in Wilkes-Barre the same way he left, without cuffs, but not without some changes to his bail conditions.

In December, the man from Hanover Township was charged with accidents involving death or personal injury for a hit and run that killed Rebecca McCallick, 19. It happened on Hazle Street in Wilkes-Barre in July.

Loughnane had a court hearing where a judge let him go free on bail under certain conditions. One of those conditions was not to talk to his ex-girlfriend Jessica Spencer unless it was about custody of their 7-year-old son.

In court, Spencer played a three-minute voicemail Loughnane left her two weeks ago. She testified he told her "None of this would be happening if you just kept your mouth shut."

She asked him "Kept my mouth shut about what?"

At the hearing on Thursday, the judge changed Loughanne's bail conditions, ordering that he and his ex-girlfriend can't have any contact at all. His lawyer will now be the go-between for the two regarding custody.

"I think the resolution to have a third party involved to resolve the custody arrangements is the right decision, and Mr. Loughnane is not going to be a problem to anyone on bail," said Loughnane's attorney Peter Paul Olszewski.

"She did, although I don't think it's anything new with respect to this defendant, and I think the history of their relationship, he has presented in a similar fashion on prior occasions with her," said Falvello.

Loughnane's attorney also said that when he used the word "court" In those phone calls to Spencer, he meant custody court, not the hit and run case, but the ADA said Loughnane could not have been talking about custody court because the two hadn't been there since last August.

Loughnane remains out on bail, but again, under the new conditions.