HAZLETON, Pa. — The Hazleton police chief is warning his citizens about what he calls a “bad batch” of heroin. He says there were several over... 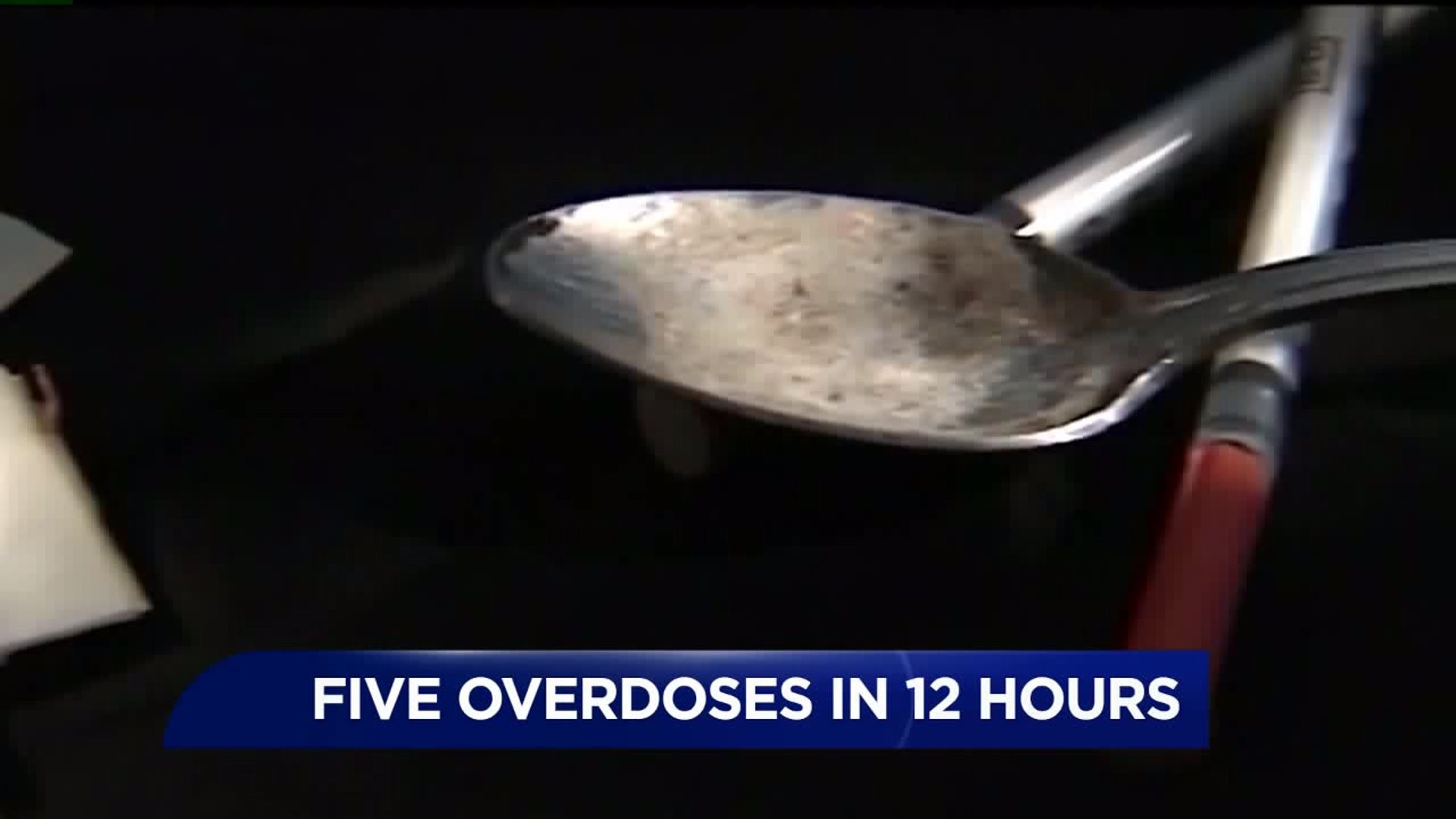 HAZLETON, Pa. -- The Hazleton police chief is warning his citizens about what he calls a "bad batch" of heroin. He says there were several overdoses in just 12 hours on Friday, two of which were deadly.

The chief is working with the DEA and the U.S. Attorney's office to find out if these overdoses are all connected. He believes if you use any of this "bad heroin," it will kill you.

"Having five overdoses in a 12-hour period was quite alarming," said Hazleton Police Chief Jerry Speziale.

Police say one of the overdoses happened on Hayes Street, the other on Diamond Avenue.

"It's a nice neighborhood. It's very quiet. People are really friendly. it's a great place to live," said neighbor Damaso Sierra.

The overdose that happened on Hayes Street was not far from where the Hazleton Integration project is, a nonprofit that works to help disadvantaged children and families.

"I follow these things pretty closely and I can't tell you how tragic we believe it is and how deeply affecting it is to everyone in our community," said Hazleton Integration Project President Bob Curry.

Chief Speziale took to social media this weekend to warn people about the bad batch of drugs.

"It's our belief that there is a possibility that this heroin may be laced with fentanyl because of the strength and because of the way these overdoses are taking individuals lives so quickly," said the chief.

He is working with the federal Drug Enforcement Agency, The U.S. Attorney's office and the Luzerne County district attorney's office to test the drugs to determine whether they came from the same batch.

Chief Speziale says that there have not been any overdoses in Hazleton since his warning went out. He encourages anyone who is struggling with addiction to come to his office for help.