PITTSTON TOWNSHIP, Pa. — A beautiful baby girl from our area made it to the top five in the “Oh Baby” contest on “Live with Kelly and Ryan.” O... 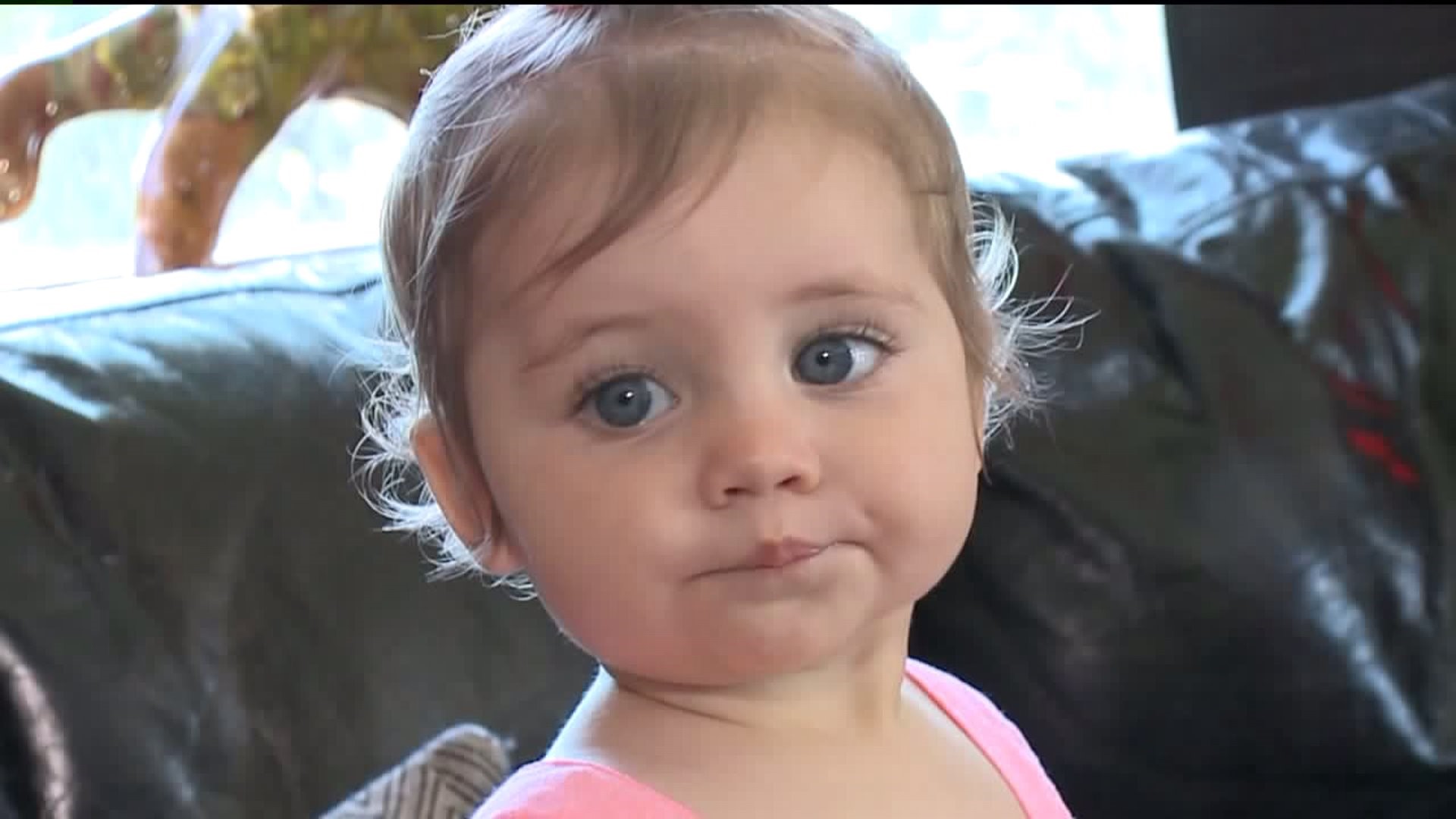 PITTSTON TOWNSHIP, Pa. -- A beautiful baby girl from our area made it to the top five in the “Oh Baby” contest on "Live with Kelly and Ryan."

Ophelia Mecadon may only be 10 months old but you can tell she knows she was born for the camera.

Her mom Simone thought it would be a good idea to enter Ophelia into the competition.

“We were just watching the show one morning and it popped up and everybody keeps telling us, ‘You should enter her in a baby contest, she's so pretty.’ So, I said, ‘Why not. Let's just do it, see what happens,’” Mecadon said.

She didn’t expect Ophelia to get all this national attention or make it all the way to the top five.

“When she was announced in the top 100 I couldn't believe it. That was the biggest thing. Then she made top 10 and now top 5. It's just been incredible,” Mecadon said.

For the last month, people from all over the country have been voting online for who they think should win the competition.

The winner gets a family trip for four to Fiji.

"It would probably be like a honeymoon for my husband and I because we didn't take one, so that would be fun,” Mecadon said.

At the end of the day, Mecadon said she doesn’t mind if they don’t win the trip to Fiji, because she’s already won big.

Voting has ended for the competition.

The winner of the “Oh Baby” contest on "Live with Kelly and Ryan" will be announced Friday.

You can watch the show on WNEP at 9 a.m.

BORN FOR THE CAMERA: Ophelia Mecadon may only be ten months old, but she already knows she was made for the camera! Her mom Simone entered her into Live! with Kelly and Ryan’s “Oh Baby” contest. She made it to the top five! Winner announced tomorrow at 9 A.M. on @WNEP 💗👶🏼💗 pic.twitter.com/99oG86Yi1D