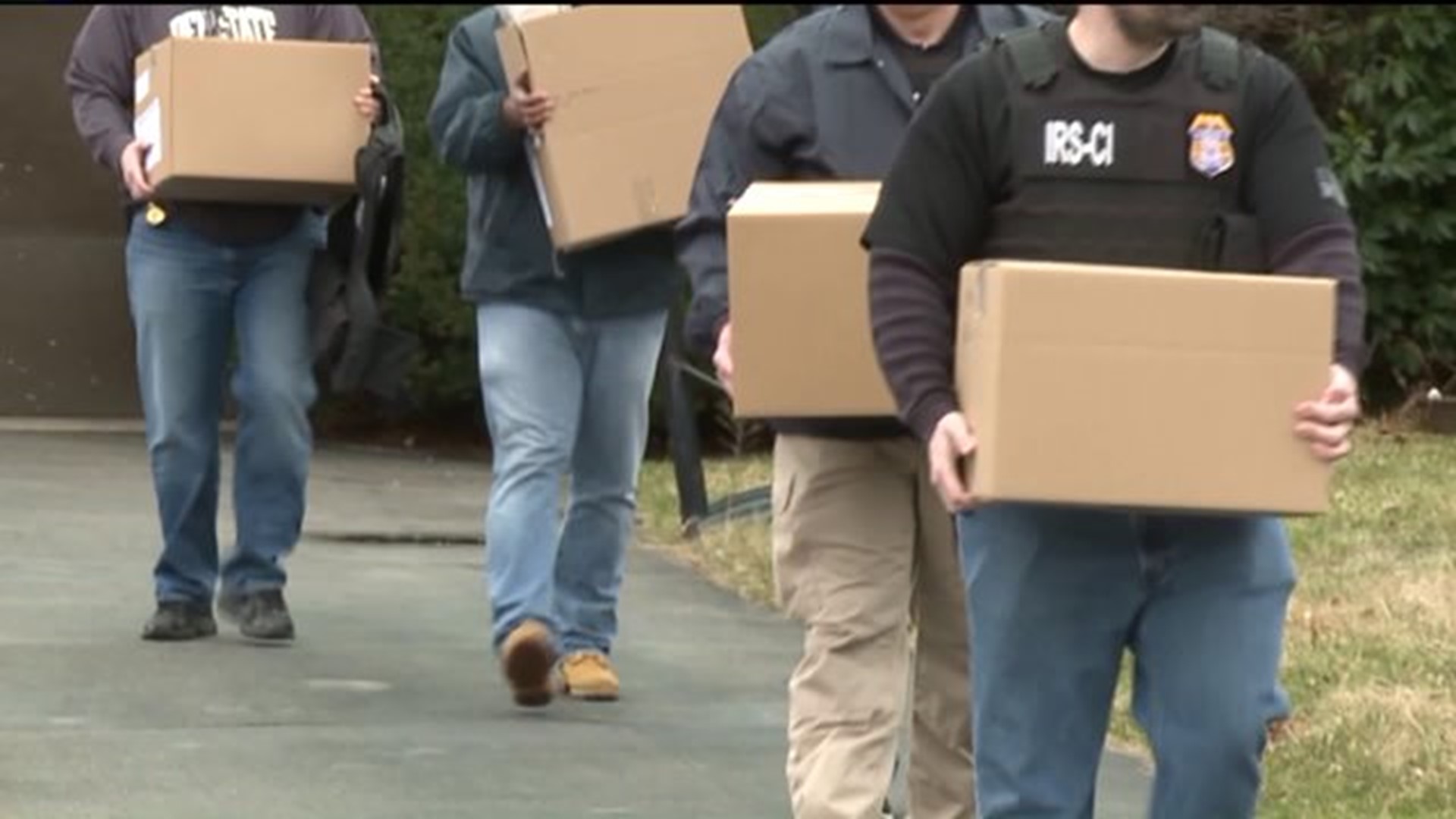 HAZLETON -- State police, the IRS, and other federal agents raided the home of a controversial real estate agent Monday morning.

Agents carried boxes out of the home of Ignacio Beato on Lincoln Street in Hazleton. They were there for about three hours.

The case against Ignacio Beato is growing. What appeared to be a real estate scam in Hazleton may be much more. That's why federal agencies are now involved, with the Luzerne County district attorney's office still leading the investigation -- at least for now.

Federal agents from the IRS, Homeland Security, and HUD raided Beato's home as he still sits in a Florida jail waiting to be extradited to Pennsylvania.

Federal agents at the home of Ignacio Beato carrying away boxes of evidence @WNEP pic.twitter.com/cMDpSXlUSE

"I know that the public has seen that we did file a theft charge against this individual, however it is much bigger and it does take time," said Luzerne County District Attorney Stefanie Salavantis.

A search warrant on Beato's home comes after months of investigating allegations that Beato took tens of thousands of dollars from people in Hazleton who thought they were buying a home.

It turns out they weren't. Beato allegedly gave them fake deeds.

The district attorney's office has led the investigation and as they have interviewed more and more victims, they are realizing this may be one of the biggest cases the office has investigated.

Now federal agents are involved in the investigation of Beato. Authorities believe that there are even more victims out there and are asking them to come forward.

"If anybody believes that they were potentially a victim to this individual to please come forward and call the district attorney's office," said Salavantis.

Beato was picked up in Florida last month after failing to show up for a hearing.

The Luzerne County district attorney says officials hope to have Beato back in Pennsylvania in about two weeks.

At that time, when he is formally arraigned, more information about the scale of the investigation is expected to be released.