Investigators from the Luzerne County district attorney's office held a news conference Tuesday afternoon at city hall to say they have charged the man responsible. 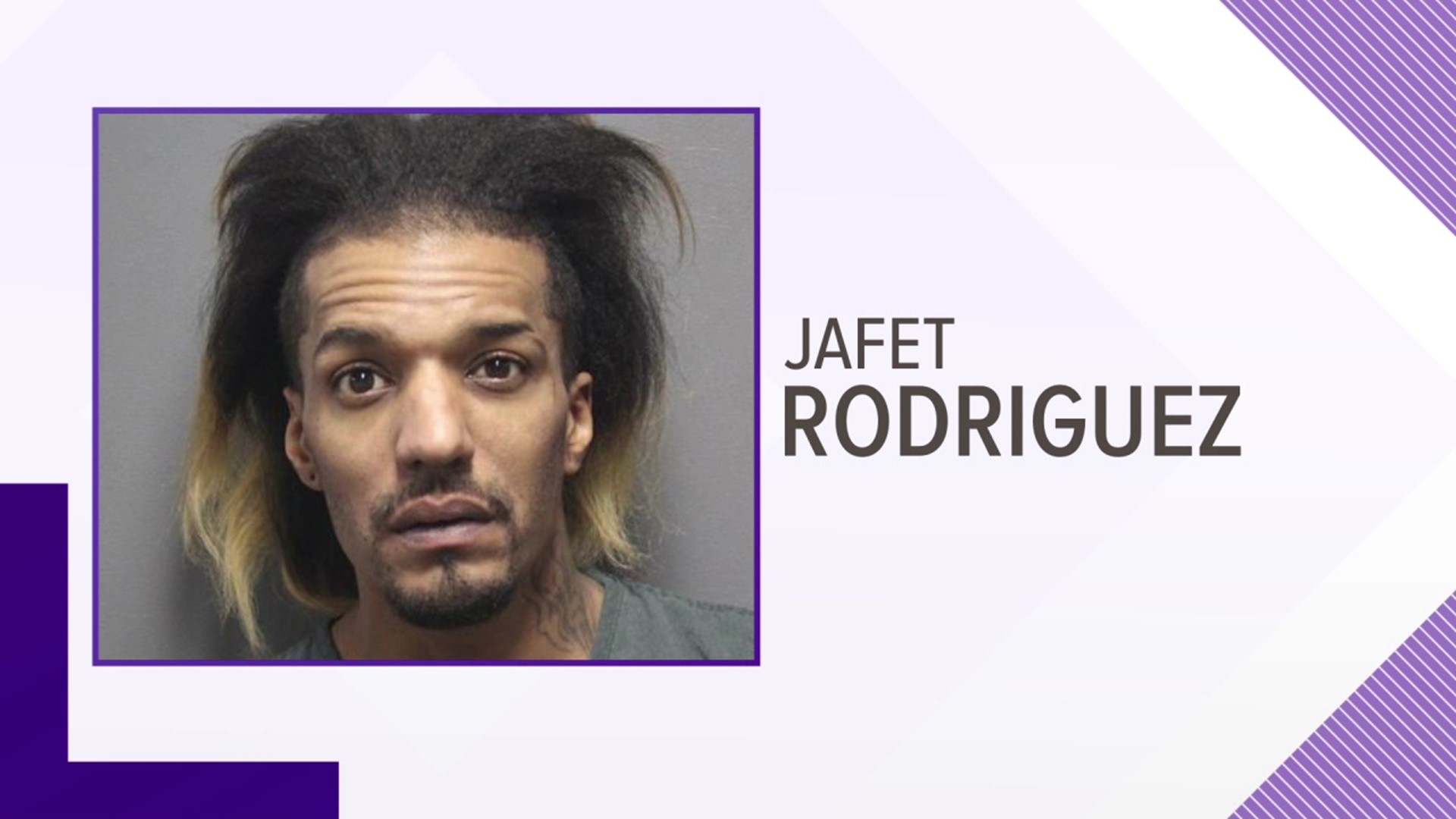 HAZLETON, Pa. — A month after an armed robbery ended in the murder of a store clerk, investigators in the Luzerne County district attorney's office have charged the man responsible.

Last month, Ashokkumar Patel was shot and killed while working at Craig's Food Mart on Broad Street in Hazleton.

Investigators from the Luzerne County district attorney's office held a news conference Tuesday afternoon at city hall to say they have charged the man responsible.

Police say it was Jafet Rodriguez, the man seen in surveillance photos taken at the time of the murder last month.

Luzerne County District Attorney Stefanie Salavatnis detailed the events of that evening and said Rodriguez frequently gambled on the machines at the food mart and knew Patel. Investigators said Rodriguez took Patel into a back room and shot him in the head and neck so Rodriguez could steal $14,000 from behind the counter and leave no witnesses.

Patel was able to crawl to his phone and call 911 before succumbing to his injuries.

Investigators say during a search of Rodriguez's business, they found the red sweatshirt and mask in a trash bag that helped lead to the arrest, along with 14 other search warrants, video surveillance, and help from the community.

"All murders are senseless acts of violence, but in all of my years as district attorney, the murder of Mr. Patel struck a chord with myself, my staff, the police, and the community, like few others have. On the night he was killed, Mr. Patel did not even have time to resist or call for help before he was shot and left for dead. In his last few moments, he fought for his life the only way he could, crawling for his cell phone and dialing 911, which was sadly a futile effort," said Luzerne County District Attorney Stefanie Salavantis.

Rodriguez has been locked up at Luzerne County Correctional Facility since December 19 on felony drug charges. He will be arraigned on homicide, robbery, burglary, and theft charges via video on Wednesday morning.