HAZLETON, Pa. – It’s been in the spotlight in recent weeks – as first responders and their advocates testified on Capitol Hill to extend the 9... 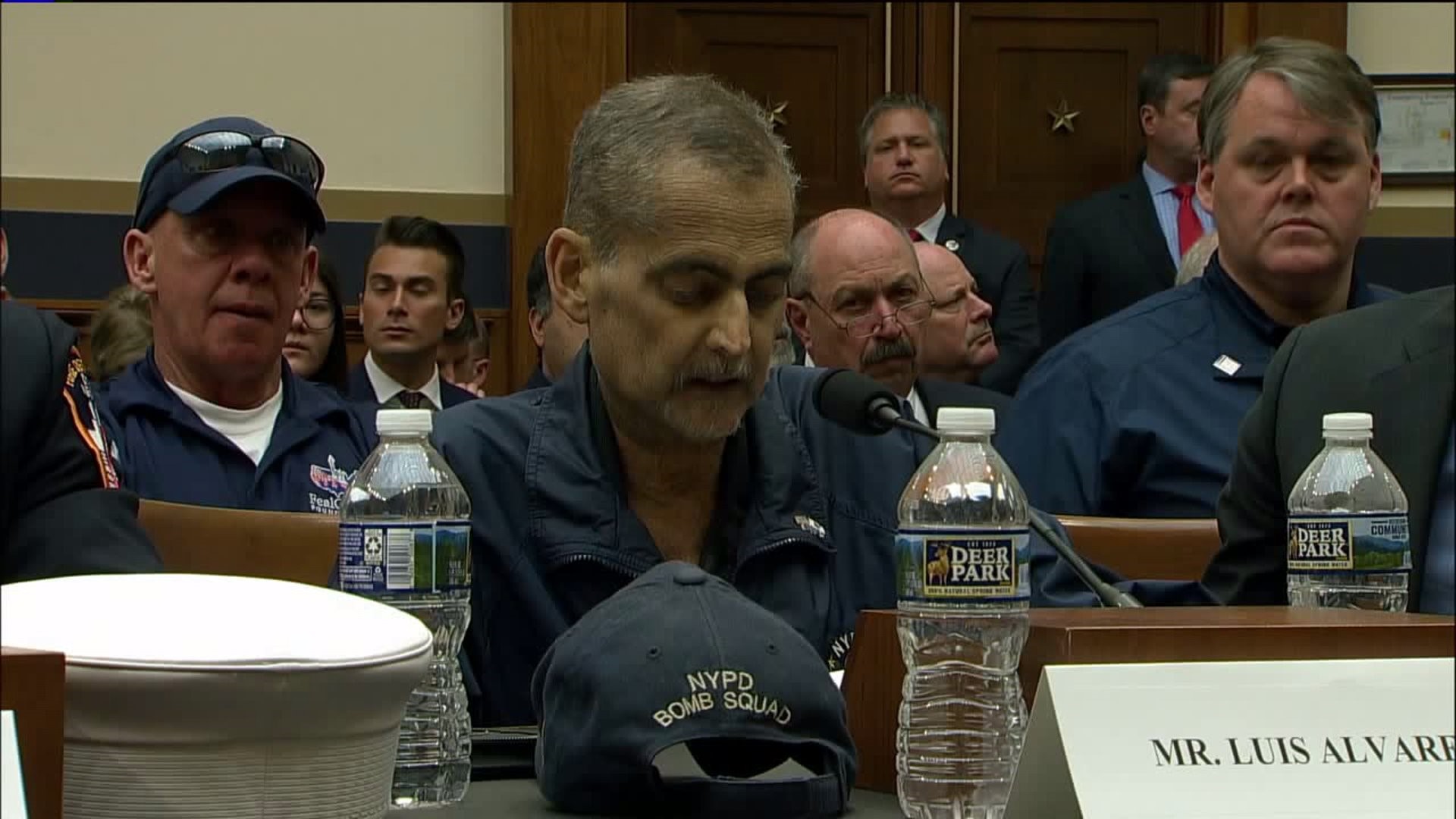 HAZLETON, Pa. - It's been in the spotlight in recent weeks - as first responders and their advocates testified on Capitol Hill to extend the 9/11 Victims Compensation Fund.

The United States House of Representatives passed the legislation Friday. It's now up to the Senate to vote on the bill before it can be signed into law.

For one area responder, the plight of the main first responders hits close to home.

"You get emotional thinking about it. Because, when we got there - the smoke, the smell, you saw the towers leaning - it's a sight that you'll never forget," said Tony Colombo of Hazleton.

Tony Colombo of Hazleton has been a first responder for nearly 40 years. On 9/11, Colombo was a paramedic with Tamaqua's volunteer department, and he volunteered to go to Ground Zero to help.

"They told us to pack up for three to four weeks and to just head down. And then they called us and said there's probably not going to be a lot of survivors. They figured the local EMS could handle it. But then I thought to myself, 'That's not good enough,'" explained Colombo.

Over the next few days, Colombo and his colleagues gathered supplies to take with them for those searching through the rubble of Ground Zero.

"We packed up three trucks and we headed to New York three days after 9/11, and we took supplies up there. Bottled water, soap, clothing, anything you could imagine," Colombo said.

The Never Forget the Heroes Act will help ease the financial burden of first responders who have come down with illnesses as a direct result of their time at Ground zero. Colombo said this act is an important reminder of the sacrifices made on that day.

"They're heroes, those guys and ladies, that fought that day. They dhould never, never be forgotten."

Despite breathing in those same chemicals in the days after the attack, Colombo says he doesn't think too much about becoming sick himself. He's more focused on the job at hand - the same mentality he says his fellow first responders had that day.

"You don't think about that because you're thinking about saving somebody, you know. We put somebody else first before us," explained Colombo.

If signed into law, the bill, known as the Never Forget the Heroes Act, would extend the Victims Compensation Fund through 2092. Senate Majority Leader Mitch McConnell said in a statement after the House vote that the Senate would take up the legislation soon, but that date has not been set.