Archaeological Dig Unearths an Interesting Past in Luzerne County

STODDARTSVILLE — An archaeological dig in Luzerne County is unearthing an interesting past. It might seem like Haley Grebousky is just scraping the surfac... 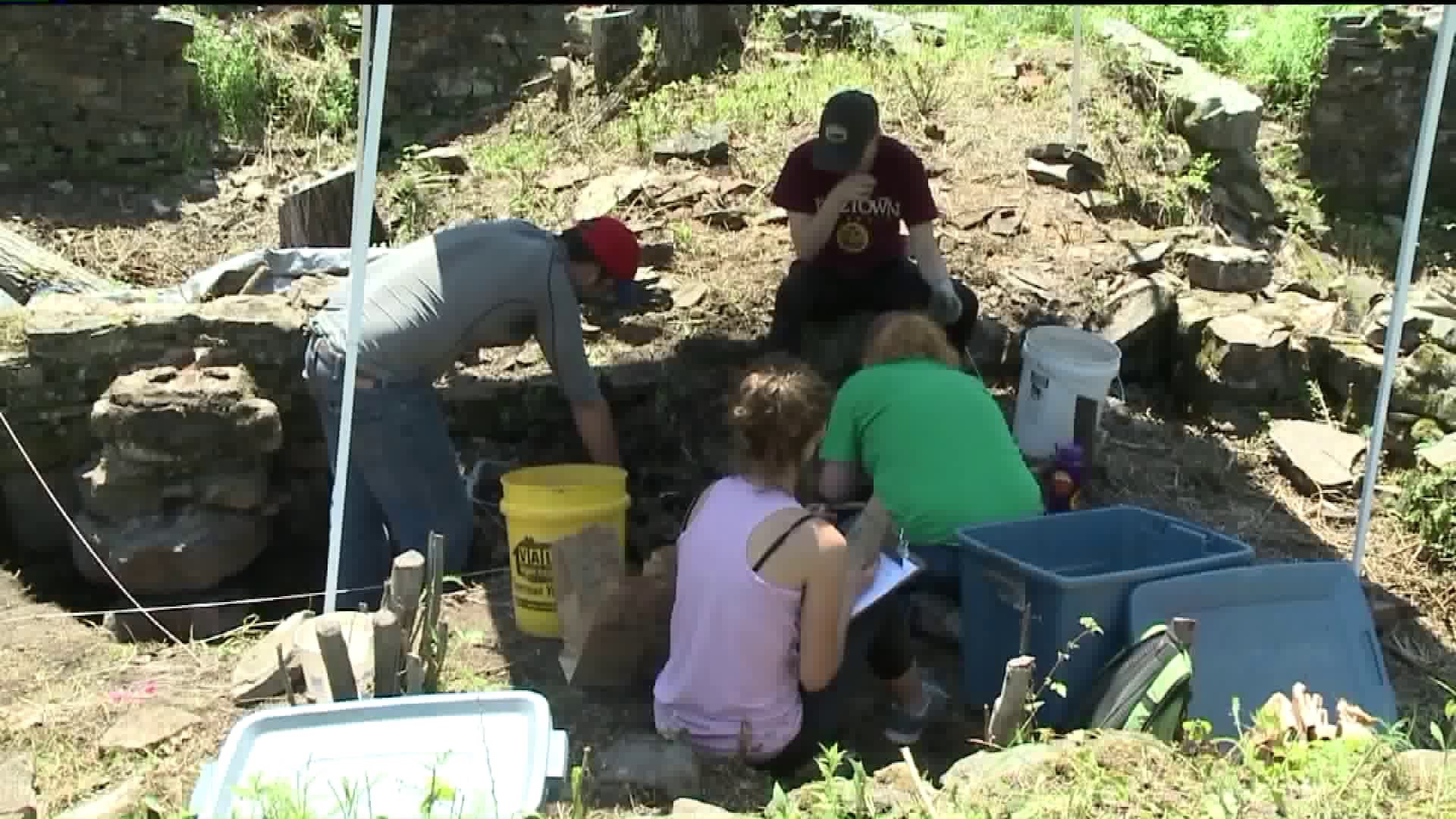 STODDARTSVILLE -- An archaeological dig in Luzerne County is unearthing an interesting past.

It might seem like Haley Grebousky is just scraping the surface, but this Kutztown University student from White Haven is actually digging into some Luzerne County history.

"I never thought there would be anything out here like an abandoned mansion or anything, so it's crazy to be able to come here where I live and find history," Grebousky, an anthropology major in Kutztown, said.

It's quite a story these college students are uncovering in Stoddartsville, all dating back to 1815 with John Stoddart.

"John Stoddart was a Philadelphia businessman who wanted to tap into resources coming out of the Wyoming Valley and so he builds Stoddartsville to do that," Khori Newlander, Professor of Anthropology at Kutztown University, said.

The Lehigh River was a huge part of the reason why Stoddart decided to settle and build a business here because it empties into the Delaware, which ultimately goes into Philadelphia. However, he invested too much money into a two lane transport system in the river and that plan backfired.

"He runs out of money and has to sell his land to folks who come in and use it as a lumber camp to support the coal mining industry," Newlander said.

Eleven student excavators are now finding all sorts of artifacts.

They said their findings show that those who lived closer to the river were in the working class.

The Stoddart family, living in what used to be a mansion, could afford some pretty luxurious pieces for that time period.

Anthropology major Tabitha Martinez was amazed when the team found what looked to be a vase with a cherub on it dating back to the 1800s.

In 1875, a massive forest fire burned all but three structures in the town. The Stoddart's family mansion was not damaged. However, in 1950 the mansion did burn down.

Students said the fire and the mansion's long history makes it harder to figure out what artifacts are from what time period.

"It's nice to know that I can play a part in recovering history that was lost that nobody really knows about unless they're from this area or going to school at Kutztown," Grebousky said.

But, they're up for the challenge. Students will wrap up their dig around the end of June.