“Apparently” Noah Ritter is a Star

WILKES-BARRE — You may have heard of Noah Ritter from Wilkes-Barre. “Apparently I have never been on live TV before, but apparently sometimes I don&... 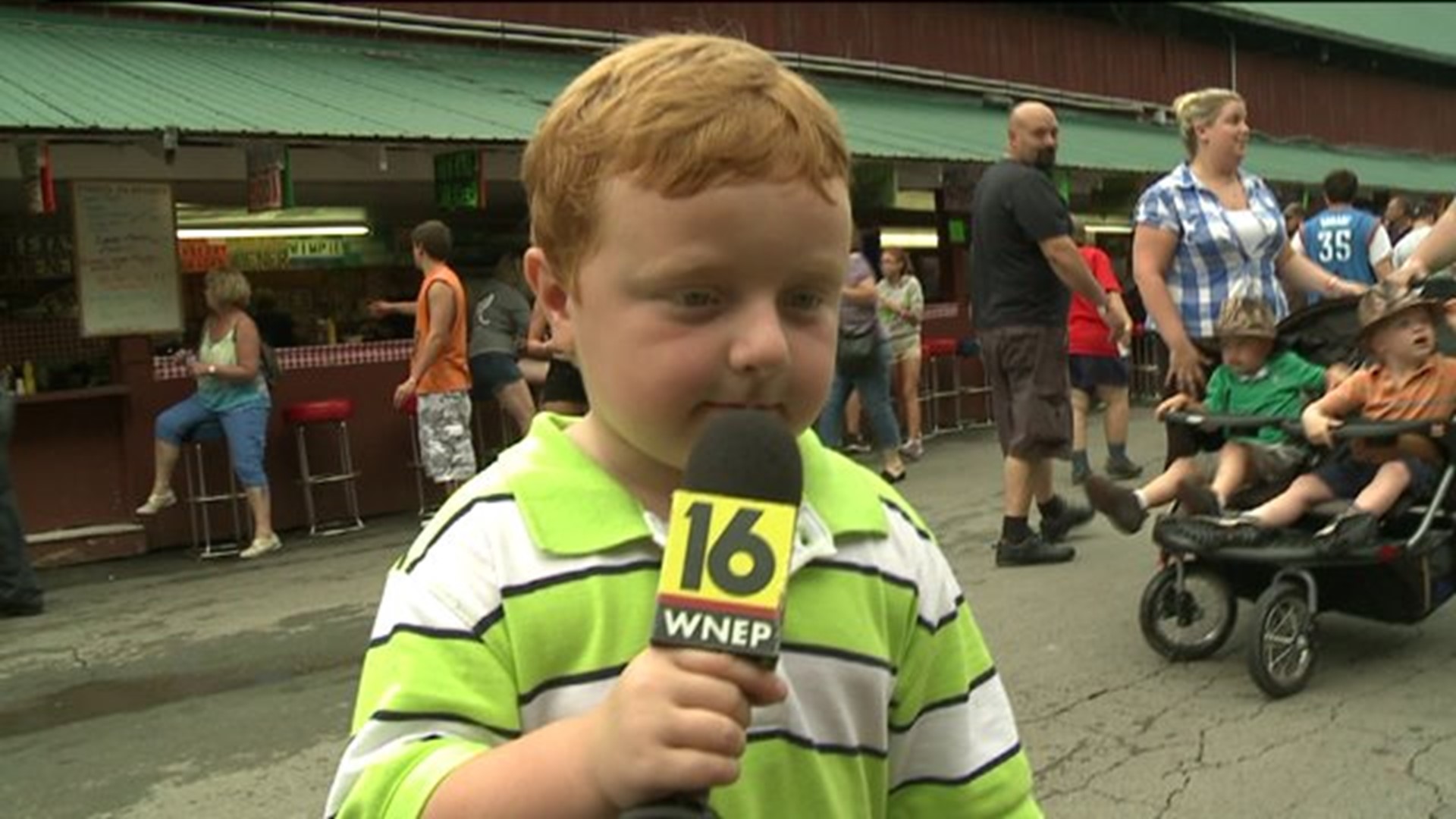 WILKES-BARRE -- You may have heard of Noah Ritter from Wilkes-Barre.

"Apparently I have never been on live TV before, but apparently sometimes I don't watch the news!" Noah said in his now famous interview.

And apparently his television debut on Newswatch 16 would not be his last.

Noah , age 5, who wants to be a paleontologist and study dinosaurs when he grows up, has become an overnight social media sensation, receiving tweets from South America, to Israel, to Germany.

"What did you think about the ride?" Newswatch 16's Sofia Ojeda asked.

"It was great! Because apparently it was spinning around and you get dizzy. All you do is get dizzy. I've never ever been on live television," Noah said.

There have already been thousands of tweets on Twitter for Noah, calling him a "junior superstar reporter."

Others wrote, "Noah for president!"

And lots of fans agree, "This young man is destined for greatness."

It's been a whirlwind for little Noah. His grandfather he just can't believe it.

"Everything's been overwhelming. We took him to the fair and then we got interviewed and everything unraveled from there. It's exciting for the little guy," said Jack Borowski, Noah's grandfather.

Noah and his grandfather have been contacted by dozens of television networks, and talent agents who are all interested in getting him into the national spotlight.

He's already appeared on World News with Diane Sawyer and is expected to make his live national debut on Good Morning America Wednesday at 7 a.m.

ABC correspondent Gio Benitez also had the pleasure of chatting with Noah, and said there is no wonder he's gotten so much attention.

"This is a little five year old that knows what the word paleontologist means. I can't believe that this is the kid you found at the fair," said Benitez. "This case, it's a special 5-year-old little boy who is so smart, but is perhaps the smoothest talker you've ever found, and I'm not sure you're ever going to get another interview like that again."