WILKES-BARRE, Pa. — Firefighters were called out to battle a fire at a building in Wilkes-Barre Monday around noon. It broke out in an apartment building ... 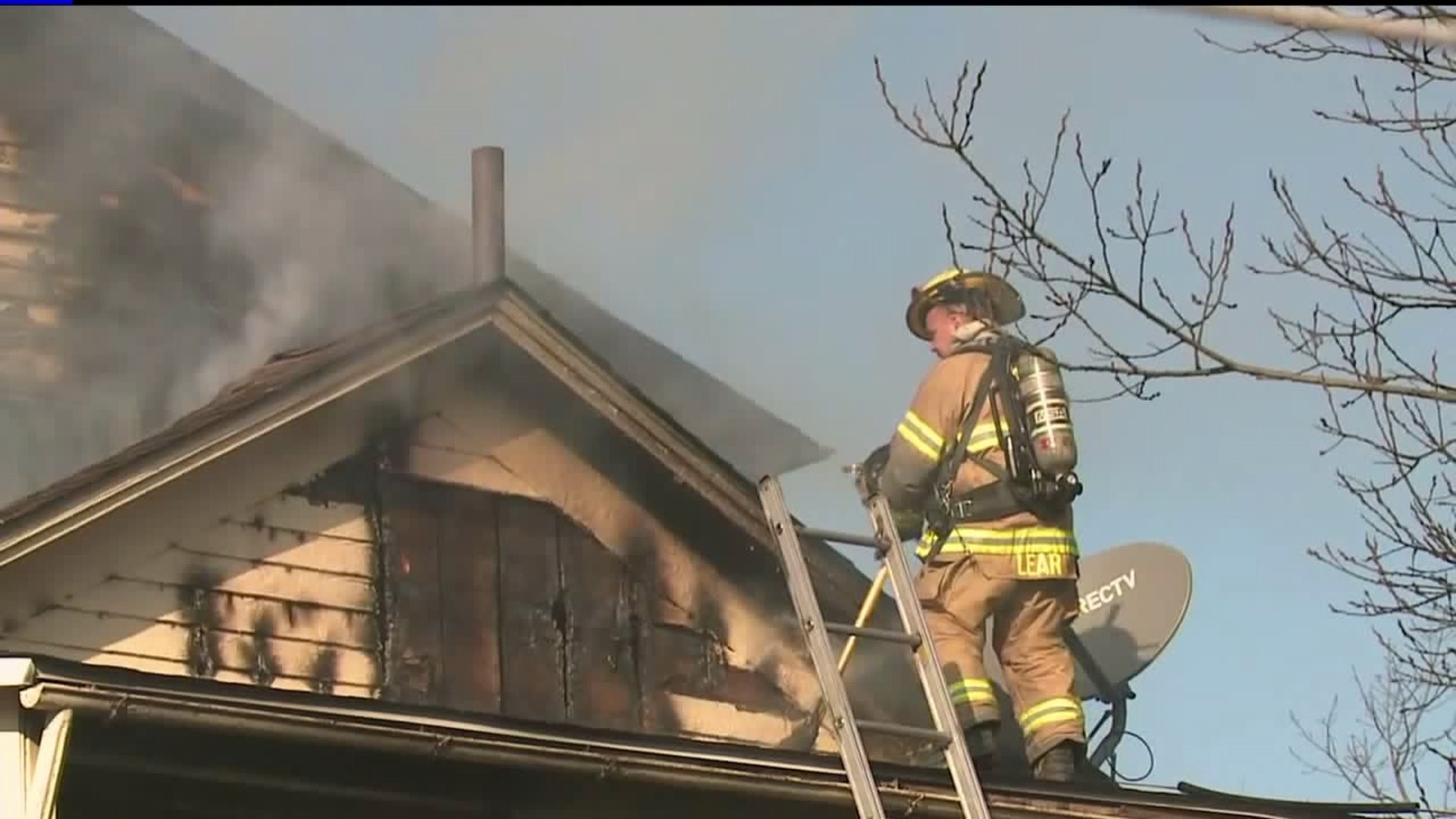 WILKES-BARRE, Pa. -- Firefighters were called out to battle a fire at a building in Wilkes-Barre Monday around noon.

It broke out in an apartment building on South Welles Street.

Officials say nine people from three apartments were forced out.

Fire damaged the upper floors of the building.

Across South Welles Street, Matt Garrabrant and his family comforted each other. They made it out and so did his guitars.

"I needed to get the guitars out, couldn't get anything else," Garrabrant said.

When the tenants on the first floor heard screaming and found out there was a fire, they had to get out as fast as they could. Their biggest concern was that a woman who lives here has cerebral palsy and is confined to a wheelchair. They got her out to safety.

"My niece over there. She has cerebral palsy, wheelchair-bound. We had to get her out first."

While the Red Cross came to help the nine people who lived in these three apartments, Garrabrant's mother Barbara felt fortunate this situation was not any worse.

"I was watching the news this morning. Three people died in a fire -- a mother, 2 year old. Everybody's fine here. Everybody's out," said Barbara Garrabrant.

Firefighters spent more than an hour trying to put out the fire that sent smoke pouring from the roof, thankful everyone inside was able to escape.

"They were out and the bigger challenge, they were out, thank God. It's a big building; it was just a challenge to extinguish that fire. We pulled our firefighters out," said Wilkes-Barre Fire Chief Jay Delaney.

The apartments may be scorched, soaked, and filled with smoke, but the Garrabrant family sees a silver lining with Christmas a couple weeks away.

"Thank God I didn't go shopping yet. I need my credit cards so I can go shopping," Barbara Garrabrant said.

City investigators said the fire was caused by an electrical problem.

The Red Cross is helping those victims.