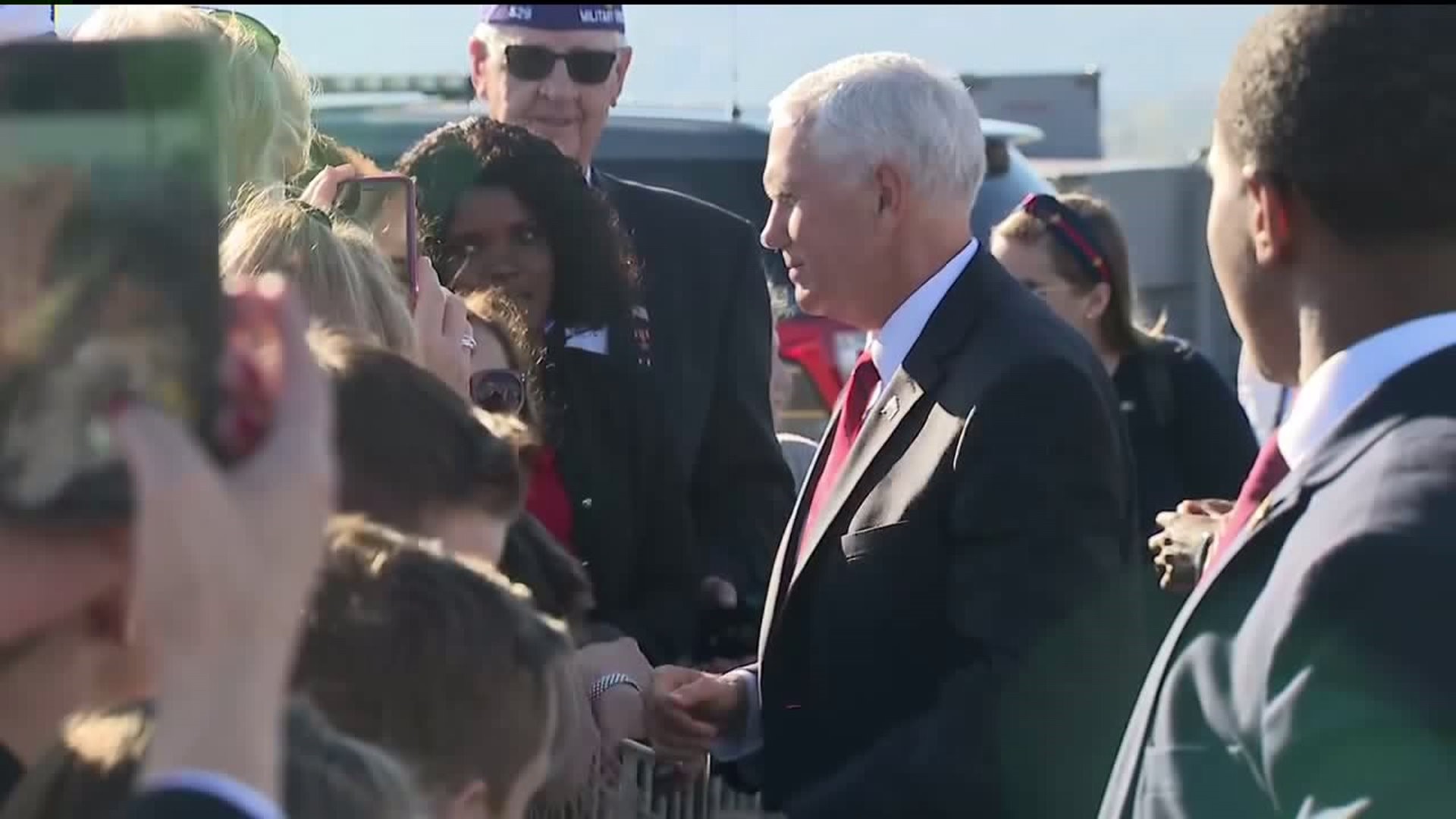 The vice president will speak to employees at Schott North America in Duryea, a manufacturer that makes high-tech glass for the military and the aerospace industry.

"I take a lot of pride in my work. We make a lot of interesting stuff here," said Schott employee Jason Cingolani.

"Him actually having an interest in manufacturing," Cingolani said.

Another Schott employee says he's proud to have the vice president speak to his coworkers, but he plans to skip the speech himself.

"For what? To see someone I'm not interested in seeing? No way," Bob Sallurday said.

Only Schott employees and invited guests are allowed inside during the vice president's visit, but they aren't the only ones who came out for the occasion.

"We just want to show Vice President Pence there is support for Trump in this heavily Democratic area," said Duryea resident Piera Marotto.

Pence is scheduled to go from the plant back to the Wilkes-Barre/Scranton International Airport and then head back to Washington D.C.

Police say there will be delays on Main Street through Avoca and along York Avenue in Duryea as the vice president travels to Schott.

"We get a lot of road closures anyway from the traffic on (Interstate) 81, so you know we've had people come here before, you know so they could handle it," said Duryea resident Georgianna Maslanka.

"It'll get from the light probably down to the next light if they close it like that because a lot of tractor-trailers come through here also," said Moosic resident Lenny Leidy.