WILKES-BARRE, Pa. — Work is on hold for a flood control project to protect homes in Wilkes-Barre’s south side. Crews were supposed to rebuild the co... 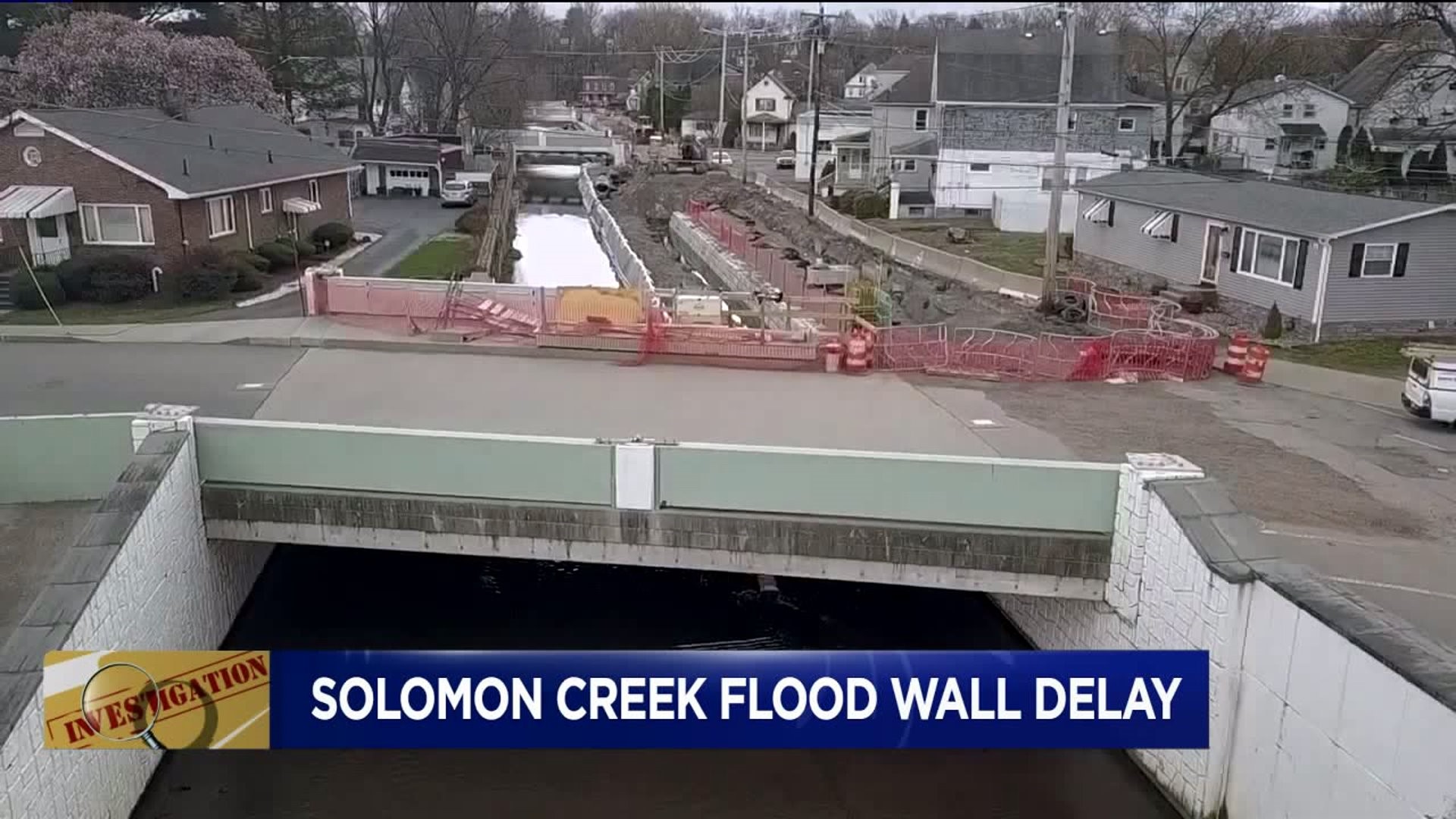 WILKES-BARRE, Pa. -- Work is on hold for a flood control project to protect homes in Wilkes-Barre's south side.

A state agency now says the city of Wilkes-Barre is responsible for another delay. The Pennsylvania Department of Community and Economic Development claims city officials made a mistake when Wilkes-Barre allowed crews to start building the new floodwall before it even looked at the impact a new wall would have on the environment.

Solomon Creek is a mere trickle as it flows through a neighborhood in Wilkes-Barre, but people who live creekside know the water rises after every storm.

"If there's a flood, and I have to get out of the house, it's going to be hard," Yesaira Martinez said.

Neighbors say during spring storms, water in Solomon Creek can rise to the bottom of the bridge. If you look at the north wall, it's intact, but the south wall was knocked down.

Neighbors fear that if there's flooding, it will not only set the project back, but it might threaten homes.

Work started on the project last year. The new wall was supposed to be finished by Thanksgiving last year.

The 80-year-old floodwall protecting this neighborhood collapsed in 2016.

The city got $10 million federal and state dollars last year to rebuild the wall.

But the state is now holding some of the money.

Newswatch 16 obtained a letter the state DCED to the city finding it didn't finish the project's environmental review.

As a result, the city ceased all work.

"They stopped work in March. It's likely to hold us up for three months," said State Senator John Yudichak, who helped get the money for the project.

"I can't hold any one person accountable, I won't even dare think that," said Wilkes-Barre City Manager Rick Gazenski.

"The administration is well aware of what season it is and we're doing everything we can to get this project started again," Gazenski added.

Yesaira Martinez worries about her young children. She says the city let her and her neighborhood down.

"I was hoping it would be finished by winter before it started snowing. And I was wondering what happened, and why it was taking so long," Martinez said.

City officials hope the project's contractor can keep enough equipment at the scene and have workers ready to go if the state approves rebuilding the protective floodwall in late May. Otherwise, the Solomon Creek wall construction could face another delay.