Editor’s Warning: The video could be upsetting to some viewers. PLYMOUTH, Pa. — Luzerne County SPCA’s humane officer is looking into a possibl... 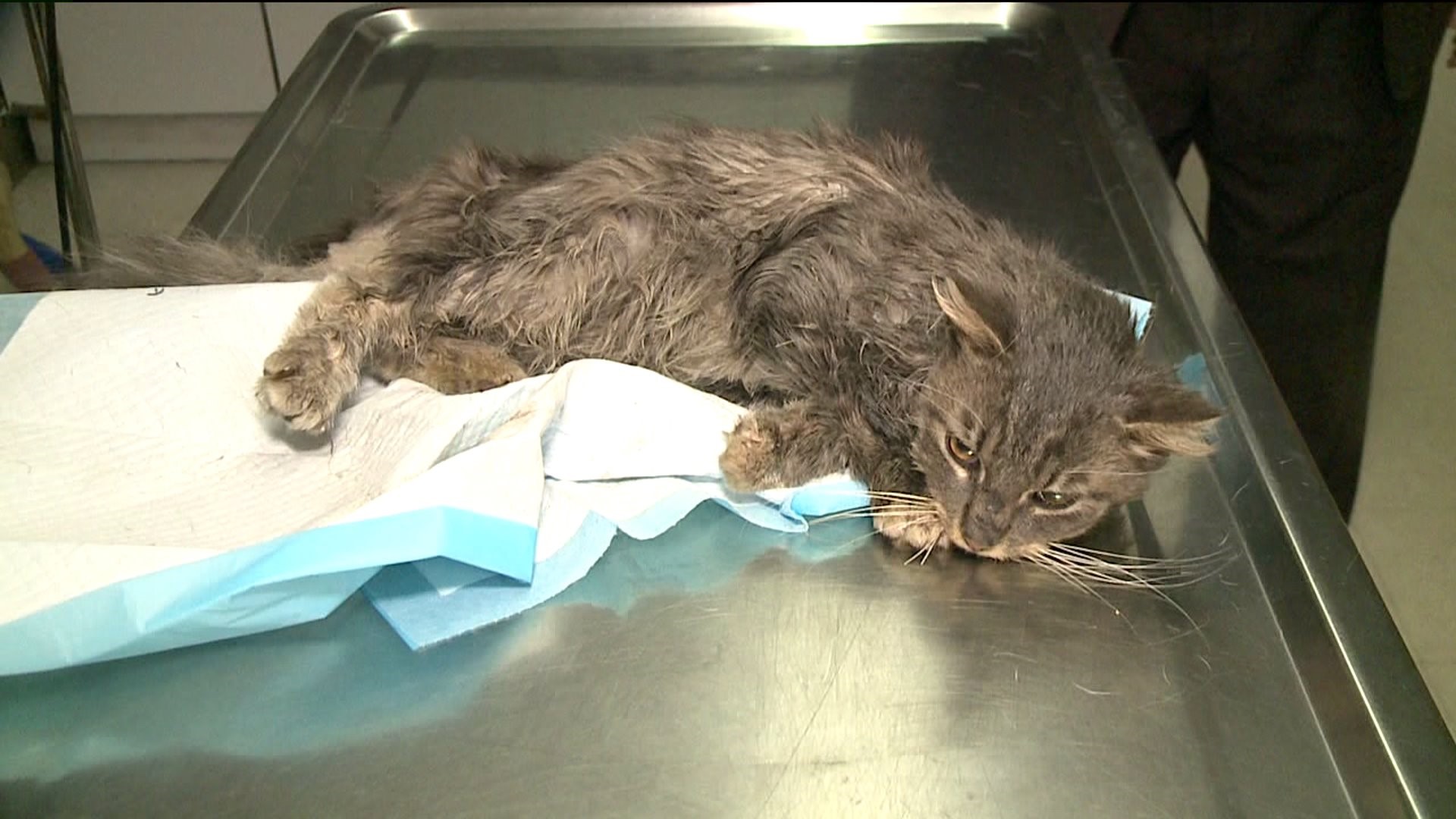 Editor's Warning: The video could be upsetting to some viewers.

PLYMOUTH, Pa. -- Luzerne County SPCA's humane officer is looking into a possible case of animal cruelty after a cat was found with a fish hook in its mouth.

A rescue group who found the cat believes someone in Plymouth is baiting fish hooks and feeding them to cats.

With visible facial wounds showing, a stray cat is on the mend at the Pittston Animal Hospital after it was found with a fish hook caught in its mouth.

Volunteers with Happy Hearts and Tails Safe Haven Animal Rescue say it was found around an abandoned house on East Main Street in Plymouth. They believe someone living on the block is feeding baited fish hooks on strings to the strays living there.

“There was a string with a hook, and then he put food on it, dangling for the cat and the cat ate it,” said Dawn Mandygral, who runs the rescue group. “He deliberately--he was fishing for cats. That's what he said.”

Mandygral says that cat is among 15 cats left behind when their owners were evicted.

She and others were at the home searching for more cats who were fed baited hooks.

“There's definitely two more. We know that there's three with string coming out of their mouths,” said Mandygral.

A humane officer with the Luzerne County SPCA says they have spoken with the person believed to be doing this and that there is an investigation into possible animal cruelty.

“[I hope] that he's prosecuted to the fullest extent for every single cat that he's harmed,” said Mandygral.

As for the cat at the hospital, Dr. Inayat Kathio says it is recovering after extensive and expensive medical work.

“Take the string out from the stomach, that costs money,” said Kathio. “Drained the abscesses from the cat and give them the treatment. That costs lots of money.”

Plymouth police also confirm they are looking into what has been happening to the stray cats.

The SPCA humane officer says at this time they are not releasing the name of the person they are investigating.