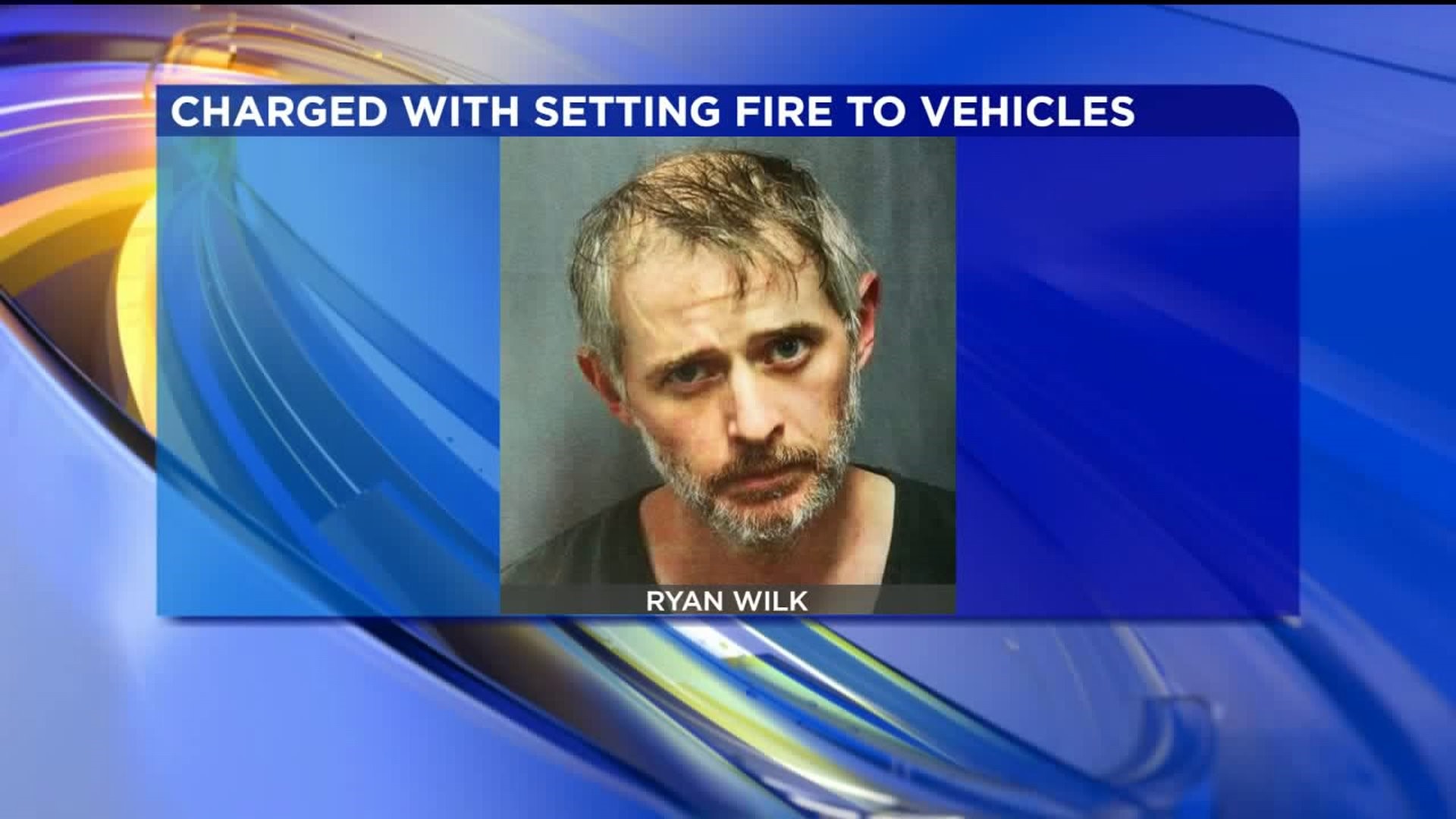 First responders were on the lookout for his vehicle after the Friday night fires when his silver BMW was captured by a surveillance camera.

"We knew from the night before, Hanover had had issues and then last night listening to the county dispatch we were able to kind of follow a pattern," Assistant Chief of the Kingston Fire Department Len Chesterfield said.

The Friday night arson spree began at J.D. Byrider in Hanover Township where two cars were torched. They believe Wilk also set cars on fire at Auto Exchange, along West Main Street in Plymouth, and at Hanover Motor Sales.

Firefighters say Saturday night around 8 p.m. the "carsonist" was back at it. He allegedly hit car lots in Exeter, Edwardsville, Larksville, and Kingston

"We had one of our engines in transit that went to assist at Edwardsville with their car fire and they were in transit back to the station when we were dispatched to the car fire at Pierce Street,” Chesterfield said.

Chesterfield of the Kingston Fire Department says they were able to contain the final car fire on Pierce Street quickly and effectively. One car was totaled, and a van parked nearby was damaged, but Chesterfield says all of the fire Wilks allegedly set could have been far worse.

Kingston firefighters say they were alert and ready to respond to more car fires should they get called in. But they hope the arrest means they're done exhausting resources on the string of arsons.

"You tie up the apparatus, and tie up the manpower plus, the danger factor,” Chesterfield said.

Local police stopped Wilks in his silver BMW near the Carey Avenue bridge in Hanover Township where he was taken into custody. State police will continue to investigate the crimes

"The police had a suspicion vehicle wise and they were able to track it back and made a really good, quick arrest last night,” Chesterfield said.